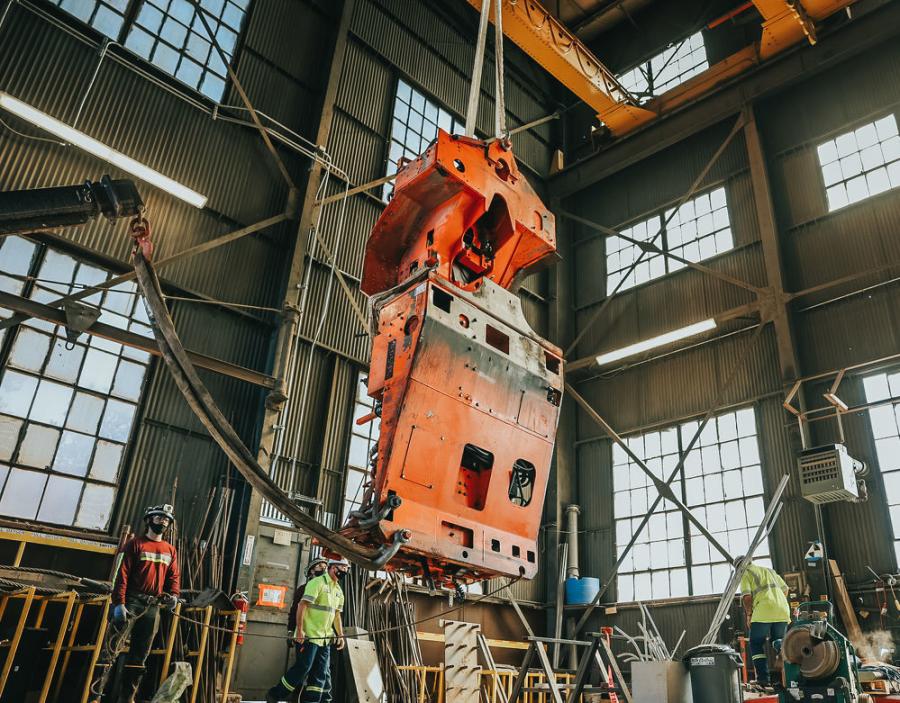 This drill rig has been disassembled to prepare it for delivery to the LBNF work area a mile underground. Prior to lowering any large piece of equipment, crews perform a test sling to understand how to rig the piece so it hangs properly while traveling through the shaft. (Adam Gomez, Sanford Underground Research Facility photo)

The Fermilab-hosted Deep Underground Neutrino Experiment is an enormous international scientific effort. More than a thousand researchers aim to shed light on elusive subatomic particles known as neutrinos — and possibly the nature of matter itself.

It's also going to be physically enormous. The experiment will send the world's most intense high-energy neutrino beam from U.S. Department of Energy's Fermilab in Illinois to huge particle detectors 800 mi. away at the Sanford Underground Research Facility in South Dakota. Each of the four neutrino detector modules will be four-stories high and more than 200 ft. long. Construction crews will excavate almost 800,000 tons of rock to create the gigantic caverns of the Long-Baseline Neutrino Facility that will house these detectors. 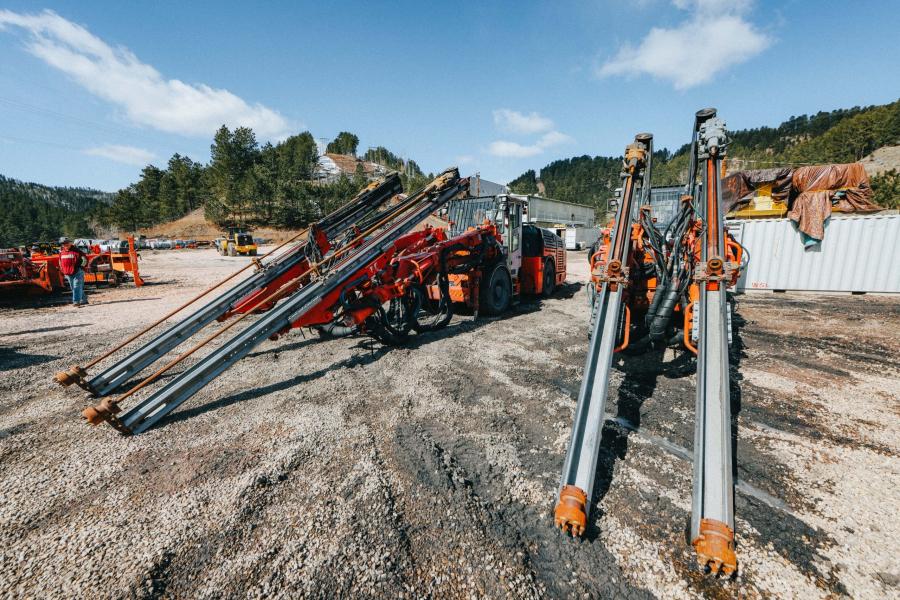 The challenge? Everything required to build the LBNF caverns in South Dakota, as well as the future particle detectors, must be lowered a mile below the surface of the Earth through a 13- by 5-ft. shaft compartment and then assembled underground, like a ship in a bottle. Even the large machines necessary to remove the rock must follow the process.

On April 5, Thyssen Mining, the company contracted to carry out the excavation, received the green light to start underground work. Thyssen will bring about 35 pieces of equipment underground — around 30 will need to be disassembled to some degree to fit down the shaft. It will take about three months to mobilize all of the heavy equipment underground.

"These machines are designed for mines, so they come in components, and the contractor looks at what size components can fit inside the hoist cage," said James Rickard, the Fermilab resident engineer managing the excavation construction. "They try to break it down as minimally as possible" to fit the pieces into the 12-ft.-tall cage. Long, narrow pieces are slung underneath the cage.

One of the first machines that will be brought in pieces down the shaft is a raise bore machine. The raise bore is being used to drill a pilot hole for a 1,200-ft.-long ventilation shaft to increase airflow and allow heat to escape from the underground lab. After the 13-in. pilot hole is drilled, the drill is attached to a 12-ft. reamer that is then pulled back up the 1,200 ft. creating the full-size shaft. The shaft will be completed in fall 2021.

Other machines Thyssen will move underground include telehandlers; multifunctional skid steers; durable load, haul and dump machines; and jumbo drills that will create blasting holes. The equipment is coming to South Dakota from Thyssen's headquarters in Nevada and Saskatchewan, as well as from project sites in the United States and Canada.

An automated rock bolter is being shipped to the site directly from the manufacturer in Finland. Its role is to install 20-ft.-long steel bolts into the cavern, reinforcing the roof and walls. The machine boasts an advanced computer control system to accurately position the bolts, as well as advanced safety features and lower emissions. It will be one of only two such machines in the world. 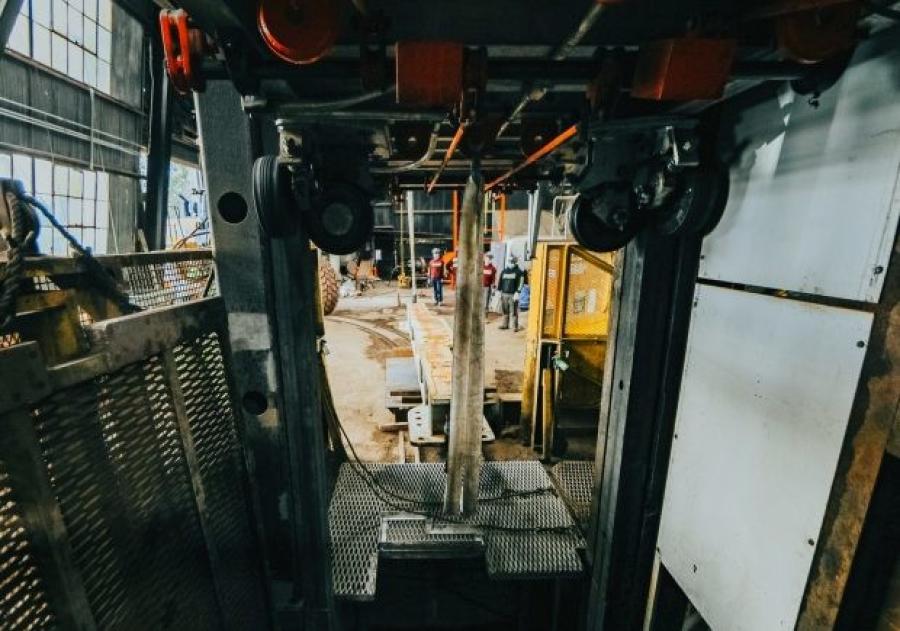 Machines that have already arrived are being stored at an offsite yard, waiting their turn to be brought to the subterranean construction site. Once underground, the equipment will be stored in existing drifts and tunnels until an equipment and maintenance shop can be established.

The first underground blast for LBNF by Thyssen is scheduled for June. The main cavern excavation work will begin in August and continue for two-and-a-half years.

"It's a pretty exciting time," said Andrew Hardy, Thyssen's project manager for the excavation. "We thought we already had a lot of activity up to this point, but now it really begins."

Once the subterranean work gets going, Thyssen will use the cage hoist daily to transport not only machinery but also materials, safety supplies and people. The company has contracted 90 miners, mechanics and electricians split into three rotating crews, along with a surface support team of engineers, planners, buyers, safety coordinators and administrators, to keep the work going 24/7.

There is much excitement about moving towards the more substantial construction work for LBNF after over three years of pre-excavation work and reliability projects such as refurbishing the nearly 90-year-old hoists.

"I can't wait," said Fermilab's Michael Gemelli, the LBNF Far-Site Conventional Facilities project manager. "I'm looking forward to the next stage of this project. The site project team has done so much great work to set the stage for the excavation work to commence."