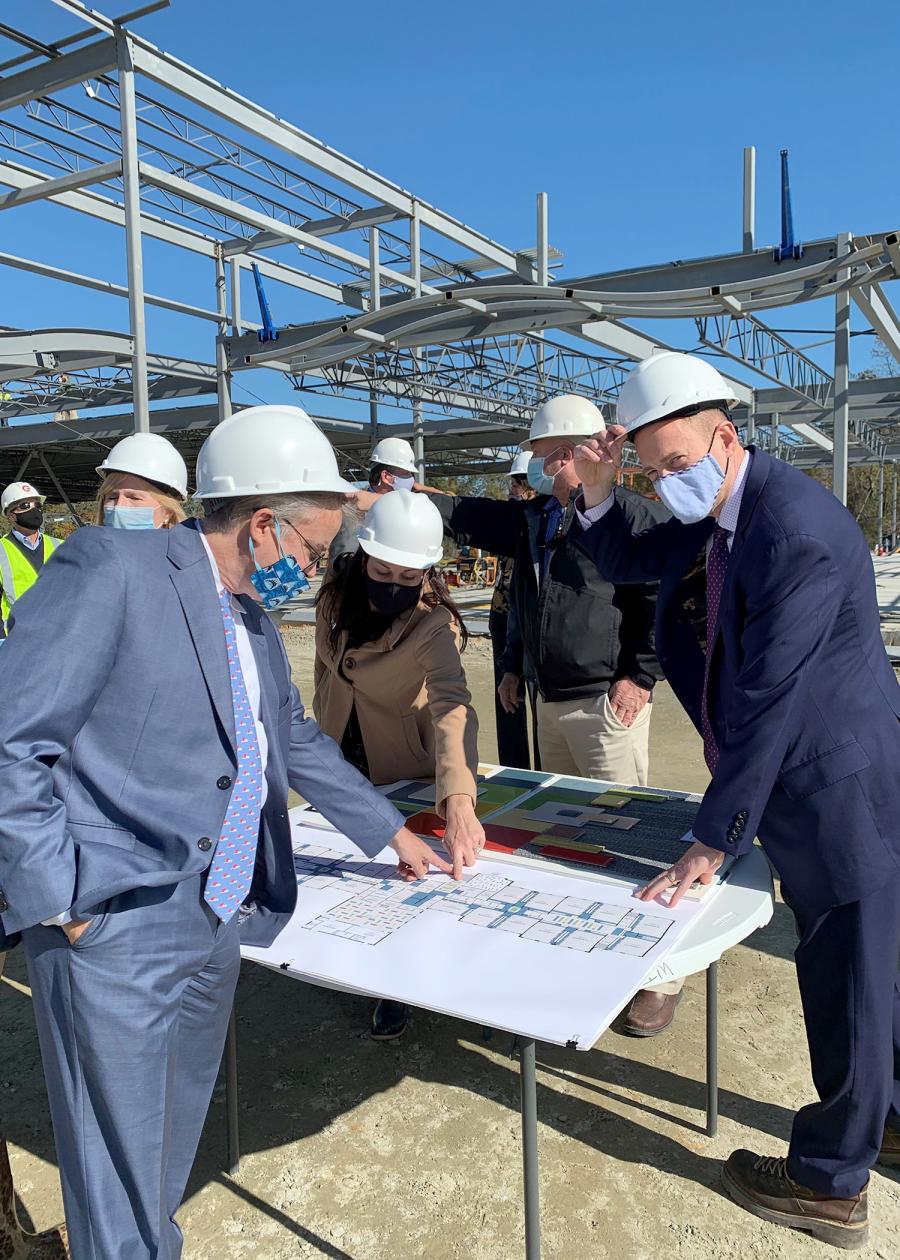 One of the Appoquinimink School District's historic buildings could finally see the updates the Delaware district has sought for years after the state approved its certificate of necessity (CN).

Meanwhile, the southern New Castle County district's eventual new schools and campus, made possible by a 2019 capital referendum, have officially been named ahead of their construction.

Appoquinimink's certificate of necessity concerning Louis Redding Middle School has been approved by the Delaware Department of Education, meaning the historic building is closer to a massive renovation.

"We are so excited for our Redding family and for our district to be able to bring [the middle school] to the 21st-century learning environment and do renovations that are much needed," Superintendent Matt Burrows told the school board Nov. 10.

"I know the staff and the community are super excited there."

The district hopes to increase the student capacity from 796 to 1,000. It will preserve the historic facade within the front entrance and maintain the 2006 auditorium addition, while addressing significant infrastructure deficiencies and updating the learning environment.

The construction would cost just shy of $57 million.

With an approved CN, the district could be coming to its community for a capital referendum.

"The great news is that it has been approved, and we'll have more information going forward with that and what the next steps are," added Burrows.

Named for Delaware's pioneering civil rights attorney, the school was built in 1952 and began as the district's African American school for grades one through 12, according to Redding Middle's website. In 1968, the school was integrated and became Louis L. Redding Intermediate School and included grades five through eight. Currently, the middle school serves grades six through eight.

As part of the Appoquinimink district's 10-year comprehensive plan, there is a three-phase referendum in place. The 2016 referendum is wrapping up with projects at Silver Lake Elementary and Meredith Middle School, Burrows reported at the board's October meeting. Redding Middle was part of the initial ask to the state but was denied then, again in 2018 and in 2019.

"We made a promise to our community and to our stakeholders that we were going to continue to fight for Redding and make sure that it got the renovations and rebuild what it needed," Burrows maintained in October.

About a year ago, the district sought $58 million in funding for capital projects to address its unceasing growth in the form of new school buildings. The needs arise from a rising population in the area, which has led to overcrowding at several elementary schools.

On Nov. 10, the Appoquinimink District school board voted to formally name its new early childhood center Brick Mill Early Childhood Center, going hand in hand with the nearby elementary school. The district had a "beam-topping" ceremony for the building earlier this month, with the final piece of structural steel placed atop the construction project.

In a "land swap" with the town of Middletown, the district is constructing the early education center next to Brick Mill Elementary School. The new center will house 330 kindergartners with a projected opening in the fall of 2021. Meanwhile, the school board also approved the name for its newest campus on a 142-acre plot of land across from the Summit Airport in Middletown.

Summit Campus will begin with a new elementary school, but eventually will become a group of full K-12 facilities. The elementary school, named Crystal Run, has an expected fall 2023 completion date, and is anticipated to hold 840 students.