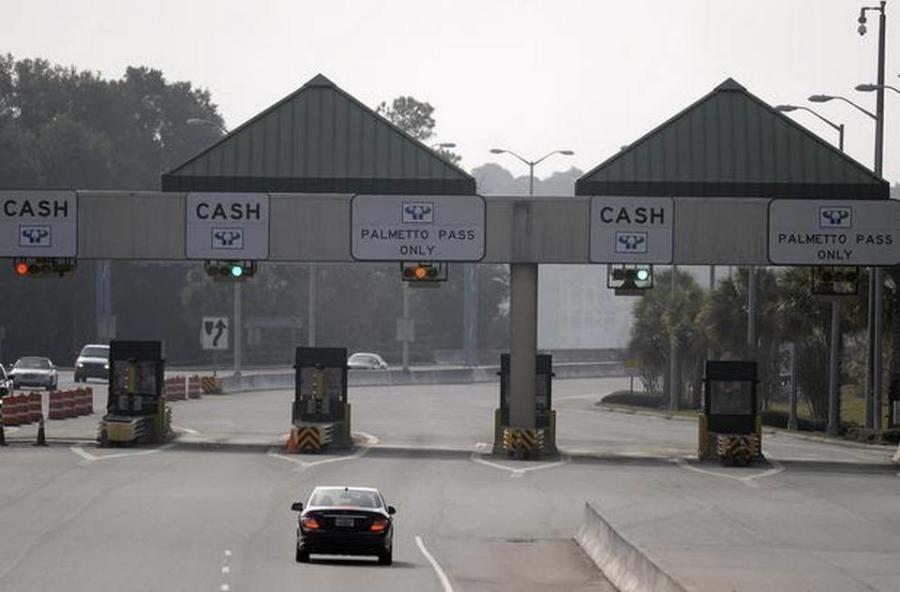 Cars approach the toll facility on Hilton Head Island’s Cross Island Parkway. The tolls were dropped in 2021, and the booths are expected to be removed in 2022. (The Island Packet photo)

The South Carolina Department of Transportation (SCDOT) has released a timeline for the demolition of the Cross Island Parkway and bridge toll booths on Hilton Head Island, one of the most beautiful vacation destinations in the southeast.

Pete Poore, an agency spokesperson, confirmed to the Island Packet earlier in February that the work is expected to begin in March and be completed in May.

APAC Atlantic Inc., the Savannah, Ga.-based asphalt contractor, will have 60 days after the start of the project to remove the toll facilities and restripe the area's travel lanes, Poore wrote in a statement to the Island Packet, Hilton Head's news source.

The contractor and SCDOT plan to limit their work to evening hours, according to the town of Hilton Head Island. There will be no lane closures during the day or on federal or state holidays. In addition, all lanes will be open between April 8 to 20 to prevent disruptions during this year's RBC Heritage golf tournament at the Sea Pines resort, near the island's southwest tip.

The Island Packet found state record showing that in January, SCDOT awarded a $12.7 million contract to APAC Atlantic to complete the demolition.

The project also will include "pavement removal, pavement reconstruction and resurfacing, and signage and striping along the parkway and ramps" from U.S. Highway 278 Business to the Charles E. Fraser Bridge, the town recently announced.

This added work is expected to be completed by the end of the year.

The planned demolition comes in the wake of the Cross Island Parkway officially dropping its $1.25 fare on Hilton Head last summer, just a few days before the island's busy Fourth of July holiday.

The 7.5-mi. parkway is a common route for people who live or work on the island's south end. Tolls were first collected on the parkway in 1998 to repay bonds that were issued to build the road, among other things.

Due to the coronavirus, tolls were dropped from mid-March to mid-June in 2020. That led some Hilton Head Island leaders, including former Town Manager Steve Riley, to discuss trying to permanently drop the user fees following that closure.

But Riley later told the Island Packet, "It quickly became apparent that we would have to find the money [to pay off the bridge], and that wasn't in the cards for us."

When previously asked by the news outlet how SCDOT could stay on schedule and drop the Cross Island Parkway's tolls in 2021, even after the three-month closure in 2020, an agency official said the project's bond maturity date was set and, by state law, that was when toll collections had to end, regardless of COVID-19 and hurricane evacuation toll suspensions.