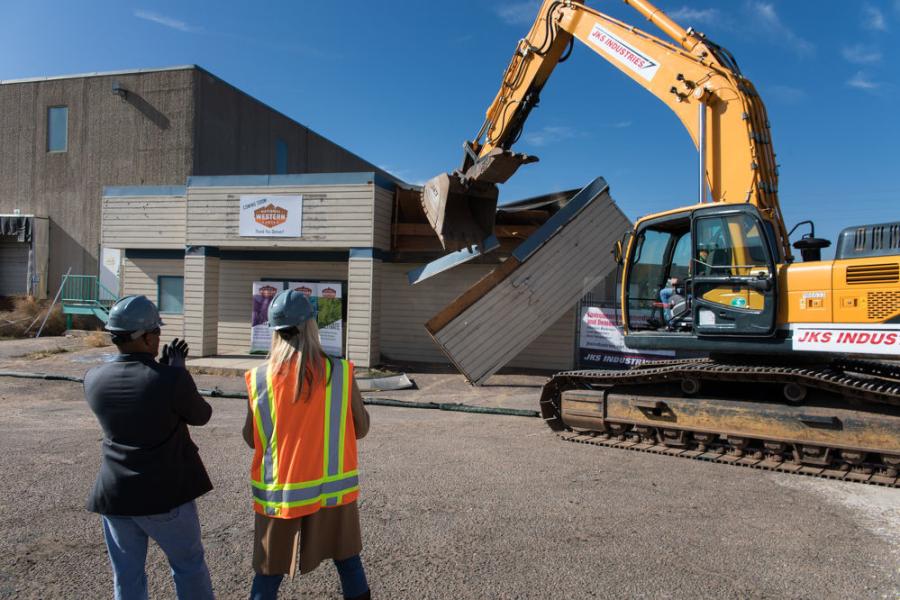 The project kicked off with a groundbreaking ceremony and the demolition of the former International Paper building in Elyria-Swansea. Denver Mayor Michael Hancock and Program COMS Director Marcy Loughran looked on.

The city of Denver, along with government, education and trade partners, is embarking on a billion-dollar project to promote research and progress in agriculture for the next 100 years. The National Western Center, home of the National Western Stock Show, will provide a broad focus on entertainment, food, animal health and performance, water, energy, agriculture, rodeo, livestock, equestrian and sustainability and the environment on a new 250-acre campus.

The National Western Center, when complete, will transform the National Western Complex site into a year-round global destination for agricultural heritage and innovation. The Center's global reach also will have a powerful local impact by increasing neighborhood access to the South Platte River, adding bike lanes and running trails, and providing jobs and educational opportunities to surrounding neighborhood residents.

In October 2015, the Western Stock Show Association, Colorado State University System and the city and county of Denver signed a non-binding term sheet including governance and financial commitments from each partner to begin formally working together to move the project forward.

At the end of 2015, the state of Colorado Office of Economic Development and International Trade also awarded the city and county of Denver with a grant from the Regional Tourism Act worth $1.21 million. This funding is specific to tourism elements of the future site.

The Framework Agreement signed in September 2017 solidified the responsibilities of each partner. The city and county of Denver is responsible for designing and building phases 1 and 2. By the end of 2017, the Mayor's Office of the National Western Center completed the program structure to include schedule and other elements associated with all campus construction for phases 1 and 2. Saunders Construction of Englewood, Colo., was named as the integrated demolition contractor a month earlier in August. Saunders will provide project and property management services, procurement services, demolition, abatement, and minor site remediation services.

Denver Mayor Michael Hancock celebrated two years since Denver residents overwhelmingly said 'yes' to the vision of the National Western Center. At that time, Denver voters approved the issuance of bonds or other obligations in an amount not to exceed $765 million dollars from a 1.75 percent tourism tax on hotel rooms and rental cars. The revenue from these taxes will be divided between the National Western Center redevelopment and improvements to the Colorado Convention Center.

“Today, we begin to realize that vision and deliver on that promise,” Mayor Hancock said. “That vote of confidence, and the phenomenal work of all the campus partners, has led us to this ceremony and the bright future for this campus and this community.” 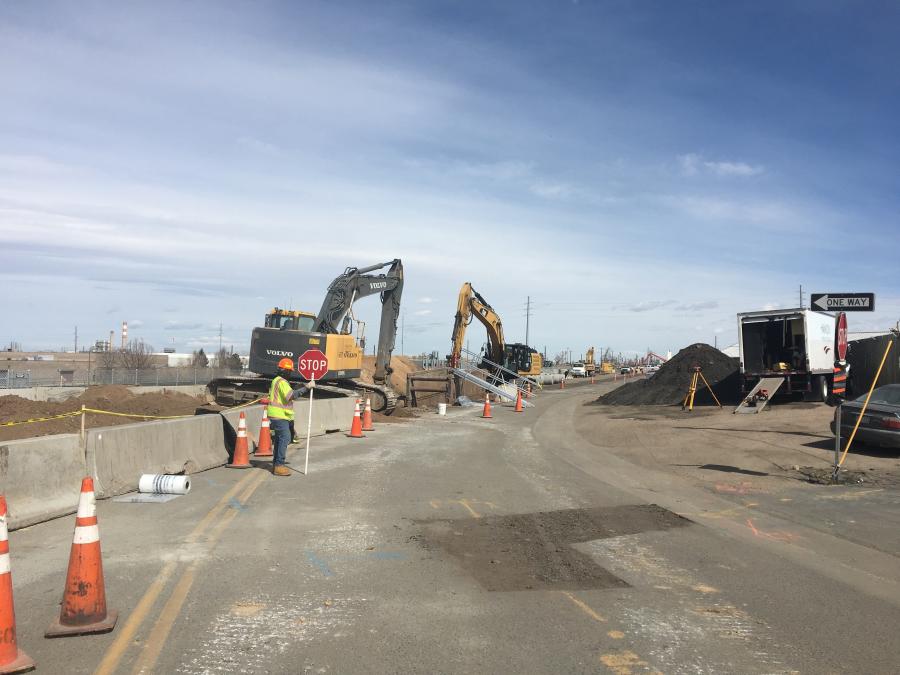 “We celebrate the next 100 years of agriculture and the promising future of our western heritage for generations to enjoy,” said Paul Andrews, president and CEO of the National Western Stock Show. “With the completion of the Master Plan and framework agreement for the NW Center, a sustainable business model is in place to strengthen the National Western Stock Show for centuries, to be enjoyed by exhibitors and attendees from all over the world.”

The new facilities could bring at least 88 new events and 910,500 new visitors to the complex, annually. Stock Show and non-Stock Show spending is projected to reach nearly $180 million annually, with total tax impacts of $11.4 million. Incremental new taxes are projected to be $5.1 million of that annual total, with $4.3 million attributed to out of town visitors.

The new arena plans include replacement of the 8,140 seat Denver Coliseum with a new 10,000 fixed-seat, multi-use arena with up to 40 suites and opportunities for rodeo, hockey and a variety of other year-round events. This recommendation included studying the reuse of the Coliseum for other purposes. 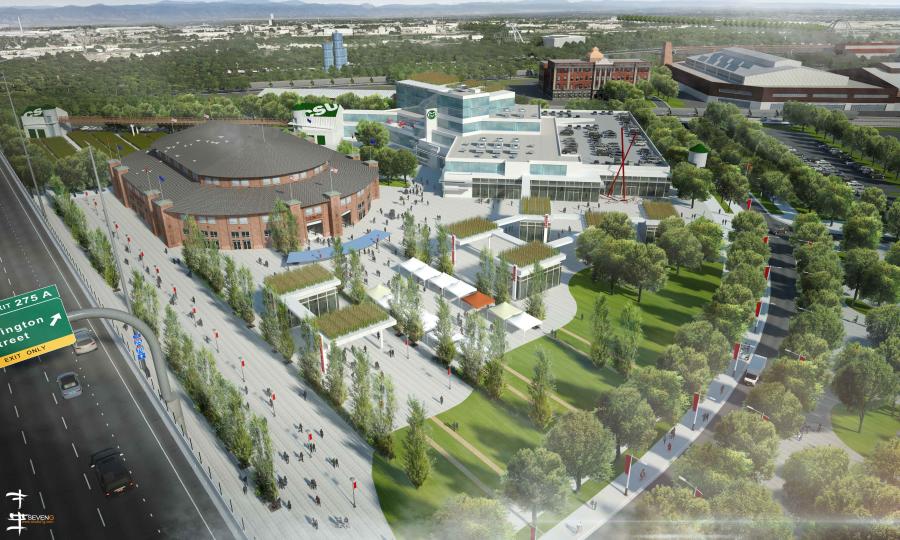 The current 4,777 fixed-seat Events Center will be succeeded with a 4,500 seat (2,500 fixed), concrete floor, multipurpose Equestrian Events Center, with adjacent staging and warm-up areas. Trade Shows will be the focus for the new multipurpose Exposition Hall with 350,000 gross leasable sq. ft.

Show directors are exploring the idea of extending the National Western Stock Show by seven days, with the possibility that total attendee days could increase by 170,000 to 920,000. It is projected that new facilities could generate 750,000 attendee days, or approximately 47,000 per day over the current 16-day time frame.