Denver Voters Agree to $937M Worth of Bond Measures 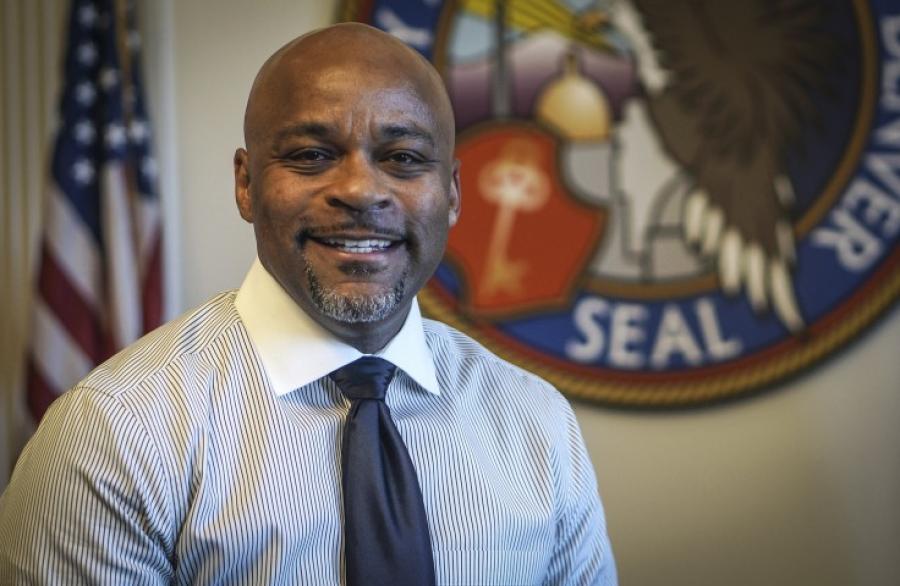 "The people of Denver have delivered an overwhelming vote of confidence in our city,” said Denver Mayor Michael Hancock. (Stephanie Wolf/CPR News photo)

“The people of Denver have delivered an overwhelming vote of confidence in our city,” said Denver Mayor Michael Hancock. “Because they voted yes on these bonds, we can move to protect and improve critical infrastructure in our neighborhoods, keeping Denver a city that works for everyone.

These bond-funded projects will fix our streets and create new ways to get around town; protect and revitalize our parks, playgrounds and recreation centers; increase access to health care; and maintain and repair our libraries, zoo, museums and theaters — all without raising tax rates.

These bonds aren't just about building projects — they are about building lives. We will be working hard to ensure that the Denver people benefit from their bond by building access to skills and job training necessary so they can build careers.”

The city is able to finance the projects without increasing tax rates because existing bond debts are being paid down at the same time property values are increasing, noted Courtney Law, communications director of the Department of Finance for the city and county of Denver.

The county-wide projects fall into categories of Transportation and Mobility, Cultural Facilities, the Denver Health & Hospital Authority, Public Safety, Libraries, Parks and Recreation and Public Facilities, and range in price from the relatively inexpensive $850,000 for street improvements to $101 million for city wide repaving, curb and gutter repair and major bridge rehabilitation.

The Central Library will get $38 million for renovations to its downtown branch, the largest in the county's library system and the “backbone of the system,” said Tykus Holloway, deputy chief projects officer for the Officer of the Mayor.

The project statement describes the scope of the project as addressing significant safety and security issues, correcting deferred maintenance and reconfiguring the building to allow for modern library programs, services and resources.

“This phase of the project concentrates on infrastructure and deferred maintenance throughout the 540,000-square-foot building but reconfiguration of spaces for safety, security and programs in the basement and first floors only.”

The most notable projects are not necessarily those with the biggest price tag, noted Holloway, but often those that have been long-awaited and will enhance the quality of life and make the city safer, such as a new $9.4 million bridge.

“One notable one we like to highlight is 47th and York Bike Pedestrian Bridge,” Holloway said. “This is going to be a bridge over heavy freight railroad tracks in North Denver. Children who are headed to school have to cross this railroad track and oftentimes are late to school because the trains are blocking the way. It was a planned improvement for many, many years. We really feel that one is noteworthy.”

There's also $20 million to make the busy Colfax Corridor safer for pedestrians and $55 million to make improvements to the Colfax bus rapid transit. The latter will be used to upgrade station areas to improve the “bus experience as one of our mobility options to move more people.”

Holloway called a new $37.5 million recreation center on the west side of town the jewel in the parks list of projects.

“It's key for our Hispanic population that was really vocal about wanting and needing a place where the community could gather for youth and seniors. We're really excited about putting in a facility they've never had in Denver,” Holloway said.

Likewise, a new $15.6 million indoor pool in northeast Denver will provide the opportunity for residents to learn to swim in an area where the population historically does not know how to swim.

“We wanted to see the benefits for the wellbeing and safety of being able to swim,” Holloway said.

The Green Valley Ranch pool is one of more than a half a dozen pool, playground and recreation projects funded in the bond package.

The timeline for completing the projects is still open, but the city hopes to see the design phases begin by mid 2018, Holloway said.

“We're working on more specifics on timeline and duration. We said one of our major themes was that they needed to be more ready than not. Not just a bright light in the sky, but the projects absolutely need to have some readiness to it. We're generally anticipating to have all the projects done in a 10-year time frame, if not sooner.”