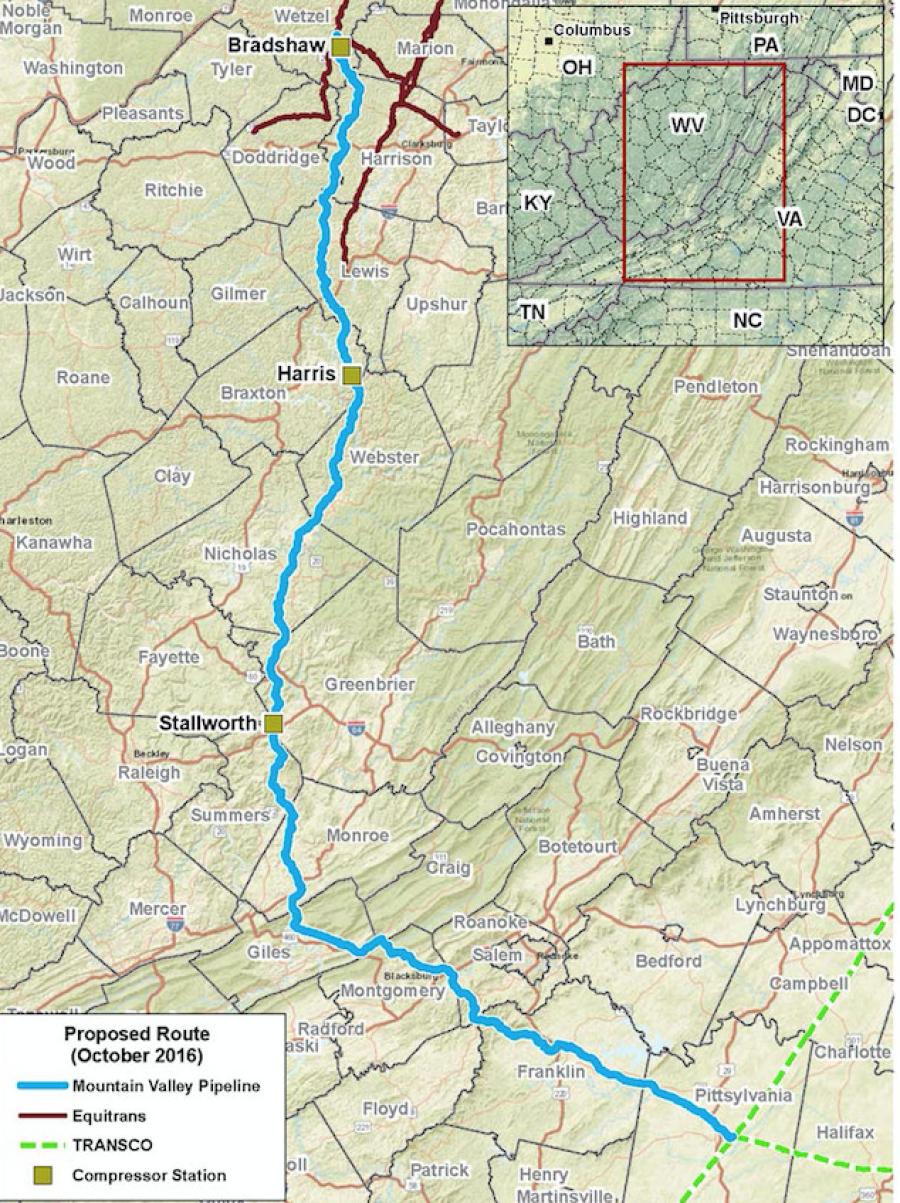 
ROANOKE, Va. (AP) Developers of a natural gas pipeline set to run through West Virginia and Virginia said the project's cost has risen from $3.7 billion to $4.6 billion.

A Mountain Valley statement said about half of the increase is due to a construction lull in August. That pause was due a federal appeals court invalidating two permits and the Federal Energy Regulatory Commission ordering work halted.

The project has been in the works since 2014 when Mountain Valley estimated its cost at $3 to $3.5 billion. It hopes to finish the project by the fourth quarter of 2019.