Development and Construction Projects Under Way All Across Connecticut 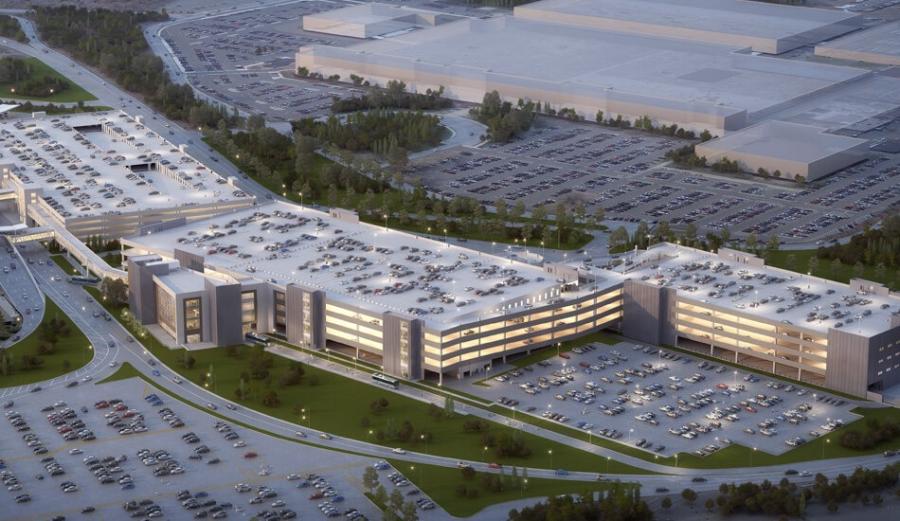 Wherever you go in Connecticut, a new building is going up, a road is being reconfigured and airports are being expanded. Major projects are happening all around the state.

While the construction may be a burden to residents and travelers now, when it is complete, officials hope people can more quickly go where they need to be, find parking easier and enjoy the region a little more.

Here is a look at some of the major development projects impacting the state and when they should be completed, according to CT Insider:

Bradley International Airport, north of Hartford, completed its $210 million ground transportation center in July and already has its sights set on other projects. At the same time, the airport received a $20 million federal grant that will go toward a larger $185 million redevelopment of Bradley's facilities. That project is expected to take about two years, officials said last summer.

The money will be used to increase the capacity of the ticket counter area and improve baggage handling throughout the airport. The centerpiece of the effort will be moving the baggage security screening machines from the area next to the ticket counters to an 80,000-sq.-ft., multi-level addition on the rear of the terminal building, according to Kevin Dillon, executive director of the Connecticut Airport Authority.

CT Insider in Norwalk reported the grant will also allow the airport to meet certain requirements in the Americans with Disabilities Act and enhance other requirements that have already been met.

The project, costing about $240 million, is nearing its end. The work included moving an exit ramp on I-91 to provide an extra lane and ease safety concerns from merging traffic. The work started in 2019, and included resurfacing lanes in the area, updating signage and installing more drainage.

In addition, the main I-91 roadway was improved, with a stretch from exits 27 to 29 getting an extra lane to ease traffic congestion.

Officials and developers in Hartford have been trying to revitalize the area near Dunkin' Donuts Park for years, but the situation has been held up by roadblocks and legal issues. The home of the Hartford Yard Goats minor league baseball team opened in 2017, but an ongoing lawsuit involving the original developer of the baseball stadium — who was later fired and replaced — threatens to keep the situation in limbo.

A new apartment building, The Pennant at North Crossing, opened this year directly across from the stadium, and developers hope to break ground on similar projects in the area soon, CT Insider noted. An unrelated project just blocks away to create a mixed-use building on undeveloped property is awaiting city approval, with its developers hopeful they can break ground in 2023.

Located between downtown and the city's North End, officials hope the development of the North Crossing area can be part of a larger revitalization of the city. 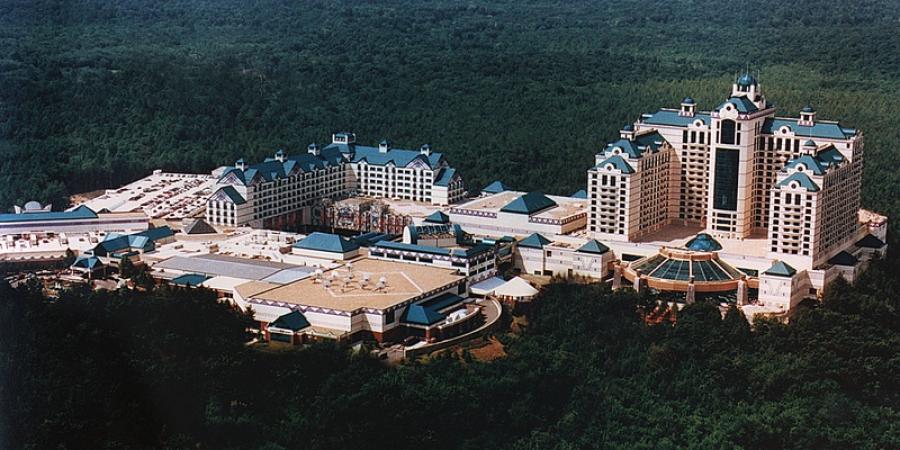 The largest resort casino in the Northeast is adding more space for its 30th anniversary. This month, Foxwoods Casino will open its 80,000-sq.-ft. Rainmaker Expo Center for trade shows and sporting events.

The resort also will begin construction on an $85 million project to add 50,000 sq. ft. of gaming space and a 13,000-sq.-ft. restaurant to the Ledyard, Conn., entertainment facility.

Officials announced in September that the new casino is set to open next summer in Foxwoods' Grand Ballroom. It will include a celebrity chef-owned restaurant and a gaming space with table games, slot machines and a high limit slot machine.

Foxwoods also plans to build an indoor water park and hotel in partnership with Great Wolf Lodge, the casino said last winter. The facility will open in 2024 adjacent to the casino. 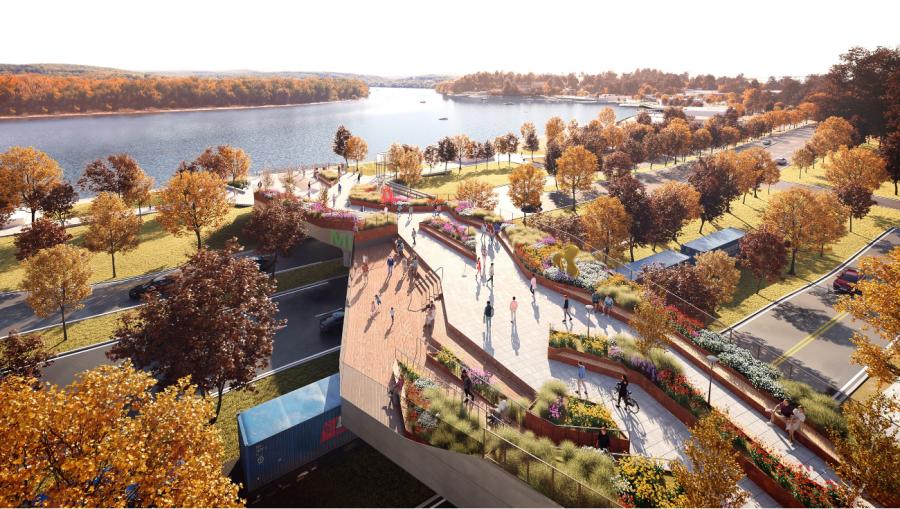 A massive, 10-year primary plan of riverfront redevelopment, now in its initial stages, recently received a $12 million infusion from the state, according to CT Insider. Middletown officials, though, plan to continue pursuing other grants. The money will be instrumental in allowing the cleanup and demolition of a trio of properties along the Connecticut River that will help kick off the city's Return to the Riverbend project.

The overall goal of the effort, created by Cooper Robertson of New York, is to reconnect Middletown with its riverfront — something lost when Connecticut Route 9 was built — by creating vibrant arts and culture, entertainment, retail, market-rate housing, public spaces, and, most notably, a pedestrian bridge over the roadway.

Already, there are several developments under way or in the planning stages on and right off Main Street to build hundreds of apartments, and some business space downtown, by refurbishing and repurposing older facilities.

When Conn. 9 was built, several streets near the river were either eliminated or neighborhoods were cut off, forcing residents to navigate a maze of confusing streets to get downtown, over the bridge to Portland, and to the highways.

The concept of a pedestrian bridge from near the police station, on Main Street, with people walking over Conn. 9 to Harbor Park on the Connecticut River, where lots of economic activity will be generated, is a symbol of the long-lost connection coming back to Middletown.

Connecticut Route 8/I-84 Mixmaster in Waterbury 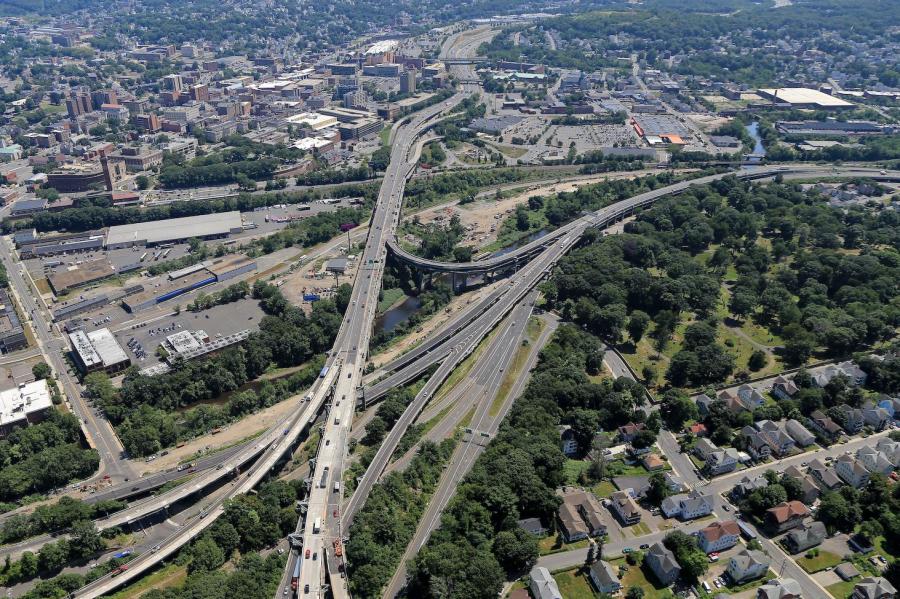 An effort to rework the Conn. 8 and Interstate 84 interchange in Waterbury also is under way and will provide a 25-year service life to roads and bridges connecting the two roadways, including full replacements for some bypasses and decks.

With an expected cost of $212 million, according to the CTDOT website, the construction was originally slated to conclude this year, but is now planned to finish in June 2023.

State transportation officials also decided to build a temporary bypass in the area while construction continues.

"Deck patching, deck end reconstruction, waterproofing membrane installation, paving, joint installation, steel repairs and strengthening, painting and substructure repairs, and the installation of sign support structures are all in progress on both sides of I-84 through the Mixmaster," according to CTDOT. 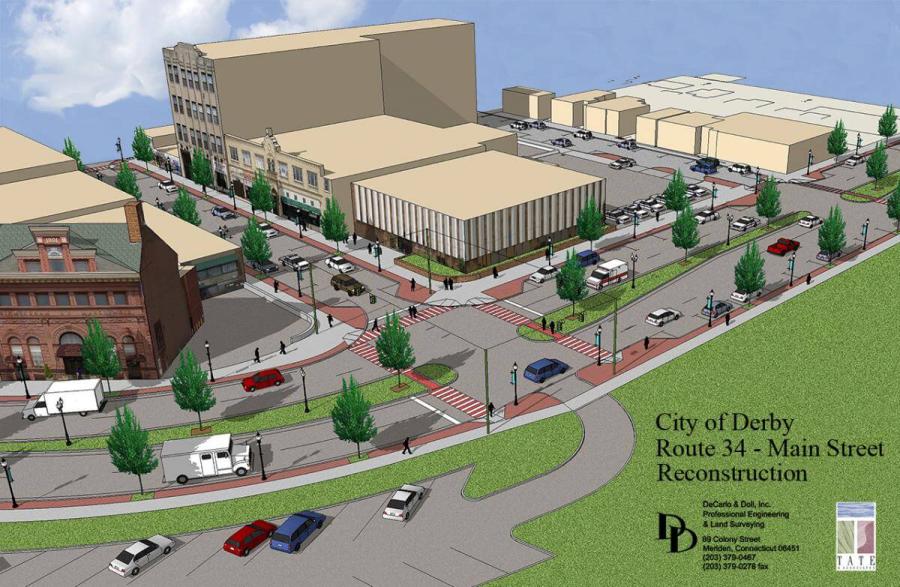 A large expansion project on Conn. 34 through Derby is finally under way after more than a decade of delays, CT Insider reported. The state highway runs southeast from I-84 in Newtown to I-95 in New Haven, but it also functions as Derby's Main Street, where it narrows from four lanes to two through downtown and its multiple stop lights.

The construction is meant to double the number of traffic lanes in Derby, along with adding angle parking on both sides of the street as well as pedestrian access. To carry out the work, crews demolished the more decrepit buildings that lined Main Street. 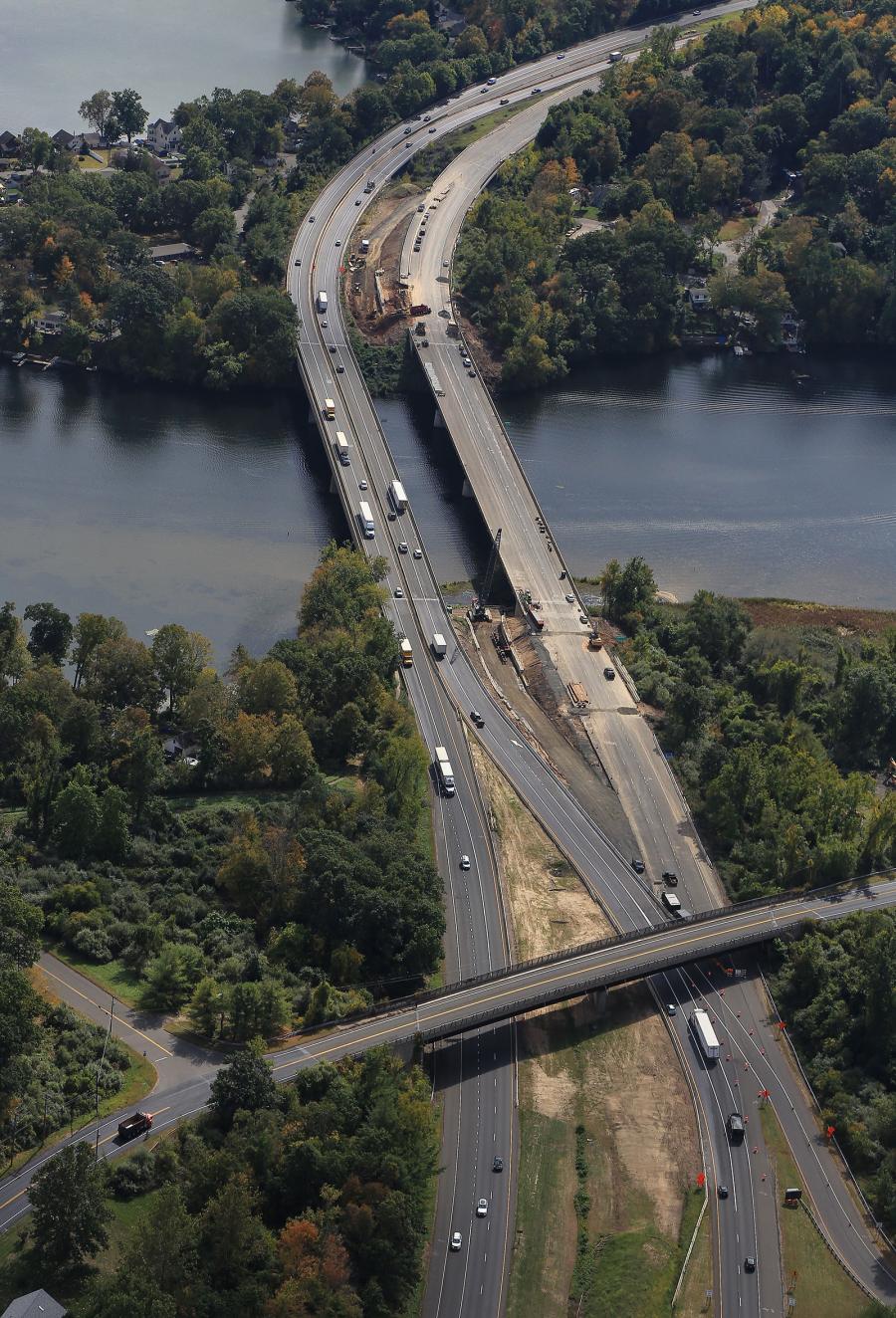 The reconstruction of the Rochambeau Bridge began in June 2020 and is set to be completed by the end of 2023.

The work involves rehabbing the two spans that make up the bridge and carry I-84 across the Housatonic River. The structures connect the two towns of Southbury and Newtown.

Since there are a pair of existing bridges, each one is being used for traffic in both directions while work is done on the other crossing. Workers finished the first half of the project in early 2022 and reopened the westbound bridge before making improvements to the eastbound side.

The total cost of the reconstruction is approximately $53 million, according to CTDOT.

The new Stamford Transportation Center parking garage will serve one of the state's busiest train stations.

City and state leaders broke ground on the $81.7 million, 928-spot edifice in October 2021 to much fanfare. The car depot is meant to replace a crumbling garage on Station Place, directly across from the station.

Plans for the new building on Washington Boulevard include improvements to the roads surrounding the garage — dedicated lanes for buses, rideshares and taxis — and direct pedestrian connection to Track 5 of the train station where the Metro-North Railroad takes passengers down to Grand Central Station in New York.

The garage is expected to be finished by next summer, according to CT Insider.

Hartford County residents have wanted to reimagine I-84 and I-91 for years, but most proposed projects have not gotten off the ground. At issue: I-84 effectively takes a massive chunk out of downtown Hartford, dividing the area from the North End.

U.S. Rep. John Larson, D-Hartford, has proposed a renovation that would put the two highways in underground tunnels and allow the city to reclaim the space taken up by the massive roadways. But that project has not seen major progress.

Another potential project, to build a new bridge to move the path of I-84, also has not gained momentum.

In 2021, yet another group proposed a similar project as part of Hartford 400, a series of development initiatives to complete as the city nears its 400th anniversary in 2035. But CT Insider found that that project is still in the "idea" phase, according to the Hartford 400 website.