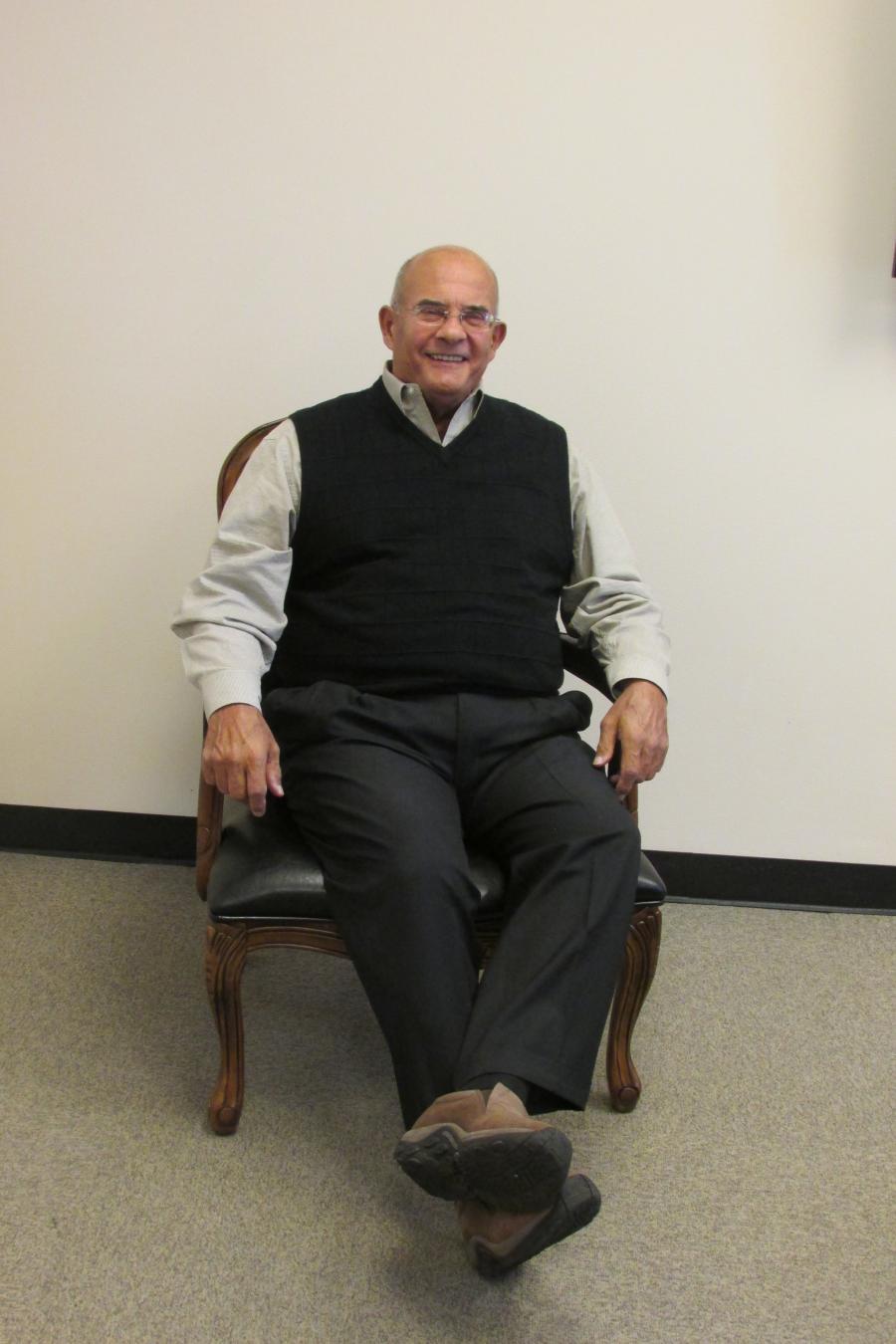 Pat DiCicco of Eagle Power & Equipment in Montgomeryville, Pa., has had a long, successful, distinguished career filled with milestones. In January 2021, he celebrated another one — 50 years working for the same company.

Pat DiCicco of Eagle Power & Equipment in Montgomeryville, Pa., has had a long, successful, distinguished career filled with milestones. In January 2021, he celebrated another one — 50 years working for the same company.

DiCicco originally started in the construction equipment business in 1967 with State Equipment Corp., which was an International Harvester dealer in Philadelphia. He worked as an assistant parts manager there until 1971, when he decided he wanted to get involved in another important aspect of an equipment dealership.

"I wanted to get into sales and a position was available at Case Power & Equipment for a trencher salesman," he said. "I was given a truck and trailer and did my own demos and deliveries … whatever it took to get a sale."

DiCicco worked in this position until 1973 when a full Case line territory became available — he eagerly went to work getting to know the majority of the Philadelphia contractors, as well as in neighboring Bucks County, which was added to his responsibilities.

He continued in this role, getting to know his customers to the point where they weren't really customers anymore — they were truly friends, who just happened to also need equipment. During his tenure, there was another transformative moment. In 1996, Gerald "Gerry" McDonald acquired Case Power & Equipment and Eagle Power & Equipment was born. While the name and ownership changed, DiCicco's goals did not — for him, it was always about and remains forming lasting bonds with the customers.

"The relationships I have formed with my customers has truly made it a pleasure to go to work every day," he said.

In 2015, while he could have retired, he didn't and he assumed the title of key account manager and relinquished his full-line territory. It's a role he still fills today. And it's what he does and for whom he does it — Eagle Power & Equipment — that keeps him going.

"What differentiates Eagle Power from other businesses and dealers is the dedication and comradery we have built over the years and, most of all, trust," he said. "The construction industry is a relationship-based business and we do our best to satisfy our customers' needs. We really believe we are an extension of our customers' businesses."

He also credits his wife, Kathleen, and his large family for her and their continued support of his career. "I have a great wife of 55 years and a very supportive family — four children, five grandchildren and three great-grandchildren," he said.

DiCicco's virtually lifelong commitment to Eagle Power is greatly appreciated and admired by not only his peers, but also Matt McDonald and his sister, Bridget McDonald, president and vice president of the company, respectively.

"Pat [DiCicco] has spent years cultivating relationships with his customers and he has earned not only their business but also in numerous cases, their friendships," said Bridget McDonald. "Pat is held in high regard by customers, coworkers and competitors. We are extremely fortunate to have Pat in our lives; he truly lights up any room with his wonderful personality and his endless sense of humor."

"Pat is more than a legend … he is an icon here at Eagle Power," said Matt McDonald. "Pat is truly synonymous with Eagle Power and Case. We are very fortunate to have many long-time employees in the Eagle Power family and Pat is one of the heads of that family."

DiCicco not only continues to be very active in his work, he's simultaneously involved with other activities and responsibilities, as well. "Forever a city of Philadelphia kid and product of Roman Catholic High School at Broad and Vine in Philadelphia," as he calls himself, he has been a first responder for 30 years and like to golf and row on the Schuylkill River.

While many people like to circle a specific date when they'll officially retire, DiCicco won't be doing that anytime soon.

"What keeps me going is very simple … I would miss it," he said. CEG