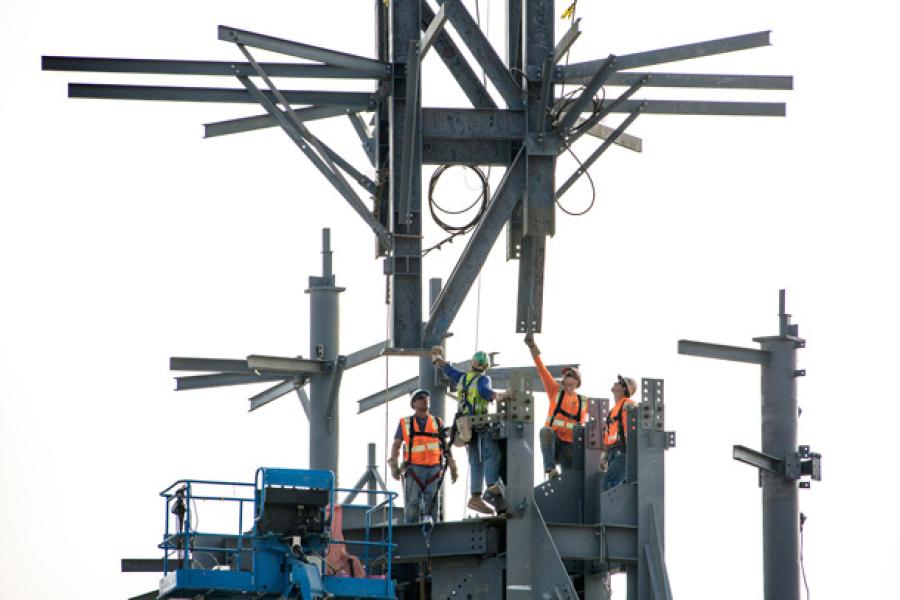 Crews erected a 130-ft. star-shaped steel spire with a crane

Crews erected a 130-ft. star-shaped steel spire with a crane the week of Aug. 22.

"This milestone capped off the infrastructure for a 130-foot-tall rock spire, the highest point in the new land," said a Disney spokesperson. As a part of Disney tradition, every Disneyland cast member was invited to sign the steel beams that made up the spire before it was put into place.

Both an American flag and an evergreen tree were placed at the top of the spire to represent unity, said a Disney Imagineer, the company's name for employees responsible for theme park creation, design and construction.

At the end of 2016, fans had the opportunity to take a sneak peek inside the Star Wars: Galaxy's Edge construction zone.