Don't Mess With Texas — Clean Up in The Lone Star State 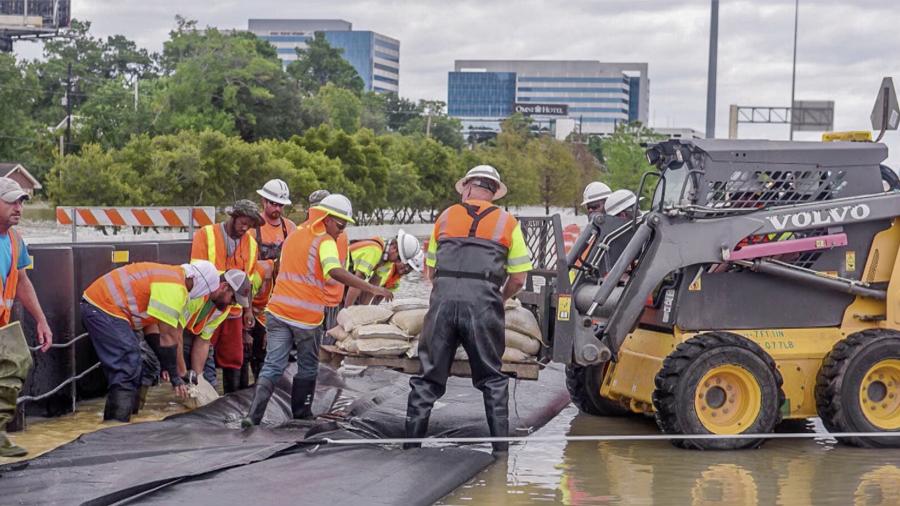 More than 1,500 TxDOT employees have been on hand to monitor damage and respond to the situation. (TxDOT photo)

Even before Hurricane Harvey slammed into Texas, preparations were made by transportation authorities to deal with the aftermath of the storm. As flood waters recede, the true extent of damage to the state's roads, bridges and infrastructure becomes more apparent.

Washed out roads, damaged bridges and sinkholes are being uncovered. As of press time, 118 roads remain closed due to damage, down from more than 530 on Aug. 29. More than 1,500 TxDOT employees were on hand monitoring and responding to situations.

"While roads are under water, all we can do is put up barricades and redirect traffic, for the most part," Marc Williams, TxDOT deputy executive director told the Texas Tribune.

TxDOT spokesman Bob Kaufman explained to the Tribune repairs were being made as soon as it was safe for crews to do so.

The Port of Houston was closed for a week, reopening on Sept. 1 with restrictions, due to the swift current in the channel. In a statement, the Port reported "no evidence of flooding on terminal. No visible damage to containers, cranes or other terminal equipment."

At the Port of Corpus Christi, a drillship broke loose from its moorings during the storm. The ship ran aground, blocking the entrance. According to the Coast Guard, the vessel was freed on Sept. 4. At press time, the Port has reopened, but with a restriction of vessels with a draft of no more than 43 ft.

Ships were lined up, ready to deliver cargo to Texas ports. At one point, 22 oil tankers were waiting off the Texas coast, ready to unload. At press time, in addition to Houston and Corpus Christi, the ports in Galveston and Texas City ports were open on a limited basis. Freeport and Brownsville ports were open without restriction.

Rail service also is being restored as conditions improve. BNSF reports "significant progress in restoring rail service and facility operations in the Houston area and other areas of southeastern Texas," and states its engineering teams will continue to inspect and evaluate affected areas.

On Aug. 29, U.S. Transportation Secretary Elaine Chao provided $25 million in "quick response emergency relief funds" so repairs could be made as soon as possible to traffic signals, signs and flood-damaged roads.

"I have mobilized the Department of Transportation to provide whatever assistance Texas requires to restore the state's transportation systems," said Chao. "The funding provided today will help the state to act immediately and represents the beginning of our commitment to help repair Texas' affected infrastructure."

Chao also issued a Regional Declaration of Emergency to ensure distribution of gas and petroleum products.

"It is critically important to Texas and to the nation that restrictions are waived for fuel trucks and the delivery of fuel from twenty-five states across the nation to ensure that much-needed energy reaches Texas as quickly as possible," said Chao.

In 2008, it cost $30 billion for Texas to rebuild after Hurricane Ike, with more than $150 million needed to repair roads and bridges. Gov. Abbott warns Harvey's cost may exceed $180 billion. As of press time, there has been no projection on the cost to repair or replace infrastructure.