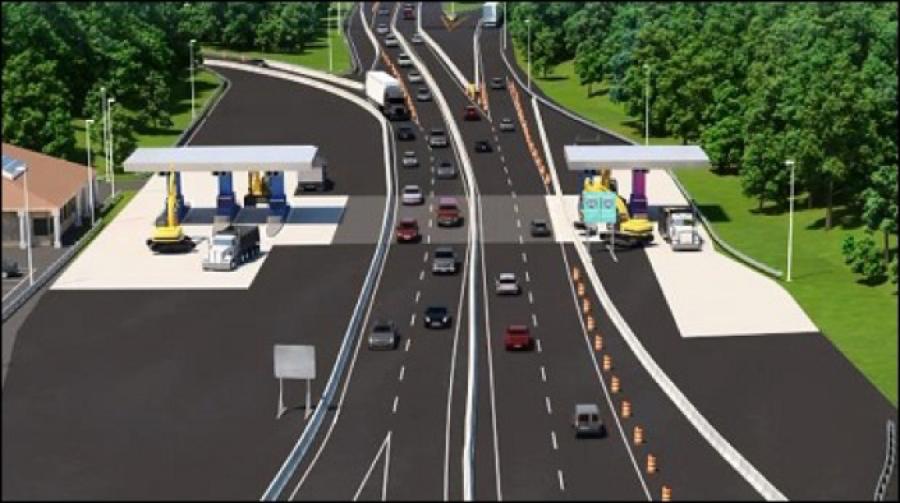 Drivers into Boston from its western suburbs are now saving 12 minutes of commute time each way, or two hours a week, after the Massachusetts Department of Transportation removed all middle-lane toll booths.

Drivers into Boston from its western suburbs are now saving 12 minutes of commute time each way, or two hours a week, after the Massachusetts Department of Transportation removed all middle-lane toll booths last fall to let traffic flow without stopping, said state Transportation Secretary Stephanie Pollack.

She told AASHTO's Transportation TV that the changes resulted from a simultaneous set of 23 work-zone projects in the month before Thanksgiving along the Massachusetts Turnpike on Interstate 90.

Contractors' crews first routed all traffic in those zones through outer toll booth lanes while workers removed the center lanes' toll booth infrastructure and repaired the road bed. Then they opened all the middle lanes to two-way, free-flowing traffic where the booths had been.

That was in conjunction with a Mass Pike change to all electronic tolling, through overhead sensors that read in-car transponders or snap pictures to send bills to drivers who do not have the transponders.

Once crews, through round-the-clock initial efforts, established the unbroken traffic flow within a short time, they could work more gradually to remove remaining toll booths and related buildings by the end of this year.

“If you look at the data there are more accidents that occur immediately before and after toll booths,” she said. “There's a huge safety benefit in eliminating the booths,” she added.

And, Pollack said, “if you create these multi-mile backups at your toll booths, those cars are burning too much gas and emitting too much air pollution.”