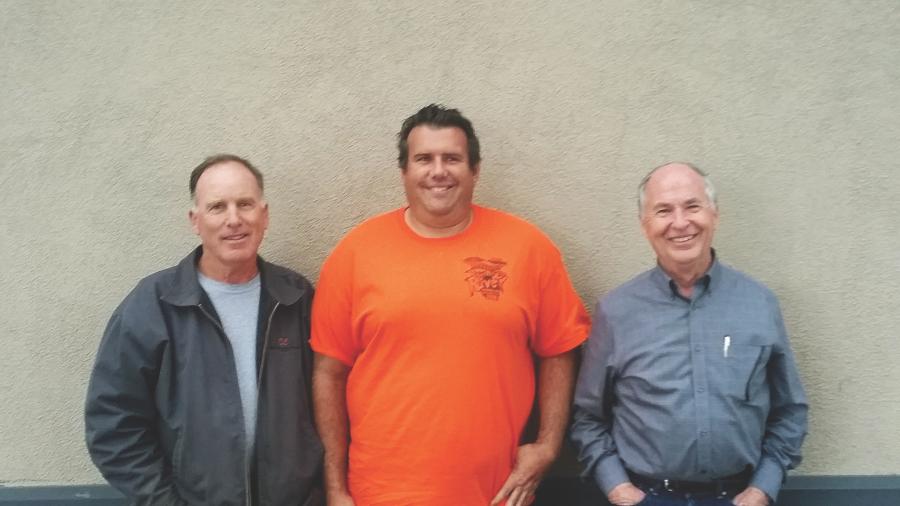 Throughout Double D Pipeline Inc.'s nearly 30-year history one thing has remained constant. Its sole focus has been and continues to be wet utility installation that includes storm, water and sanitary sewer lines of all types and sizes. The Temecula, Calif.-based company primarily provides commercial and private developers with a package of services that includes putting all three lines in the ground.

“It's our preference, and most of our clients', that we install all of the wet utilities on their projects because it avoids the potential conflicts of having multiple contractors putting in separate lines,” explained Vice President Earl Karr. “There are occasional projects where we install just one or two, but that's definitely the exception rather than the rule.”

Karr joined the company soon after it was formed in 1988, followed by current President Bill Yankie, who originally worked part time keeping the company's books. He eventually transitioned to full time, and when the firm's business boomed in the late 1990s, he and Karr purchased the company from its original owners, Doug and Diane Blois. Vice President of Maintenance Skip Remsen bought into the company in 2007.

“For the first decade or so, Double D generally performed small-scale commercial and public works projects,” recalled Yankie. “In the late 1990s we started completing large, residential tract-developments for general contractors who were putting in 200 to 300 new lots at a time, and for the most part we moved away from public works.”

In its early history, Double D's projects ranged from $100,000 to $200,000 in size. Now, the upper end is closer $5 million, and it typically has three to five jobs going at a time. The owners rely on a staff of nearly 35, almost two-thirds of whom have 20 years or more of experience with the firm, to complete assignments on time and on budget.

“There are quite a number of second, and even third, generation family members on staff,” said Karr. “We believe the experience of our employees provides us with significant advantages. They deserve a world of credit for the company's success. Double D would not be where it is today without their outstanding contributions. One staff member we certainly want to remember is Kristin Brown, who recently passed away. She worked here for 15 years and was like a 'team mom.' Kristin did whatever was needed, and she is greatly missed.”

Double D Pipeline began using Komatsu equipment roughly 20 years ago, and Remsen said longevity and durability are the main reasons the company has continued to purchase and rent Komatsu excavators and wheel loaders.

“We had a W60 wheel loader from the 1970s that we purchased used, and it performed very well; in fact, we were still running it in 2010 when we sold it. It's probably still running,” said Remsen. “It didn't have a working-hour meter, so we don't know how many hours it actually had on it. The W60, along with some other factors, prompted us to look at Komatsu for excavators in the late 90s. The first was a PC200 that we ran to 22,000 hours before selling it. Some of our older machines have 10,000 to 16,000 hours.”

In addition to those machines, Double D now owns three Tier IV PC360LCs and a PC210LC excavator as well as a Tier IV WA470 wheel loader. The company purchased the newer pieces from Road Machinery with the help of Account Manager Brian Caro.

“Komatsu's cutting-edge technology in the newer Tier IV machines is impressive. We think they are a step ahead of competitive brands,” stated Remsen. “They are productive and efficient, so our operating expenses are down. Komatsu lowered our owning costs as well with the complementary Komatsu CARE program on the Tier IV machines. Road Machinery tracks the machines' hours, tells us when services are due and gets them done at our convenience.”

Remsen also monitors Double D's Komatsu equipment via the KOMTRAX telematics system. “I log in through my laptop or an app on my phone and check a variety of items. I have it set to alert me if a machine starts after hours or on a weekend. Once, I received a message that the fuel level had decreased while the machine wasn't running, which indicated that someone was stealing diesel, and we addressed the situation. KOMTRAX is a great tool, and we're looking at additional ways we can incorporate it into our operations.”

The owners are hopeful that the future will be as bright as the present.

“The commercial and residential markets have been good in the past few years, and we think public works could be a lot better if the talk of a new infrastructure bill comes to pass,” said Yankie. “We would consider doing more in that market again if this is the case. We have the capacity to expand if we can find capable help.”

“We're open-minded, adaptable and optimistic, so if new opportunities are available, we will take a look at them as long they are a good fit,” added Karr. “We won't grow just for growth's sake, because we don't want to jeopardize our ability to take care of our customers. They remain our top priority.”

(This story was reprinted with permission from Road Machinery's Road to Success Magazine, Aug. 2017 issue.)