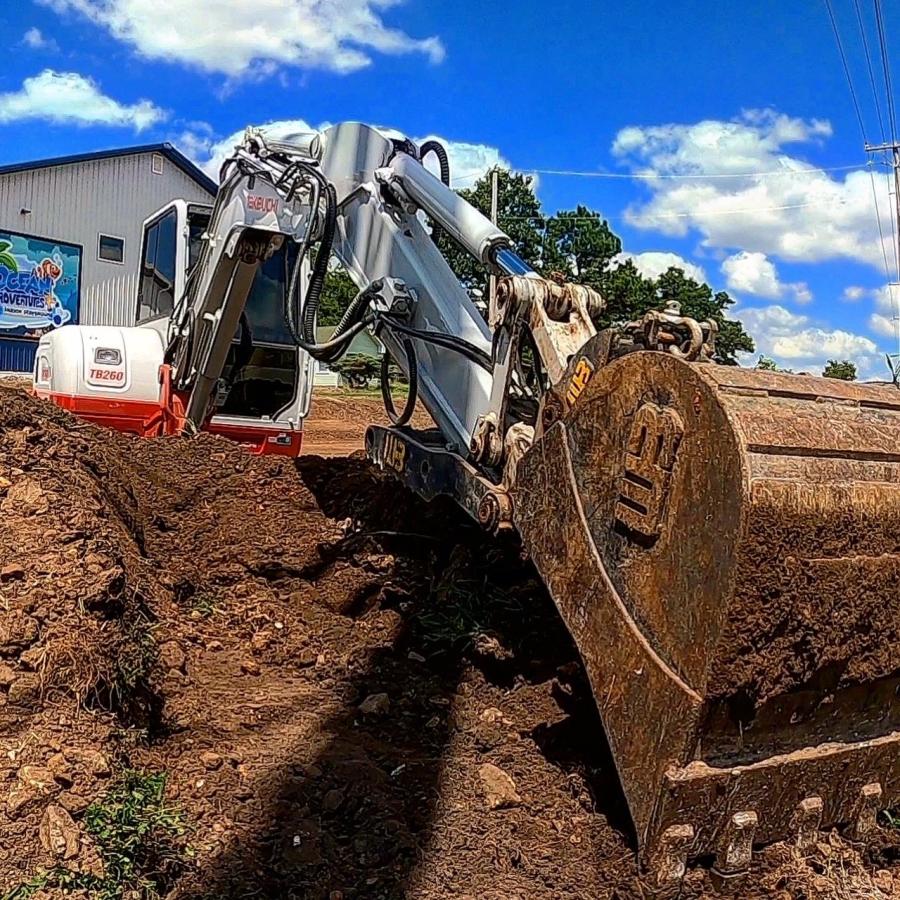 Brandon Johnson is the epitome of a one-man band.

As the owner and operator of Elite Earthworks, a site management company in Joplin, Mo., he tackles everything from burying downspouts to clearing and building out yards ahead of commercial and residential construction projects.

No two jobs are exactly alike, so Johnson needs to have the right tools for whatever a job site throws at him, but he found himself spending a lot of time changing out buckets on his compact excavator or trying to make do with what he had.

As a sole proprietor, Johnson knows how important his time is to his business's bottom line, so, when he took his dealer's recommendation and installed a new hydraulic Werk-Brau D-Lock variable center pin grabber coupler for his compact excavator, saving him at least an hour a day, he never looked back.

After spending 18 years doing landscape for his parents' business, Johnson launched Elite Earthworks with a Takeuchi TL250 track loader and a TB260 excavator. 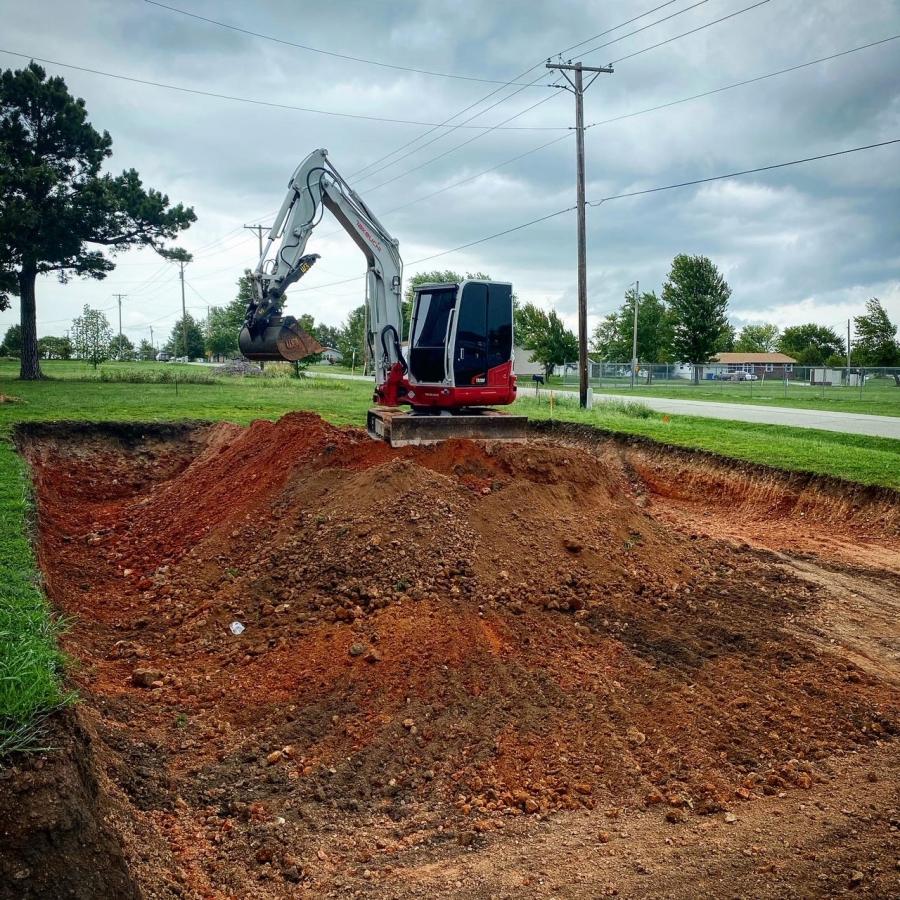 At first Johnson worked with a small number of buckets and was not very enamored with the manual change-out that his standard pin-on coupler required. Searching for a better solution, Johnson asked Victor Phillips, his local Takeuchi dealer, for a recommendation. The solution? A Werk-Brau D-Lock coupler.

Johnson saw an immediate return just from time saved switching between attachments and a whole new world of possibilities opened up for his business.

Before picking up his Werk-Brau D-Lock coupler, changing out buckets was a laborious process. Johnson first had to take the pins out of his current bucket, then get back in his excavator to hook his coupler up to the second bucket, then get back out of his cab to insert the pin into the second bucket before finally getting back into his excavator to continue working. The process from start to finish took Johnson about 20 minutes. Today, he can accomplish the same task in under a minute.

"You can pop them off, swing over, grab the other one, and just go on. It's really sped everything up," Johnson said of his the process.

The ease comes in part from a coupler switch installed inside the excavator cab for simple safe activation, a highly visible front lock indicator and an automatic front lock that locks the front pin in the event the rear pin is not secured. The simple yet safe unlocking procedure helps prevent accidental releases.

Johnson recalled an incident when the cotter pin which kept the main pin and the latch shut actually fell out of his manual coupler, causing the bucket to disengage while in operation.

"Luckily the bucket was in a ditch at the time, or it could have been a whole lot worse," Johnson said of the potentially disastrous situation.

The manual coupler also required frequent greasing, which was problematic since it was normally covered in dirt. Johnson's hydraulic coupler doesn't require any greasing or lubrication and the unlocking process is designed to release only when intended by the operator.

"It just seems like I've been able to speed up my productivity and do a cleaner job having those different attachments with the Werk-Brau."

Before his coupler upgrade Johnson would try to use his current attachment for as long as he could before taking the time to change out his tools. But now that switching between his arsenal of buckets is no longer a detriment, Johnson finds that he is much more willing to switch attachments whenever he needs.

He summed up the transition from his old way of working to the present, "I may over dig ditches, or if I just needed to take out a little bit here and there, you'd end up digging way more out than what you need to and have to put more back where now I can actually say, okay, I need to pull this bucket for this."

Now Elite Earthworks has the right tools and isn't afraid to use them.

Johnson purchased this fleet of buckets from his new Takeuchi dealer, Midwest Equipment Supply in Springfield, Mo., where he also picked up a Werk-Brau main pin thumb. He was immediately sold on the thumb's design and versatility.

"I actually like the shape of the thumb better. When not in use, it's back against the cylinder of the machine, so the visibility's much better. It seems to be a lot stronger. It's just built better to grab things and move stuff around."

The variety and access to a wider array of tools helps Johnson deal with the terrain in Joplin where after 2 in. of topsoil the ground goes straight to rock with no gradation. Before picking up his ripper, Johnson used his standard 24-in. bucket to dig but its teeth would only last 250 to 300 hours going into the rocky earth.

"I dug a ditch and laid about 700 feet of water main. I was able to dig it, pop the bucket off, and then I got just a shackle on the back where we could hook the pipe up to it. You don't have that bucket up there in the way as well. It's just sped up the whole operation a lot."

Johnson's Werk-Brau D-Lock coupler lets him spend more time working and less time switching attachments, so getting the right tools for the job is a breeze. From nearly 20 minutes to less than a minute, the dramatically increased efficiency and productivity have already paid dividends for Elite Earthworks, making Johnson wonder how exactly he worked for so long without this tool in his toolbelt. 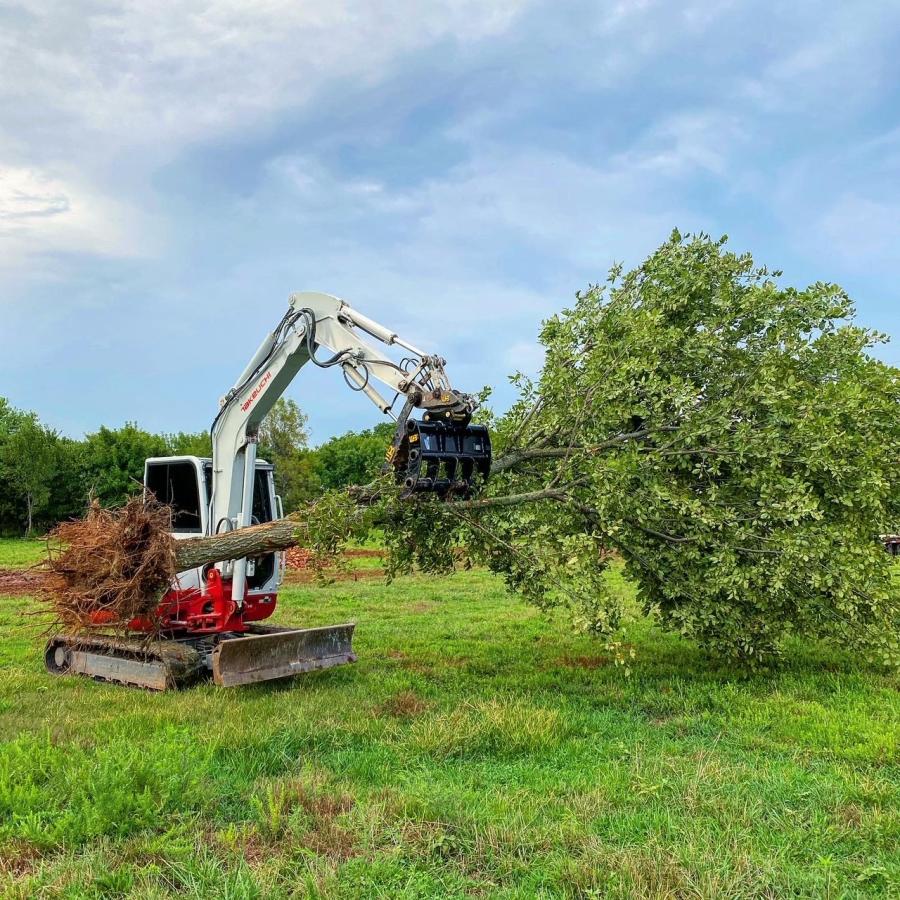 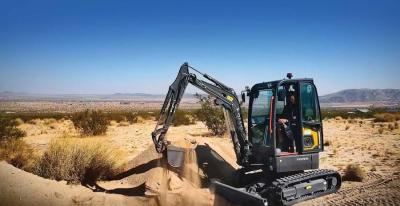 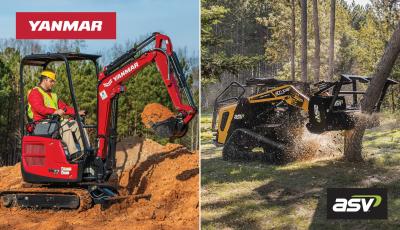 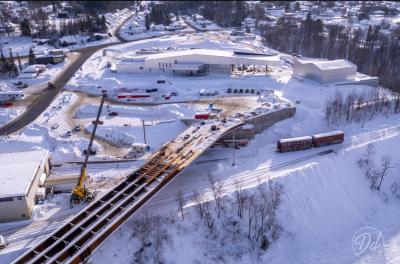 Construction On International Bridge in Maine Passes Halfway Mark, To Finish This Fall 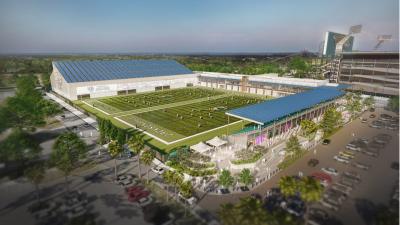 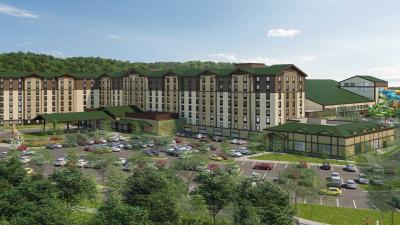 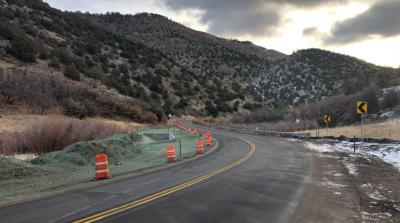