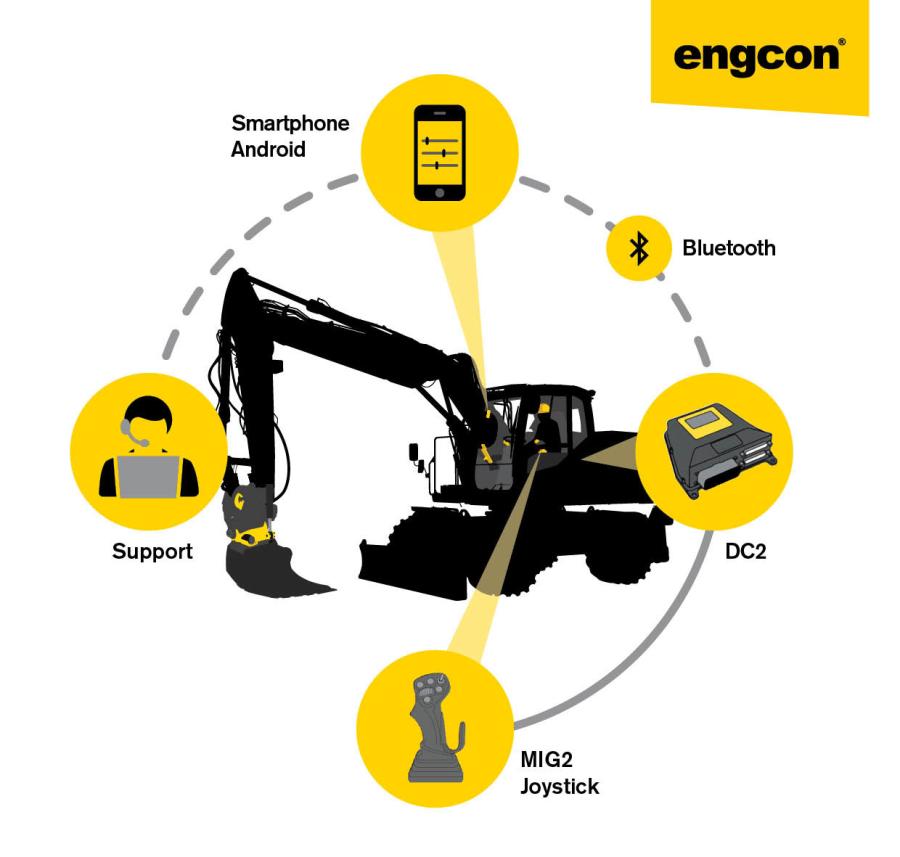 Used with the MIG2 joystick, the DC2 can proportionally control up to six functions simultaneously.

Engcon, a leading manufacturer of tiltrotators — a kind of tilting and rotating quick coupler for excavators — has delivered its 10,000th DC2 control system from its factory in Stromsund, Sweden.

"DC2 is one of the smartest systems on the market. Used with the MIG2 joystick, the DC2 can proportionally control up to six functions simultaneously. Additional functions can be connected and turned on and off by buttons on the joystick. It is also possible to equip the DC2 with wheel or track control and to use it to control boom swing or a two-piece boom," said Roberth Jonsson, general manager of Microprop of Umeå, which developed the DC2 for Engcon.

One of the DC2's smartest features is the opportunity for remote support via the mobile phone network.

"Remote support via the mobile phone network is a unique function that helps excavator operators to save time and money. The support team at Engcon or its dealer can connect to the DC2 control system, wherever the excavator is located. That saves a lot of travel and technician time, as well as money," said Jonsson.

Engcon does not know who the recipient of system number 10,000 will be, because the products are sold via dealers. However, unit number 10,000 is being accompanied by an invitation to the end customer to contact Engcon to receive a special prize.

Engcon, a $90 million Swedish firm, has been manufacturing and selling its tiltrotators, quick couplers, control systems and tools for excavators throughout Europe and Australia for 27 years, and in North America for 11 years through dealers.