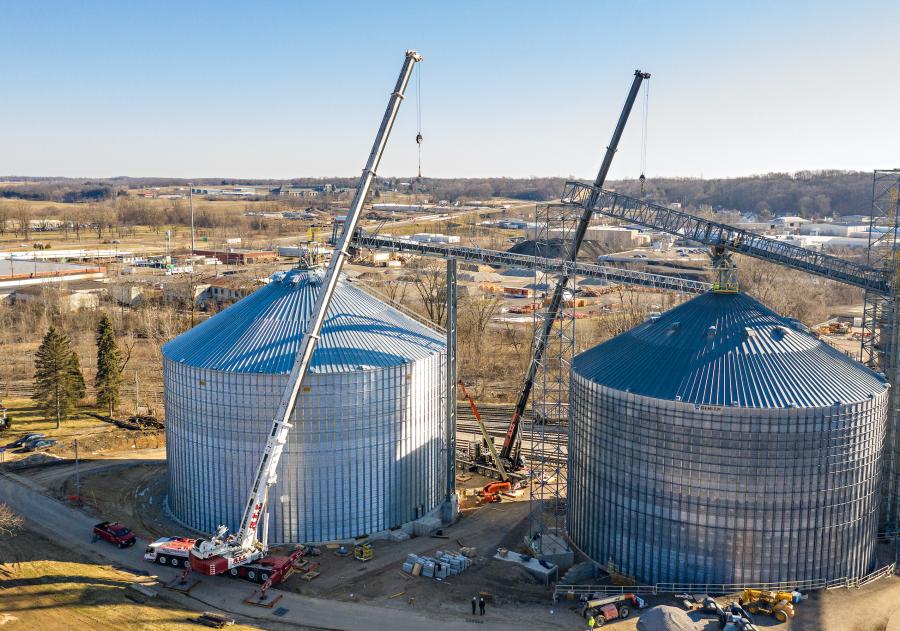 The Liebherr 1500 and 1450 were specified for the work due to the weight of the load, the required radius dictated by the site, as well as the height of the work area.

Everything about farming is getting bigger.

With all this "bigness," it stands to reason that two enormous cranes would need to join forces for Centerra's latest expansion project.

Centerra is growing its Mansfield, Ohio, branch, adding a whopping 1 million bushels of storage capacity — an increase of roughly 25 percent at this location. Part of the work includes installing a new conveyor to connect two silos.

Berger was on site for the conveyor pick and was impressed by the sheer size of the machines.

"Having one crane that size was impressive, but to have two of them side-by-side was almost unbelievable," said Berger.

The Mansfield branch is no stranger to crane work, but, until now, the largest crane on the property had been an 80-ton crawler.

The 1500 and 1450 were specified for the work due to the weight of the load, the required radius dictated by the site, as well as the height of the work area.

"We needed two cranes that could extend to 130 feet in the air to give us the necessary hook height," said Bernie Paridon, sales and rental representative of ALL. "We knew it would take two machines that each had capacity in excess of 500 tons."

The conveyor was assembled on the ground and each crane hooked one end. Due to a significant slope of the ground, snatch blocks were employed in the rigging to keep the load level as it was hoisted.

It took approximately 45 minutes to lift and swing the conveyor into position, with operators then holding it in place for several hours while it was bolted and welded into place. Berger praised the professionalism and steady hands of ALL's operators.

"It was probably just another day at the office for them, but their skill was impressive," said Berger.

The conveyor was among the final pieces of a project six months in the making to add a new storage bin and conveyor to the facility. Expanding the site's storage capacity to 5.2 million bushels will allow Centerra to take greater advantage of the growing harvest season for corn, soybeans and wheat. 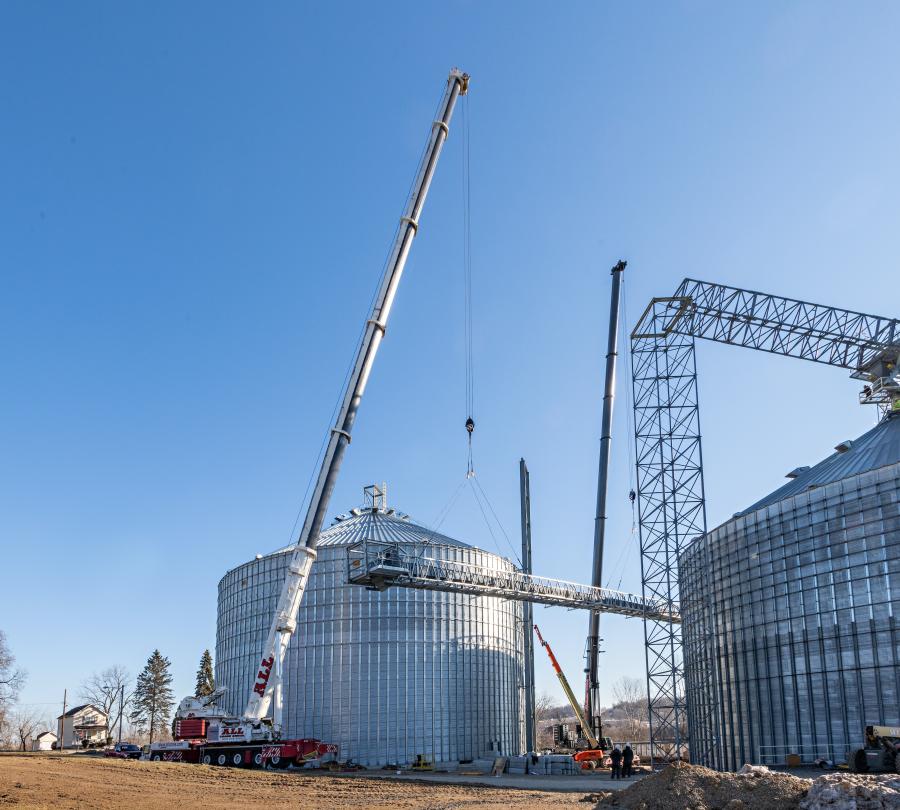