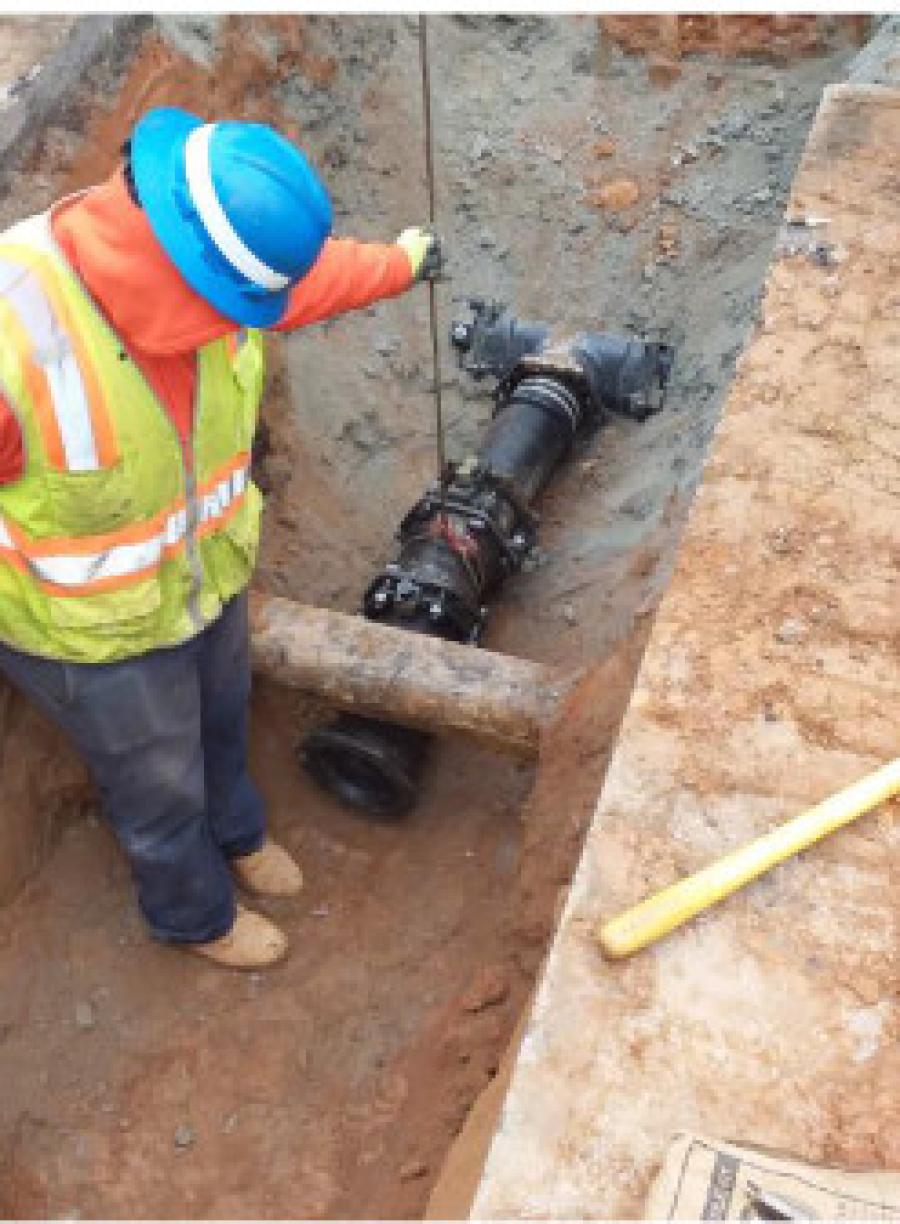 Primarily a suburban area, DeKalb County is on Atlanta's eastern side and contains roughly 10 percent of the city's population.

The county will use the WIFIA loan to assess and rehabilitate the highest priority areas of its sewer system infrastructure. Upgrades will include sewer replacement, trunk sewer upsizing, full or partial length sewer lining and related activities at various locations within the county. The project will help eliminate sanitary sewer overflows to better protect public health and the environment in the county.

"EPA is acting on its commitment to infrastructure investment by providing critical support to fund investments in Dekalb County's future," said Walker. "These upgrades are key to improving public health and environmental protections, while delivering good paying jobs and building stronger economies."

"With the award of this loan and the continued collaboration with the EPA, DeKalb County is positioned to construct a state-of-the-art sanitary sewer system," said DeKalb County CEO Michael Thurmond. "Replacing this aged and previously neglected system will provide better service and continue to restore the trust of DeKalb County residents and ratepayers."

This project will cost $541 million and EPA's WIFIA loan will finance nearly half of that figure. The remaining project costs will be funded by a combination of a Georgia Clean Water State Revolving Fund loan and revenue bonds. EPA estimates that the WIFIA loan will save DeKalb County an estimated $65 million and that construction and operation are expected to create approximately 1,800 jobs.

WIFIA is providing financial support at a critical time as the federal government, EPA and the water sector work together to help mitigate the public health and financial impacts of COVID-19. Since March 2020, WIFIA has announced 19 loans and updated five existing loans with lower interest rates, saving ratepayers over $1.2 billion.