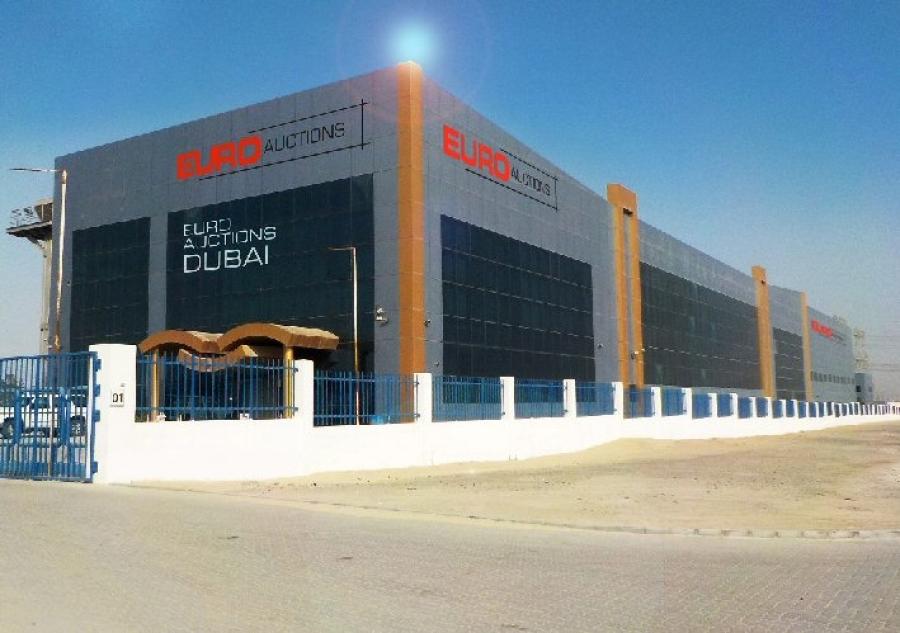 Euro Auctions, one of Europe’s leading auctioneers of industrial plant, construction equipment and agricultural machinery, has announced the addition of a permanent sale site in Dubai, putting Euro Auctions on four continents around the globe and adding another four sales per year to the calendar.

Euro Auctions, one of Europe's leading auctioneers of industrial plant, construction equipment and agricultural machinery, has announced the addition of a permanent sale site in Dubai, putting Euro Auctions on four continents around the globe and adding another four sales per year to the calendar.

Euro Actions has leased a 22-acre site from the Jebel Ali Free Zone Authority (JAFZA) that includes a purpose-built auction complex covering more than three-quarters of an acre with a 360 seat, fully air conditioned enclosed auction arena as well as ancillary buildings, workshops and infrastructure. Euro Auctions has all the necessary services and logistic licenses in place for the new venture and will trade under the Euro Auctions brand.

“As part of the continued global Euro Auctions brand expansion, the Middle East, and in particular the United Arab Emirates, was always the next country in which to establish a strong and stable operating base,” said Jonnie Keys, Euro Auctions, commercial manager. “We have many good relationships with buyers and sellers in the Middle East and Africa and this new auction location will enable us to create stronger relationships with our customers in this region and open the door to many new buyers and sellers.

“We have seen increased participation in our European and American auctions from the Middle East region over the past year and in particular in the last six months and indeed have had numerous customers who have requested that we take a larger part in this region which this facility will allow in addition to growing our customer base.”

The first Euro Auctions sale in Dubai is planned for Sept. 13, 2017, with four sales per year scheduled to follow. This will provide customers more options and platforms to buy and sell equipment and assets when, where and how they like. This expansion allows for total global reach and assets can be sold where the demand is greatest, according to the company.

This news follows Euro Auction's acquisition of Yoder & Frey in December of 2016, which added three additional auction sites and an additional six auctions per year.

“We are delighted with the performance of the Yoder & Frey brand to date and are looking forward to its growth in the future,” said Keys.

In addition to this, Euro Auctions regularly hold the largest heavy equipment auction in Europe at its Leeds site in the UK with 4,500 to 5,000 lots sold every six to seven weeks.

Established in 1998, Euro Auctions has permanent auction sites in the UK, Europe, Australasia, the USA, the United Arab Emirates and is the market leader in the UK, Ireland and Europe, conducting more than 60 major auctions every year.