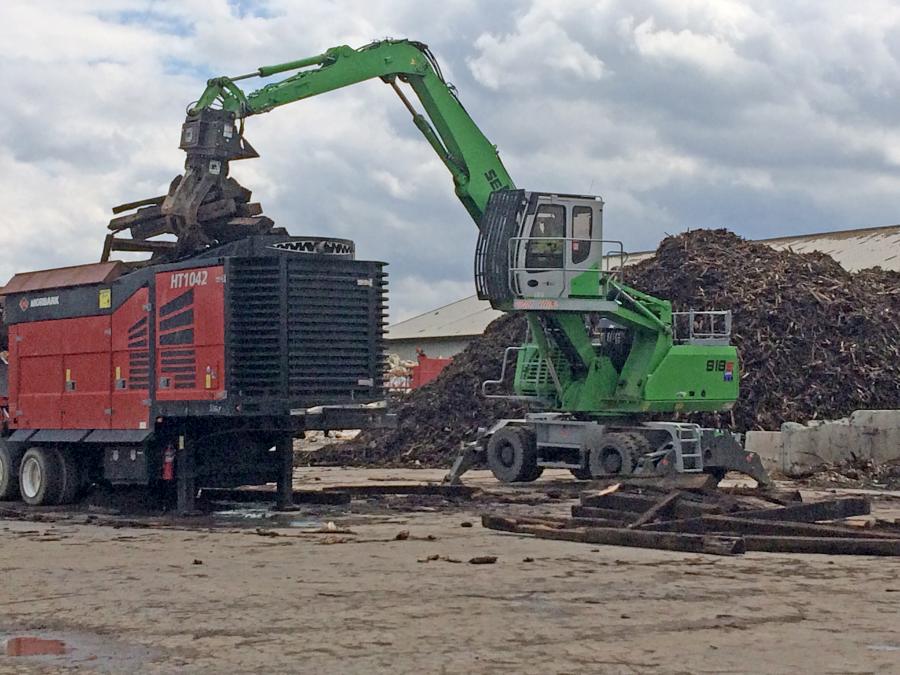 Chris Zwicky has spent much of his life operating excavators. But, only a few months after climbing into the spacious cab of a purpose-built material handler, he's already sold on the advantages that the Sennebogen 818 M offers his family's busy earthmoving, processing and biomass production business in eastern Pennsylvania.

Zwicky Processing & Recycling, part of W.D. Zwicky & Son Inc., of Fleetwood, Pa., has evolved from a legacy of residential excavating and land clearing into a major regional supplier of biomass fuels, and construction and demolition recycling services.

“My dad, David, started the business in the '50s when he was just a kid with a backhoe,” said Zwicky. “We used to dig ditches and bury all the trees, and then, in 1989, we decided to buy a grinder and grind up the vegetation instead of burying it. We were about the first in the area to do that, so it took a while to catch on.”

But catch on, it did. The family-owned business currently employs 62 people.

“We were approached by a cement company about 14 years ago to make fuel for them out of telephone poles and railroad ties. We already had the equipment to do it, so it was a natural fit,” said Zwicky. “From there, we grew to a 1,000-ton-a-day C&D operation.”

Zwicky makes no apologies for his family's lifelong commitment to a particular brand of excavators. Along with the local dealer, the excavators have served his company well, including a 19-metric-ton rubber-tired version he himself operated for many years when unloading railroad ties from rail cars.

When the time came to replace that grapple-equipped machine, Zwicky strongly considered another wheeled excavator, but one enhanced with an elevated cab to overcome the visibility limitations.

The cost of the modified excavator with a hi-rise cab proved prohibitive. So, last fall he ventured over to a friend's nearby scrapyard to check out their new purpose-built Sennebogen material handler. Equipped with the maXcab elevating operating station, the Sennebogen material handler was receiving good reviews for its smooth operation, easy handling and simple maintenance.

“They let me run the Sennebogen to demo it, and it never left,” he said. “I like the power, I like the extra reach, and the visibility is great. The cab is nice, because it is so much bigger than the cab you get on the dirt machines.”

Being purpose-built for material handling, the Sennebogen offers lift capabilities that are by far better than a digging-oriented excavator, said Zwicky. After a quick adjustment to the structure, geometry and the responsiveness of the hydraulics, there was no looking back … or, in his case, no more looking up.

“It's definitely the cat's meow for unloading rail cars and loading railroad ties into trailers from the rail cars.” Equipped with a 360-degree rotating grapple, “it's also increased my throughput on the horizontal grinders and the shredders that I feed with it,” he said. “I can get up there and see what's going on inside to make sure the wood's lined up correctly.”

Moving up in machine size would offer additional reach, which is always a bonus when handling wood, said Zwicky, but “overall, this class size is a good fit for us. We don't deal with material that's super heavy. When you get two or three 50-foot telephone poles in your grapple, it's all about handling … and this machine handles them just right.”