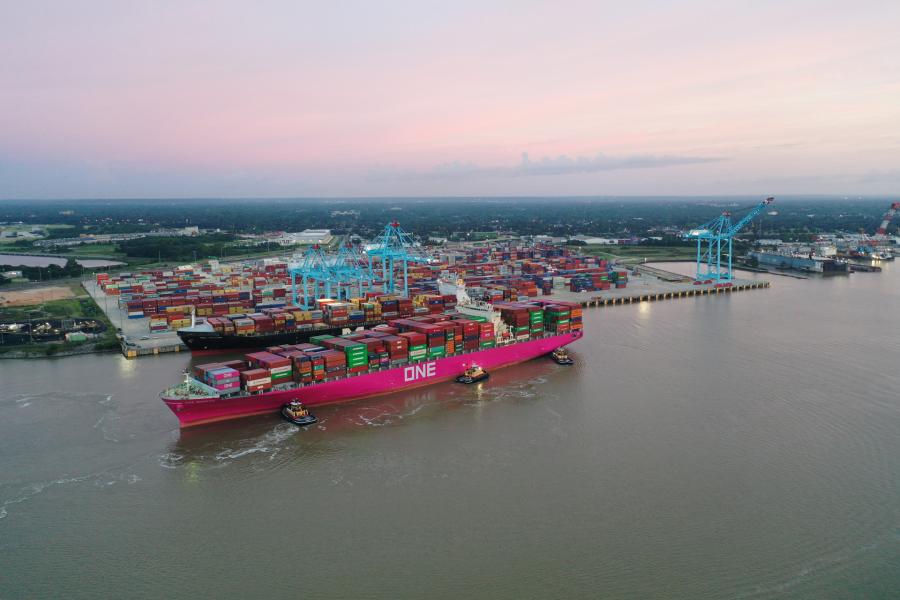 The Mobile ship channel is currently undergoing a $367 million deepening and widening program to bring in larger vessels. American Shipper noted that the project is scheduled to be completed by the end of 2025. (Port of Mobile photo)

Due to more than $300 million in federal funding, the Alabama State Port Authority is set to improve infrastructure and intermodal access at the state's only deep-water shipping facility.

The Port of Mobile will receive $265 million from the 2022 FY $1.5 trillion federal spending bill, which the U.S. Senate passed March 11; President Biden added his signature to the bill four days later.

"South Alabama stands to benefit immensely from these investments," Shelby said in a statement. "Mobile has a lot of potential, and this funding will improve upon its existing infrastructure to transform our coast and the entire state."

American Shipping reported that the federal spending package had the following provisions for the Port of Mobile:

In addition, the U.S. Department of Transportation (DOT) recently awarded a $38 million grant to the Alabama State Port Authority to improve access between ship berths and an intermodal rail facility at the Port of Mobile.

Part of that grant will be used to fund construction of a connector bridge between the APM Terminals container facility at the port and an off-dock intermodal rail yard and a logistics park. Another part of the grant will fund site development and related infrastructure for added distribution and warehousing at the port.

Business is indeed booming at Alabama's only ocean-going shipping facility.

The Mobile ship channel is currently undergoing a $367 million deepening and widening program to bring in larger vessels. American Shipper noted that the project is scheduled to be completed by the end of 2025.

"The port is progressing nicely on the channel modernization program, and we just closed out calendar year 2021 with unprecedented growth at our container intermodal facilities," John C. Driscoll, CEO of Alabama State Port Authority, said in a statement.

The figures bear out Driscoll's statement.

Containerized cargo volumes at the Mobile facility in 2021 increased 19 percent year-over-year, while refrigerated containers in 2021 posted a whopping 50 percent increase in volume compared to 2020.

The Port of Mobile handled 47,768 20-ft. equivalent units just this past January, a 17.5 percent year-over-year increase.