Feds to Give $50M to National Parks for Infrastructure Projects 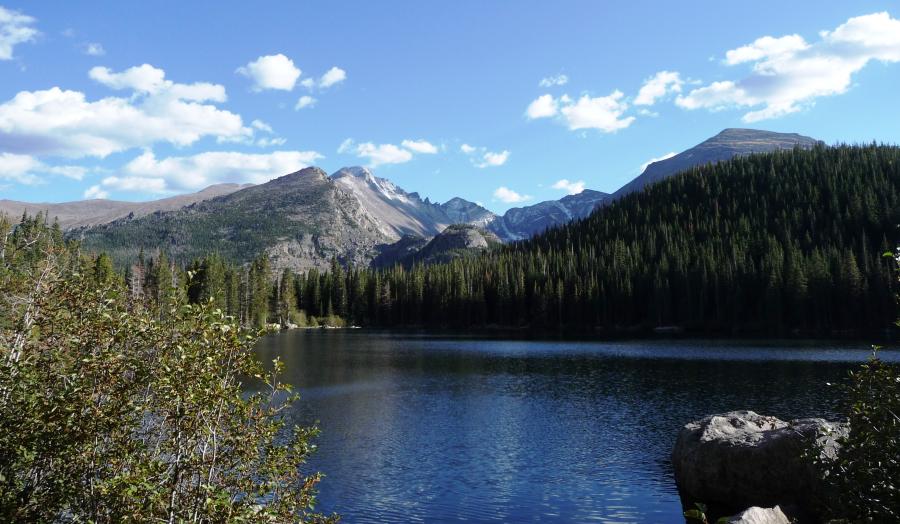 Secretary of the Interior Ryan Zinke and Colorado Senator Cory Gardner made the announcement while visiting Rocky Mountain National Park, which will receive $200,000 in federal funds matched by $200,000 from the Rocky Mountain Conservancy to reduce deferred maintenance on the Alluvial Fan Trail.

U.S. Secretary of the Interior Ryan Zinke and Colorado Senator Cory Gardner announced on July 22 that the National Park Service is teaming up with partners across the nation to distribute nearly $50 million in high priority maintenance and infrastructure projects at 42 parks in 29 states. Congress provided $20 million for the projects as part of the Centennial Challenge program which will be matched by $33 million from more than 50 park partners to improve trails, restore buildings, and increase visitor access to parks.

Secretary Zinke and Senator Gardner made the announcement while visiting Rocky Mountain National Park, which will receive $200,000 in federal funds matched by $200,000 from the Rocky Mountain Conservancy to reduce deferred maintenance on the Alluvial Fan Trail.

“Our national parks span twelve time zones and attract more than 330 million visitors every year. Some locations, like Rocky Mountain National Park, attract millions of visitors alone. This puts an incredible stress on the aging infrastructure at our parks, and thanks to Centennial Grants and the generosity of public-private partners, we are able to distribute funds to rebuild our parks,” said Secretary Zinke. “Using public-private partnerships to help address the deferred maintenance backlog remains a priority for the Department and the Trump Administration. Park infrastructure includes trails, signage, restrooms, lodges, roads, bridges and waterlines. These funds will help us continue to provide a world-class experience to visitors and ensure that these amazing places are around for future generations.”

“Many of the national parks that Americans treasure today would simply not exist without the strong partnerships and philanthropy that have benefited the national park idea for over a century,” said Acting National Park Service Director Michael T. Reynolds. “The Centennial Challenge program continues that proud tradition by matching dollars from Congress with generous donations from dedicated partners to make high-impact improvements in parks.”

Examples of the more than 50 projects the Centennial Challenge program will fund this year using partner donations and federal matching funds include:

•Centennial Challenge funds will complement a donation announced last year from philanthropist David M. Rubenstein to the National Park Foundation that will repair and restore the Lincoln Memorial in addition to expanding educational resources and public access.

•Funding from Yellowstone Forever will improve overlooks along the Grand Canyon of the Yellowstone.

•The Gettysburg Foundation will help create a multi-use trail at Gettysburg National Military Park that will connect the visitor center to a historic farm that was used as a field hospital during the battle.

Since 2015 the National Park Service has leveraged over $45 million in funding from congress through the Centennial Challenge program to attract more than $77 million from partner organizations to support over hundreds of projects across the country that have improved visitor services and strengthened partnerships to reinvigorate national parks.