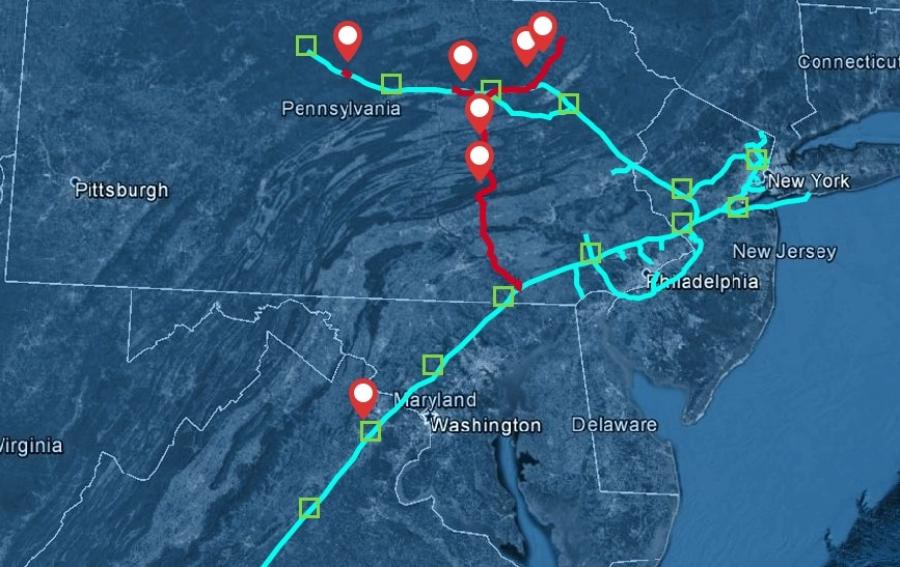 Williams Partners L.P. reported that the Federal Energy Regulatory Commission (FERC) has issued a certificate of public convenience and necessity authorizing the Atlantic Sunrise expansion project, an expansion of the existing Transco natural gas pipeline, to connect abundant Marcellus gas supplies with markets in the Mid-Atlantic and Southeastern U.S.

“While we are still reviewing details of the certificate order, we are pleased FERC has approved this much-needed energy infrastructure project which will leverage existing infrastructure to help millions of Americans gain access to affordable Pennsylvania-produced natural gas”, said Rory Miller, senior vice president of Williams Partners Atlantic-Gulf operating area.

Today, Pennsylvania is the second-largest producer of natural gas in the United States. Projects like Atlantic Sunrise will help the state maximize the tremendous economic benefits that this local resource holds.

Following the receipt of all necessary regulatory approvals, Williams Partners anticipates beginning construction on the mainline portion of the project facilities in mid-2017. These mainline facilities will create a much-needed path from the northern part of the Transco system to markets along the Eastern Seaboard for a portion of the project capacity in time for the 2017-2018 heating season. Construction on the Central Penn Line, the greenfield portion of the project, is targeted to begin early in the 3rd quarter of 2017, which would allow the full project capacity to be placed into service in mid-2018.

Williams' Atlantic Sunrise pipeline project is a nearly $3 billion investment that will encourage continued production of natural gas in the shale regions and investment in manufacturing throughout Pennsylvania. Infrastructure like this is needed to strengthen our energy portfolio, which also includes coal, nuclear and renewables.

“This project is among the largest private investments of capital ever made in the state and will support thousands of family-sustaining jobs during construction many of them in blue-collar trade and manufacturing sectors and hundreds of long-term jobs once operational”, said Gene Barr, president and CEO of the Pennsylvania Chamber of Business and Industry.

Pennsylvania State University researchers forecast the Atlantic Sunrise project to directly and indirectly support approximately 8,000 jobs in the 10 Pennsylvania counties during the projects construction phase, resulting in an estimated $1.6 billion economic impact in the project area.

Following a comprehensive nearly three-year review, the order issued by the commission concludes that the Atlantic Sunrise project will serve the public interest. On Dec. 30, 2016, FERC published its final environmental impact statement (EIS) for the proposed project, concluding that environmental impacts would be reduced to less than significant levels with the implementation of mitigation measures proposed by the company and FERC.