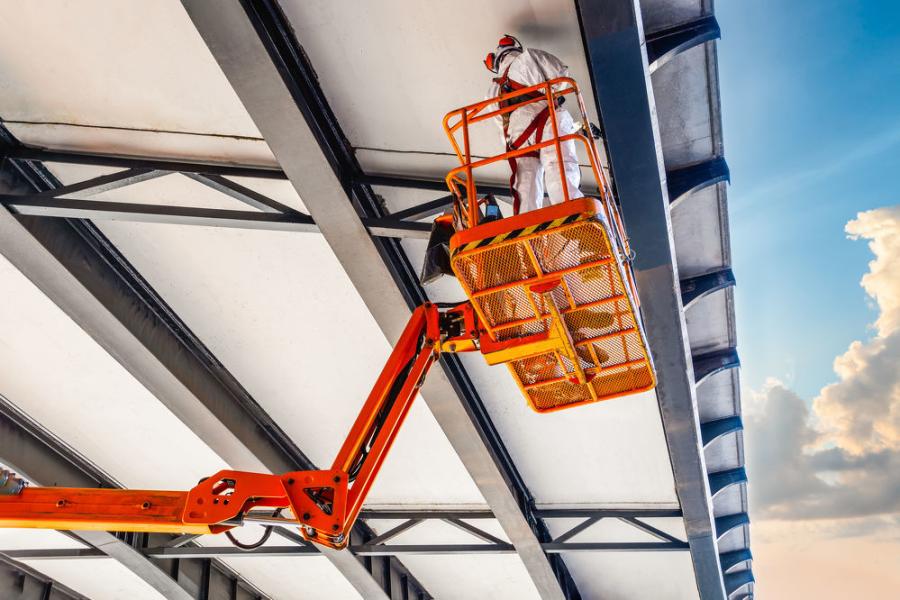 The final rule updates requirements for maintaining a bridge inventory and reporting the results of bridge inspections.

The FHWA has updated its National Bridge Inspection Standards (NBIS) for highway bridges per requirements in the Moving Ahead for Progress in the 21st Century Act (MAP-21). The updates incorporate technological advancements including drone use and repeal of the outdated Highway Bridge Replacement and Rehabilitation Program and the Discretionary Bridge Candidate Rating Factor.

It also requires reporting "critical findings" or any structural or safety-related deficiencies that require immediate follow-up inspection or action.

The updated NBIS applies to highway bridges on all public roads, on and off federal-aid highways, including tribally and federally owned bridges. It also applies to private bridges that are connected to a public road on each end.

"Periodic and thorough inspections of our nation's bridges are necessary to maintain safe bridge operation and prevent structural and functional failures," said FHWA. "In addition, data on the condition and operation of our nation's bridges is necessary for bridge owners to make informed investment decisions as part of an asset management program."

In MAP-21, Congress declared that inventorying, inspecting and improving the condition of the nation's highway bridges is in the nation's best interests.

"As a result of this declaration and the authority established by MAP-21 in 23 U.S.C. 144, FHWA is updating the NBIS."

New terms in the rule provide consistency and clarity in the implementation of the regulations. 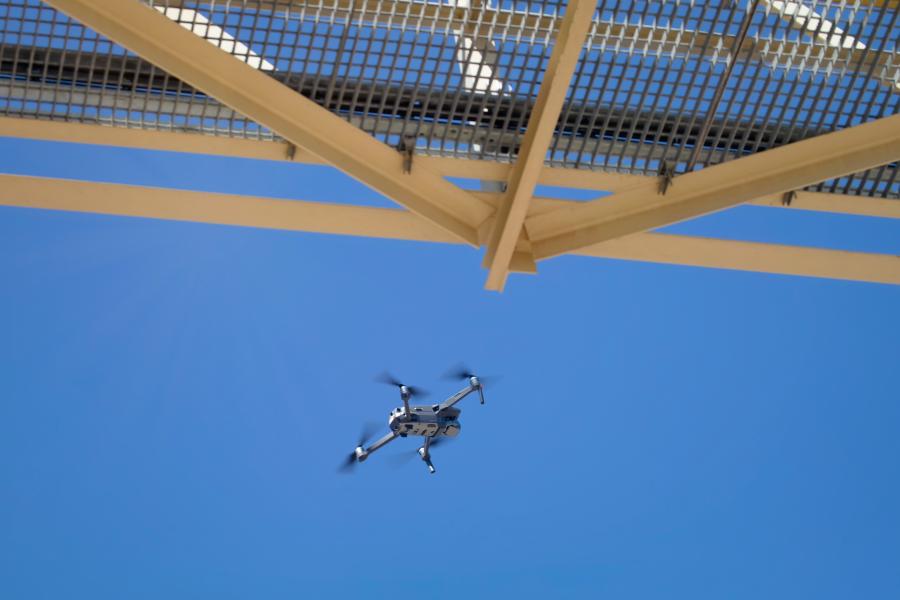 Training requirements for program managers and team leaders have been modified by defining a required amount of refresher training for both roles and defining training needed to be a team leader on a NSTM inspection.

The regulations prescribe the permissible inspection intervals for bridges, including options for more rigorous, risk-based intervals based on the consideration of certain factors, according to FHWA.

They also provide options for establishing inspection intervals for each inspection type.

For instance, an inspection interval tolerance of three months beyond the inspection date is included.

Extended routine inspection intervals up to 48 months, and 72 months for underwater inspections are provided for.

The establishment of more rigorous, risk-based intervals in consideration of factors for routine, underwater and NSTM inspections, that would allow some inspection intervals to be up to 72 months, also is covered.

The final rule also requires written reports to FHWA of critical findings identified during inspections and provides minimum criteria for what a critical finding is, for national consistency.

"The regulations also require that a bridge inspection organization provide information to FHWA for annual compliance reviews," said the agency.

The updated regulations include new time frames for updating inventory data and a process for tracking the updates of inventory data.

In addition, they include a new document to identify data items for the NBI. This document, "Specifications for the National Bridge Inventory (SNBI)," replaces the "Recording and Coding Guide for the Structure Inventory and Appraisal of the Nation's Bridges (Coding Guide)."

The final SNBI document is included in the docket.

In 2021, FHWA marked the 50th anniversary of its NBIS, which supports the federal program that helps protect nearly 620,000 bridges across the country.

"For a half-century, NBIS standards have been at the core of federal infrastructure safety efforts," said Stephanie Pollack, FHWA's acting administrator. "The data we collect under the program help keep bridges safe and identify areas where maintenance is needed before problems arise."

The NBIS umbrella covers 618,456 bridges, up from 588,735 bridges or a 4 percent increase over the past two decades, according to the American Association of State Highway and Transportation Officials (AASHTO).

FHWA noted that state departments of transportation inspect each and every bridge at least once every 24 months.

FHWA officially adopted the NBIS regulations in 1971 after the collapse of the Silver Bridge in West Virginia in 1967 due to a crack in the bridge's suspension chain.

"That tragedy, which cost the lives of 46 people, brought national attention to the issue of bridge condition safety and led to a systematic effort to ensure oversight at the national level," said AASHTO.

The updates come at a time when nearly 224,000 bridges across the country need repair. Some 43,600 are structurally deficient and in poor condition, according to ARTBA.

The number of bridges in need of repair represents 36 percent of all U.S. bridges, according to ARTBA's latest bridge report, released early this year.

"If placed end-to-end, these bridges would stretch over 6,100 miles — long enough to crisscross the country from Los Angeles to Portland, Maine, and back again," said Alison Premo Black, the association's chief economist. 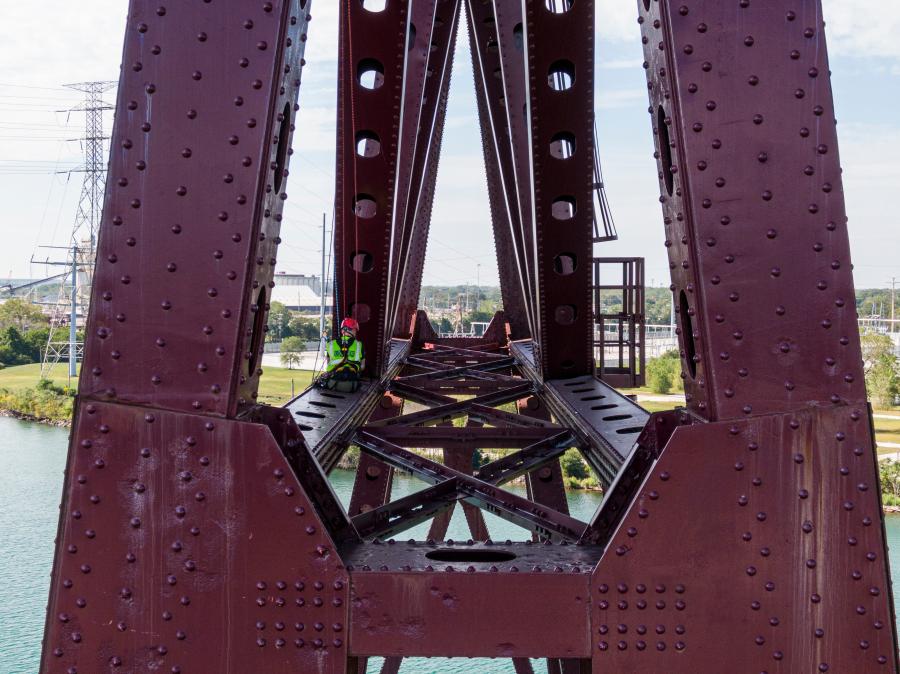 "The longer it takes to bridge the political divide on the FY 2022 spending bills, the longer it will take for transportation improvements to get started," Dave Bauer, ARTBA president and CEO, said. "We urge Congress to act forthwith so that the American people can begin to realize the benefits of the historic investments in the bipartisan infrastructure law."

Based on average repair and replacement cost data published by the FHWA and submitted by bridge owners (typically state DOTs), ARTBA estimates the cost of identified repairs for all 224,000 bridges, including the 43,578 structurally deficient, is $260 billion.

The number of structurally deficient bridges was down by 1,445 compared to 2020. At current pace, it would take 30 years to repair them all, said Premo Black.

Almost half of the 619,588 U.S. bridges — 48 percent — are rated in fair condition. "This means that the bridge shows evidence of minor deterioration or minor cracks," said ARTBA.

Each state can have the option to continue their current inspection intervals if they determine the requirement is satisfactory or choose to instate more rigorous requirements for inspectors.

This latter method would call for bridge specialists to assess potential risks to the point of failure for each individual bridge, or a cluster of bridges, to be further evaluated by experts, according to the organization Report Card for America's Infrastructure. 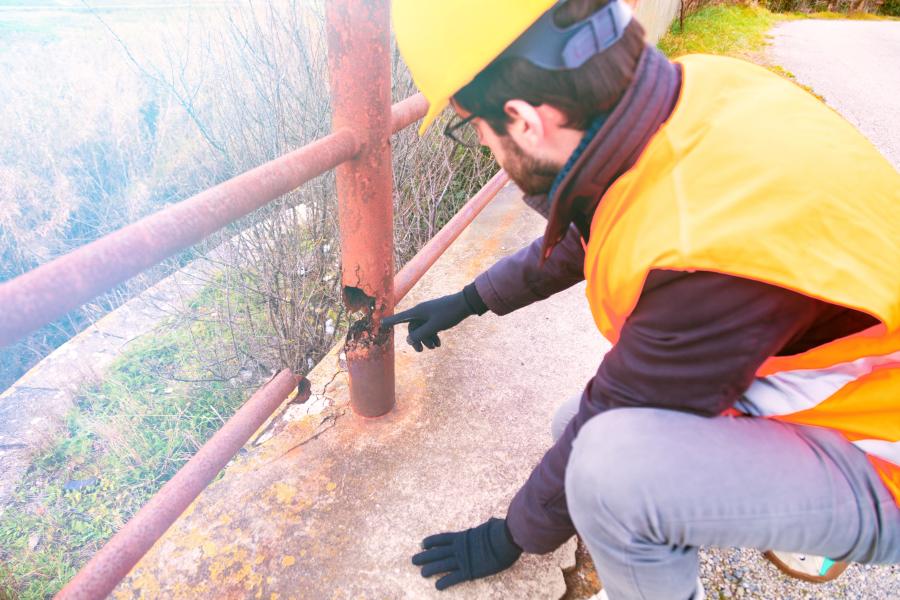 While the first method consists of similar regulations, it does differ by requiring more thorough criteria for establishing which bridges need 12-month intervals for inspections, said the organization.

The Federal Register notice says that the second method "involves the identification and use of an interval that is commensurate with the risk of safety of service loss in a given bridge."

Inspectors could determine the risk factors based on what is described as an "impact and consequence matrix," serving as a formula for assessing failure probability.

This matrix was based on research by a team of civil engineers that included Robert Connor of Purdue University and Glenn Washer of the University of Missouri.

"The results of the research will allow the intervals at which bridges are inspected to be established based on a risk-based approach," Connor said. "It's a compliment to see your work have a potentially major impact."

Connor said prior to the NBIS updates, bridge inspection standards were calendar-based, calling for on-site inspections every 24 months, regardless of the bridge's age.

There were no explicit adjustments for age or circumstances such as environmental conditions that can wear on a bridge faster.

He said the research calls for a risk-based analysis that allows inspection efforts to focus on bridges and areas that are more likely to have problems or would have significant consequences should a problem arise.

"The research allows an owner to decide how to best manage the inspection needs of their diverse inventory of highway bridges," said Connor, director of the Steel Bridge Research, Inspection, Training and Engineering Center. "Rather than over inspecting newer, healthy bridges, the interval can be rationally extended to, say, every 48 or 72 months for some.

"This will then allow an owner to spend more time on other bridges they are more concerned about and inspect those say every 12 months, for example." CEG