Fire Clean-Up 'For the Record Books' in California 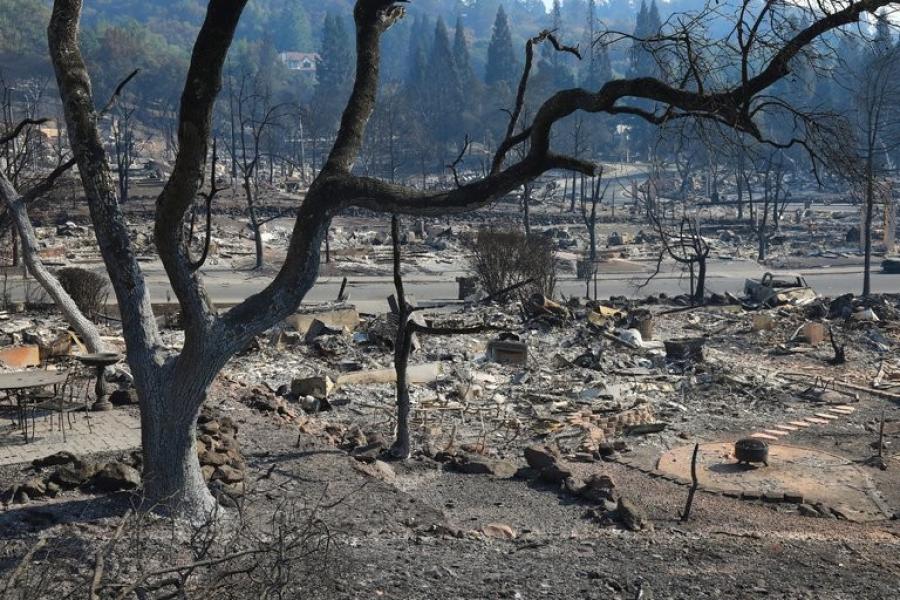 Sen. Mike McGuire told fire survivors at a Santa Rosa community forum that the size and scope of this debris removal process will be one for the record books. (Jim Wilson/The New York Times photo)

SANTA ROSA, Calif. (AP) Government officials outlined plans for what they said will be the largest fire clean-up in California history, aimed at removing hazardous substances and ash from 8,400 homes and other structures burned in Northern California wildfires.

California has declared a public health emergency in the fire area, in part because of concern for hazardous substances ranging from freon in air-conditioners to asbestos in older homes. The fires that began Oct. 8 have killed at least 42 people, making them the deadliest series of wildfires in state history.

“The size and scope of this debris removal process will be one for the record books,” Sen. Mike McGuire, a Democrat from the wine-country town of Healdsburg, told fire survivors at a Santa Rosa community forum. The meeting gave residents some of the first briefings on the clean-up to come.

Authorities have warned residents returning to the ruins of their homes to beware of possible hazardous residues in the ashes, and required them to sign forms acknowledging the danger.

Many survivors — at the Oct. 23 forum, and in fire zones where people are returning — said they are confused about what authorities will allow them to do at their blackened properties before the massive waste removal.

“How do you get to get your mourning started if I can't stop and put hands on the scattering of possessions left,” asked resident Joyce Farinato, who wore gardening gloves and a mask as she walked through the chunks of concrete and bent metal that were all that was left of her home in rural Sonoma County.

“I'd like to know what's hazardous. What are we looking for?” Farinato said.

In Santa Rosa, authorities with the Federal Emergency Management Administration and the U.S. Army Corps of Engineers joined local and state officials answering other questions from homeowners.

In two of the hardest-hit areas, Sonoma and Napa, the U.S. Environmental Protection Agency will be the agency that moves first, removing any hazardous materials from the thousands of sites, officials said. State agencies would handle the same task in five other burned counties. The EPA effort would start this week, said Lamoureux, of California's Office of Emergency Services.

Hundreds of teams led by the U.S. Army Corps of Engineers are to move in next, removing ash and rubble.

In Sonoma County, the scene of the most destruction and deaths, county officials will draft environmental standards to be followed by any homeowners who opt to handle the clean-up themselves, at their own expense, officials said. For property owners who let the government handle the clean-up, taxpayers will cover any of the costs of debris removal that insurance doesn't, Lamoureux said.

Authorities have yet to put a price tag on the process.

Homeowners shouted questions on matters ranging from their liability in the clean-up to the extent that contractors would be scraping bare building sites.

Laney Wall, who lost her home in the Sonoma County community of Fountaingrove, asked why homeowners had to go through the expense, trouble and wait of the clean-up at all.

“What legally is the justification for declaring my home site a hazardous waste site, requiring this onerous process?” Wall asked. Officials pointed to the public health concerns, ranging from safety of residents in the burned neighborhoods to concerns for hazardous waste entering waterways and the air.

“I just have more questions now,” Danny Thom, another Fountaingrove resident, said after the meeting.