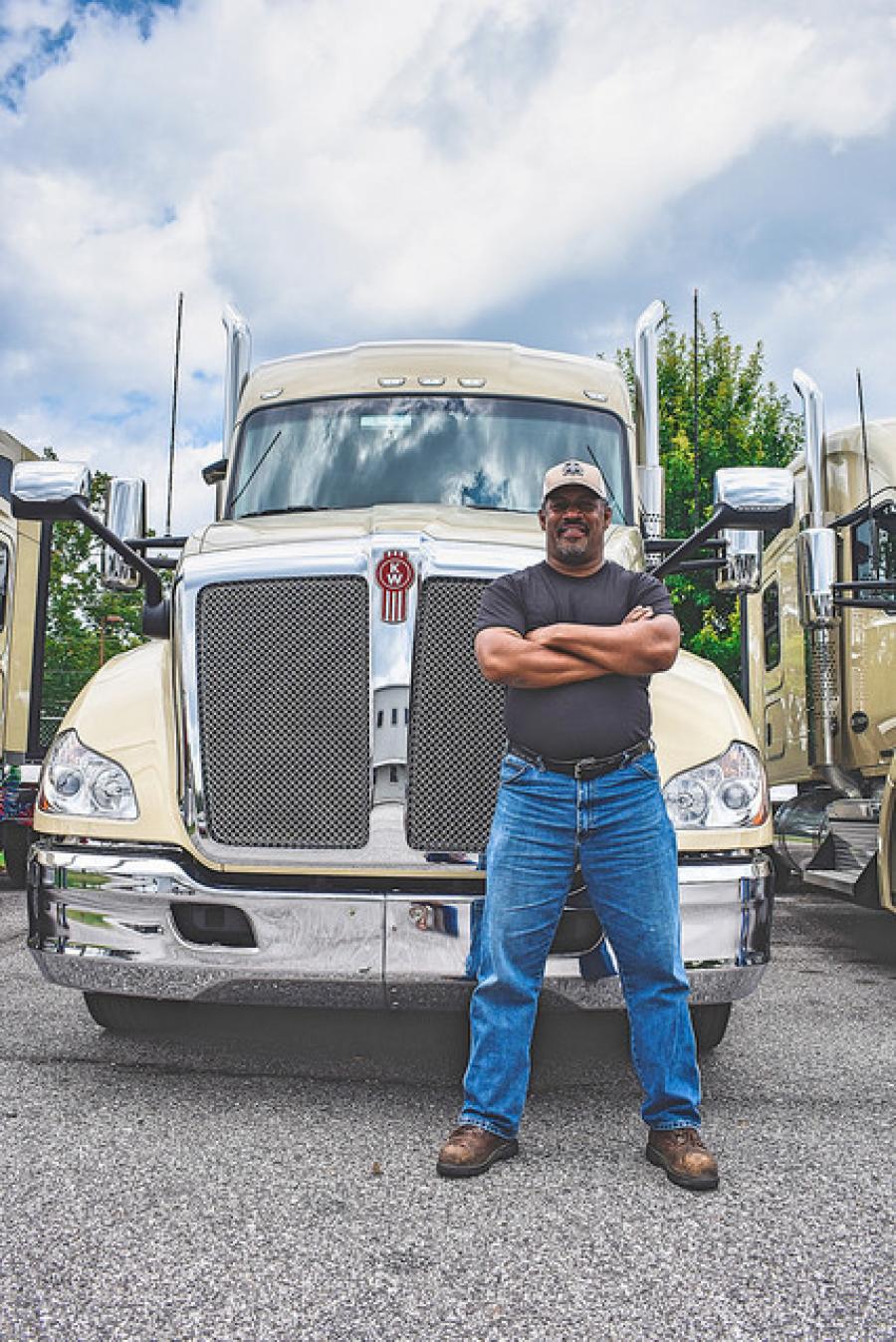 Along with other Hornady Transportation drivers, John Bridgwaters, hired in September of 2017, is receiving a pay raise. Hornady announced in November an increase in per-mile pay along with incentive enhancements for both current and new-hire drivers. The raise comes on the heels of the company's recent announcement of a minimum weekly pay for drivers of $1,000.

Hornady Transportation LLC, a Daseke company, is increasing per-mile pay for both current and new-hire drivers and increasing other incentives to further enhance what is already one of the industry's top compensation and benefits packages.

The move comes just two weeks after Hornady, a specialist in flatbed hauling, announced it will guarantee drivers a minimum weekly pay of $1,000.

Under the new schedule, drivers hired with at least 36 months' driving experience will receive 53 cents per mile, up from 49 cents per mile. Starting rates for drivers with less experience were also increased. On a drivers' anniversary date, they'll receive penny-a-mile increases, up to a cap of 56 cents a mile.

Drivers already with Hornady will also benefit from the new pay schedule, with an immediate increase for current drivers from 52 cents per mile to 54 cents. They too will see increases on each anniversary until they reach the 56-cent cap.

Chris Hornady, chief executive officer, said the increases are part of a driver-centric operating philosophy to recognize their contributions to the company's success and growth.

“We are increasing our pay to attract experienced drivers with a strong work ethic,” Hornady said. “We're a growing company with an expanding fleet of 270 trucks, and we need to recruit the industry's best drivers. These pay increases will help us do that. We also want to reward our experienced drivers who have helped make this company what it is today.”

This pay increase is in addition to previous increases which have included tarp pay, layover pay, detention pay and breakdown pay.

Hornady drivers also receive over-dimension, holiday and clean-inspection pay, accrue merchandise in a company rewards program and bonuses for referring drivers and customers to the company. New drivers receive a $2,500 sign-on bonus and orientation pay (recently increased to $1,000). They will also receive a $4,000 grant in the Daseke stock ownership program.

Drivers interested in joining the Hornady team can visit drivehornady.com.