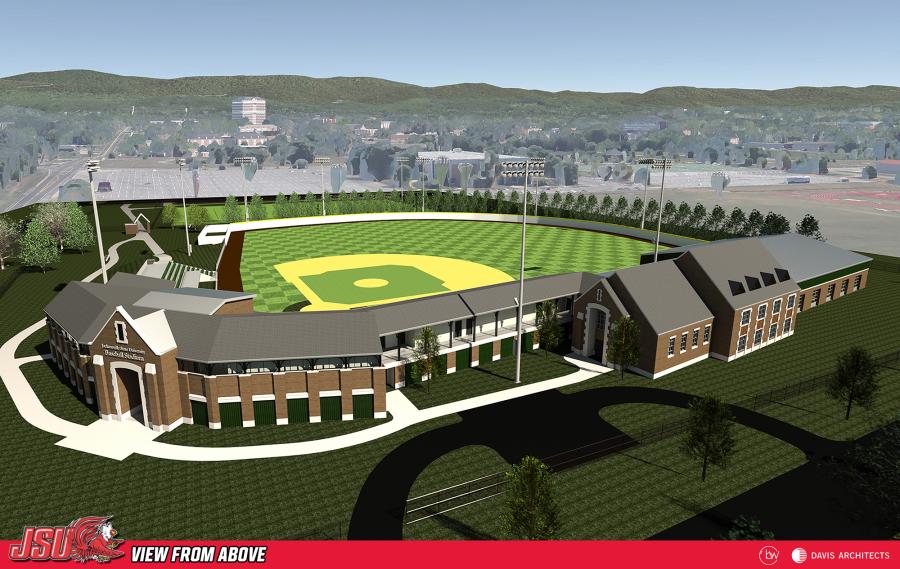 McGuire is part of the construction team that is helping build the Gamecocks' new field, The Gadsden Times reported. McGuire and the rest of the Davis Architects crew have made noticeable progress on the new stadium, with the foundation laid for the indoor hitting facility.

The $9 million project is due for completion by the February start of the 2018 season.

McGuire said he might try to leave his initials somewhere in the concrete of JSU's new baseball stadium. The project has given him work during the summer leading up to his final semester then internship in pursuit of a degree in exercise science and career in physical therapy.

"If I find some wet concrete, it's gonna be," said McGuire as sweat poured down his face while taking a brief break from shoveling rocks.

The school completed a $175,000 upgrade on the tennis courts in time for this past season. Work is under way on a $100,000 upgrade of men's basketball coaches' offices, locker room and meeting room to go with the completed donor room.

“Honestly, I think our baseball [stadium] will put us third best in the state, just behind Alabama and Auburn," JSU athletics director Greg Seitz said. "This will certainly put us, for schools our size in our state, as the best. No question it will be the best in our conference."

McGuire ponders the mark he'll leave on the baseball program, beyond his accomplishments as a player.

“I was joking with someone the other day," he said. "I put four years of work in here, and I'm not done yet."