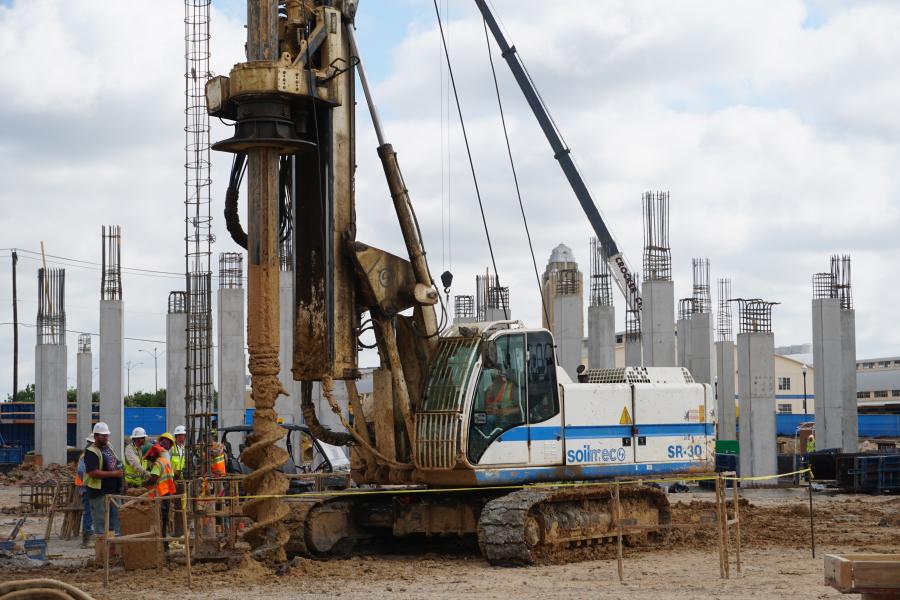 Upon completion, Dickies Arena will serve as the new home for the Fort Worth Stock Show rodeo performances. (Multipurpose Arena Fort Worth photo)

Construction of a $540 million multi-purpose venue that will include space for major sporting events, rodeos, concerts and graduation ceremonies is under way in Fort Worth, Texas. When it opens in 2019, the 14,000-seat Dickies Arena will glisten as the latest jewel in the city's crown.

"We're one of the fastest-growing large cities in the U.S. over the past decade, now the 16th largest," said Bill Thornton, president and CEO, Fort Worth Chamber of Commerce. "We had outgrown the Will Rogers Memorial Center and the Convention Center Arena and needed a larger, newer venue for existing events and to attract new ones."

Upon completion, Dickies Arena will serve as the new home for the Fort Worth Stock Show rodeo performances. The adjacent 1930s-era Will Rogers Memorial Coliseum, which seats roughly 2,800, will continue to serve as a major equestrian venue. The Convention Center arena, built in 1968, has a capacity of 13,000, but lacks the technology capabilities the new arena will provide.

"Although in the region we have AT&T Cowboys Stadium in Arlington and American Airlines Center in Dallas, Fort Worth needed our own state-of-the art venue," said Thornton. "We are looking forward to arena events attracting residents from the North Texas region and visitors from the entire Southwest to our cultural district, where the arena is situated, and introducing them to all we have to offer in Fort Worth."

The local economy will clearly benefit from the new arena. According to Thornton, the new construction will employ dozens of workers and have a positive impact on suppliers, hotels and restaurants in the area.

"Also, there is an immense loyalty to the beloved Will Rogers Memorial Center, and what's special about Dickies Arena is that it will be a state-of-the art facility, but maintain the art deco architectural influence of Will Rogers and be a complement to our western heritage."

The community voted overwhelmingly in favor of the arena in three ballot propositions in 2014, and interest in the project hasn't waned.

"When a special bond issue was made available to residents to invest in the arena, $240 million in bonds were sold within a day," said Thornton. "Once the sports events and concerts begin happening, people will really be buzzing with excitement.

"This arena will become home to the legendary Fort Worth Stock Show and Rodeo, which attracts a million visitors annually from throughout the country. The new arena, including the exterior space, will allow for larger audiences and more dining and musical entertainment during the stock show."

He added, "We're fortunate that we have such strong leadership in the private sector, a collaborative city government and engaged citizens to bring these projects into reality. As Mayor Betsy Price said, this will allow generations to enjoy new experiences and make lasting memories in Fort Worth."

The total project cost includes parking, infrastructure and roads. According to Event Facilities Fort Worth, more than 15,000 semi-truck loads have already removed in excess of 275,000 cu. yds. of dirt. Cranes, lifts, dump trucks and other heavy machinery dot the landscape, as work continues on various aspects of the project. Recently, crews have focused on pouring concrete piers, which will provide foundation for the arena.

Early on, the city acquired Bodycote warehouse property. Tear down of the structure was required, with demolition and site excavation complying with all state and local environmental protection controls. In June 2017, work began on the reconstruction of Montgomery Street, in order to transform the area into a gateway to the city's cultural district.

A five-lane road from Interstate 30 to Harley Avenue and four-lanes from Harley Avenue to Camp Bowie will be featured. Construction will include a shared-use bicycle and pedestrian path on the east side of Montgomery Street. Work also includes construction of the drainage improvements on Bryce Avenue from Sutter Avenue to Montgomery Street. The ongoing efforts have required coordination with various utility and service companies, so that the lines could be relocated.

The roadway will be constructed in phases to allow for completion of the utility line relocations. This allows traffic to continue in both directions and still have the roadway open during the Fort Worth Stock Show. The makeover is on schedule and expected to be completed in the fall of 2019, in time for the opening of the arena.

Roadway construction has been coordinated with The Beck Group, which is building the multipurpose arena and parking garage. Following the conclusion of the 2016 Stock Show and Rodeo, construction began on the arena parking structure. It will contain 2,200 spaces and include an energy-efficiency lighting system that uses high efficiency fixtures and automated controls that make adjustments based on conditions such as occupancy or daylight availability.

Engineering consulting firm Kimley-Horn was hired by the city to conduct a neighborhood parking assessment during the 2016 Stock Show. The purpose was to determine the amount of unrelated parking from the Will Rogers Memorial Center that occurs in the Arlington Heights neighborhood. The city's transportation and public works department worked with the firm team to identify potential street grid design options that would help prevent neighborhood cut-through traffic.

To commemorate the arena's groundbreaking, a "Let The Dirt Fly" ceremony took place in April. The confetti-filled celebration gave officials the opportunity to thank everyone involved in the project. In a surprise move, Multipurpose Arena Fort Worth (MAFW) and Dickies announced the naming rights partnership for the arena during the event. MAFW, the not-for-profit operating entity of Dickies Arena, and the city of Fort Worth hosted the gathering. Speakers at the ceremony included Ed Bass, chairman of the board of MAFW and the Fort Worth Stock Show and Rodeo, Mayor Price and Philip Williamson, chairman and CEO of Williamson-Dickie Mfg. Co.

The partnership includes branding on the exterior of the structure, at entrances and in the interior, as well as opportunities to outfit arena staff in Dickies performance attire.

"We were established in Fort Worth in 1922 as a family-run company, and grew to become the world's leading performance workwear brand from right here in this city," Williamson stated. "Today you can find Dickies in more than 100 countries internationally, and yet we are committed to maintaining our headquarters in Fort Worth, just south of downtown. We're proud that Dickies Arena will redefine what local entertainment means to our neighbors in Fort Worth."

Dickies Arena is the result of a partnership between the city of Fort Worth and the private sector. The facility will be owned by the city and will be financially self-sufficient, with no public money used to fund operations or maintenance. Private-sector participants that include foundations, individuals and organizations will provide half the cost, plus any overages, as a gift to the citizens of Fort Worth. Public funding is capped at $225 million.

Property tax, sales tax and hotel occupancy tax rates will not be affected, nor will the city's general fund, enterprise funds or debt capacity. Public funding will come from revenue generated by parking, ticket sales and the use of livestock stalls and pens, in addition to other sources generated by tourism near the new arena.

There is no developer or franchise owner involved in the project, meaning that revenue from the arena will be directed to operations, maintenance and capital expenditures only. Officials also point out that aside from the rodeo, the arena will have an open calendar, with flexible dates. Two big sporting events have already been booked.

"Together with the Fort Worth Convention and Visitors Bureau, Texas Christian University, Texas Woman's University and our partners at Knight Eady, we are excited to announce that Dickies Arena was selected to host multiple major NCAA events," said Matt Homan, MAFW's president and general manager.

"Fort Worth is a great sports city," said Bob Jameson, president and CEO of the Fort Worth Convention and Visitors Bureau. "With TCU, this incredible new arena and our incredible Sundance Square downtown, we look forward to rolling out the red carpet for sports fans."

Destined to become a local landmark, Dickies Arena will serve citizens from the community and beyond when it opens its doors in November 2019.