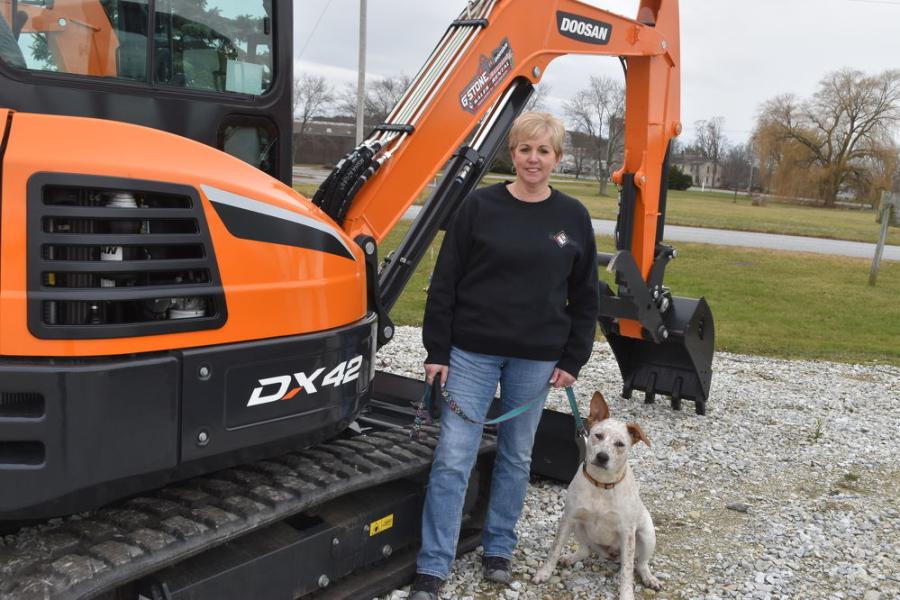 In 1974, Gardner Stone took out a second mortgage on his home, borrowing every dime he could get his hands on, and started a used car dealership on Route 7 in Middlebury, Vt. 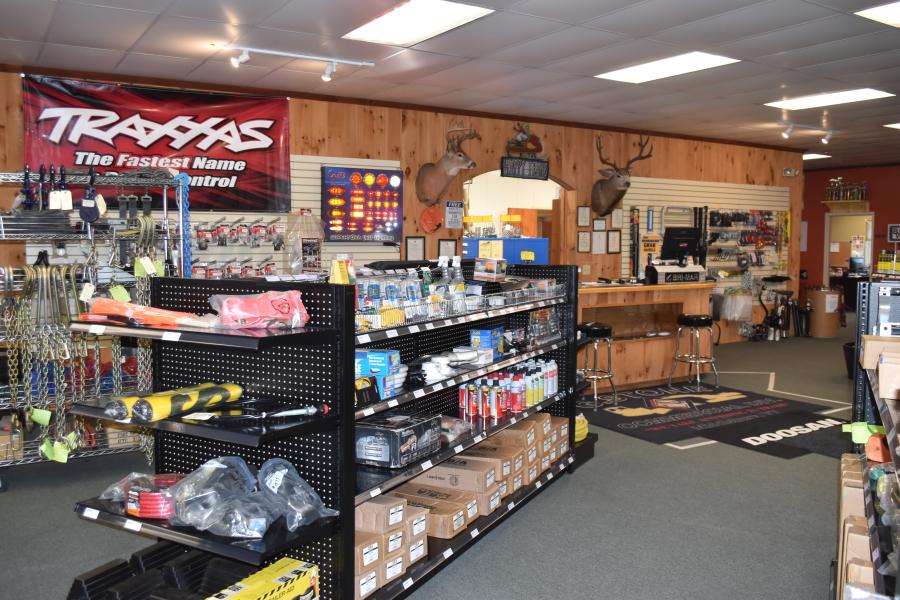 After years of hard work, he grew the business (G. Stone Motors) into a successful General Motors franchise, and Ford franchise. Along the way, he developed a unique reputation as the company that would take anything on trade.

By 2000, Stone's son, Todd, and daughter, Darcy, were actively involved in running the automobile dealerships and Stone was looking to diversify out of the automotive business. He had found some success in selling rollbacks and wrecker trucks and decided that a move into the commercial truck and equipment world was the direction to head.

In 2001, he headed to the big annual auctions in Kissimmee, Fla.,which he had heard was the place to go if you were looking to make a major investment in construction and industrial equipment. He spent more than $1 million investing in inventory for sale and rental of what would become G. Stone Commercial.

The used equipment that Gardner invested in was extremely diverse to meet the needs of Vermont contractors. Everything from excavators, dozers, loaders and light towers to manlifts, could soon be found in G. Stone Commercial's equipment yard. The wrecker and rollback business from G. Stone Motors was moved over to G. Stone Commercial.

Within a short period of time Gardner's daughter, Darcy, joined him at G. Stone Commercial store, working with him in overseeing the company's growth. Today, Darcy serves as the company's president.

"Not too long after investing in our used equipment fleet we started looking for ways to expand our offering of new equipment for sale beyond the roll-back trucks and wreckers," said Darcy. "We have experienced success selling rollbacks and wreckers all over the country representing names like Century, Champion and Kilar.

"Our team does an extraordinary job knowing what people are looking for and putting together packages that are in demand. For instance, they seem to know exactly what service body matches up with what crane.

"As a result, we can anticipate inventory that sells off the lot, but we wanted to broaden our horizons, so we expanded into truck bodies representing companies like Dejanna and Hillsboro. We were soon able to equip trucks for the municipal and commercial truck market." 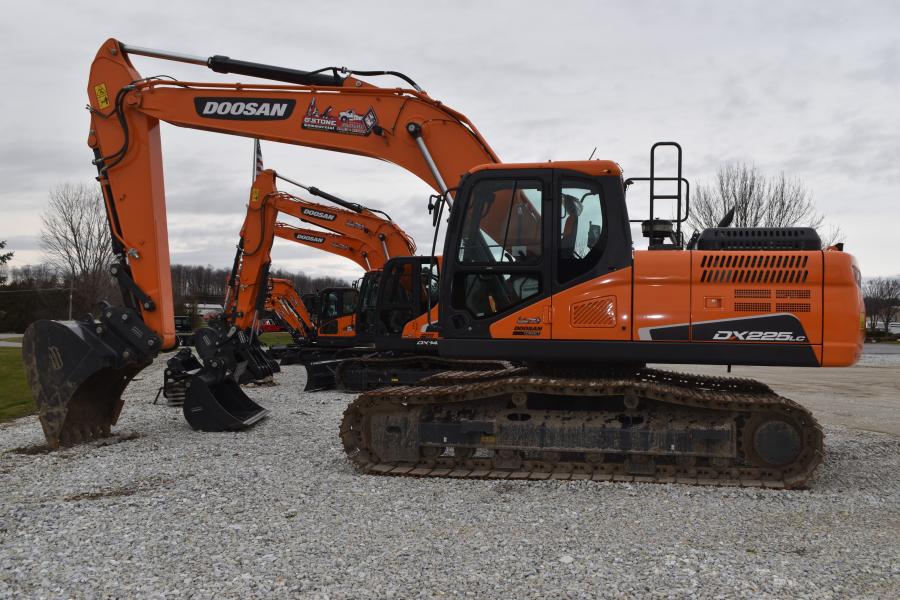 "One of the philosophies that my dad brought over to G. Stone Commercial from G. Stone Motors is the motto that we will take anything in trade," said Darcy. "G. Stone Motors was rather famous for it; in fact, back in 2013, the Game Show Network did a reality show, Family Trade, based on our car dealership and the things that it would take in trade.

"Basically, Dad would allow customers, and we still do, to bring in anything that they believe to be re-sellable to contribute to a trade. At the dealerships, trades have included pigs, maple syrup, collectible dolls, whatever it would take to get a deal done. We have taken items including a pool table, Snap-On toolbox, an airplane, livestock, you name it, we will consider it.

Over the past 20 years, G. Stone Commercial has experienced a tremendous amount of growth in the volume of earthmoving equipment sales and rentals.

"We have continued to make a tremendous investment in purchasing the right variety of high-quality, low hour, lightly used machines to put in our fleet that are available for sale or rent," Darcy said."That fleet is managed by our equipment manager, Jamie McCray. Jamie does a great job giving us direction in what pieces of equipment we should be adding to our fleet as well as selling machines out of our fleet all over the northeast, the country, and at times the world. Not to mention building up a very strong local rental business."

Over the years, G. Stone Commercial has stayed away from taking on any major lines of new construction equipment.

"Dad always had some regrets from the automobile business over how the manufacturers ultimately end up dictating to you how your business is run," Darcy said."However, my philosophy has always been that if you're not moving forward you're moving backwards, and a couple of years ago I made the decision that the only way to move G. Stone Commercial to the next level was to make an affiliation with a major manufacturer. 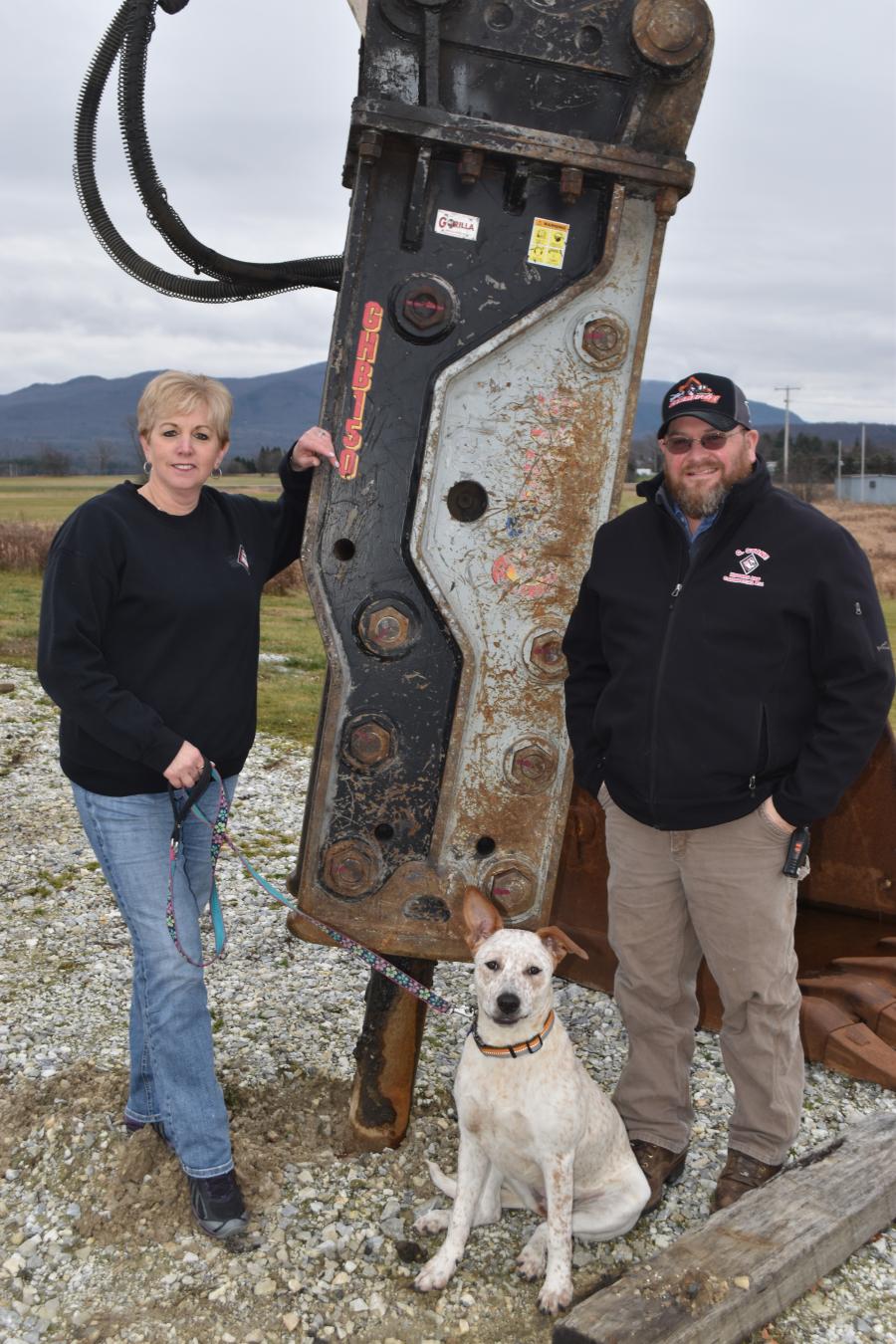 "That's part of the reason that I made the commitment to become the authorized dealer for Doosan excavators and wheel loaders for the state of Vermont, and I have no regrets making that decision. We are doing extremely well in the mini-excavator market which is a big part of excavator sales in the state of Vermont. In fact, we have done so well, we are in the top ten dealerships for machine sales for Doosan in the United States. We've also populated our rental fleet with brand new Doosan machines."

To support the Doosan machines, G. Stone Commercial also has made the commitment to becoming a dealer for several attachment lines, including Craig, AMI, JRB and, most recently, Gorilla hydraulic hammers.

"We are very excited about the commitment we just made to become Vermont's Gorilla hammer authorized dealer," Darcy said. "We are very careful about what products we will represent. We have had a Gorilla 54,000-pound hammer in our rental fleet for over ten years and it has given us trouble-free performance, which is saying a lot when you consider New England's hard rock conditions and a hammer that is going out to rental operators.

"We estimate that we have put at least 4,000 rental hours on that hammer. Of course, we do a very good job maintaining it — we go through it after every single rental, but it is still operating very strong.

"So, when Joe Tedesco, president of Gorilla Hammers, approached us about becoming their dealer, we were thrilled. It's a brand that we can represent with a great deal of confidence. We have already experienced the great product and parts support available through Gorilla and with their support we will now be able to service and repair virtually all makes and models of hydraulic hammers. We can do that with a great deal of confidence knowing that the people at Gorilla are experts in their field who respond promptly and get it right the firsts time.

"G. Stone Commercial looks forward to continuing to grow its business with strategic partners like Doosan and Gorilla who share the same values and mission that we have, namely to help our customers grow and to be there to help our customers and give them support no matter what time of day."