Garco Construction Operates Link-Belt Cranes Around the Clock in Seattle 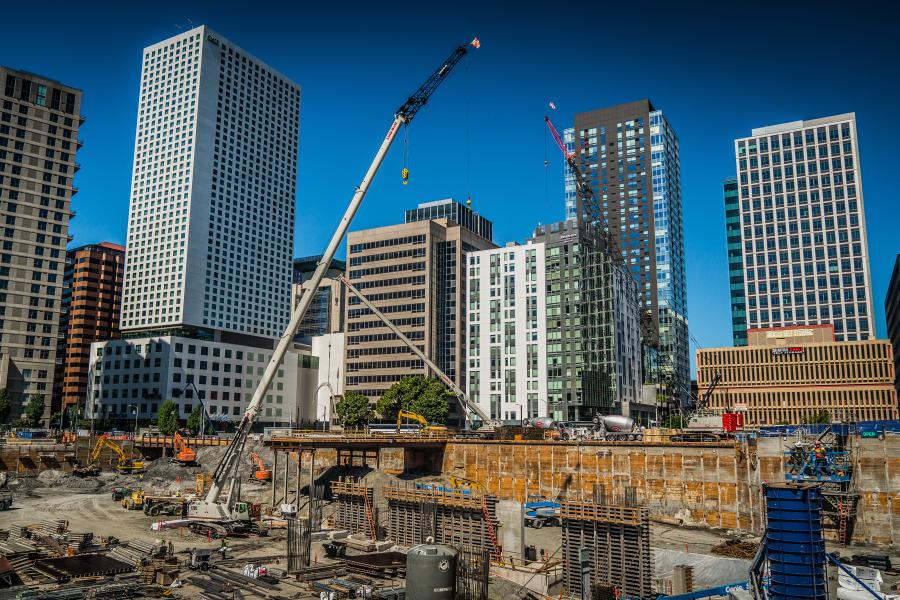 In second quarter, the 2019 Seattle, Wash., City Council reached agreement on funding the largest new development in the city's history – a $1.6 billion expansion of the Washington State Convention Center. Joint venture Clark-Lewis (formed between Clark Construction and Lease Crutcher Lewis) was awarded a $960 million construction contract for the project.

The cranes primarily lift rebar and forms on-site, with 218 HSL, TCC-1100, and TCC-1200 and 248 HSL mainly used for the foundation – lagging with soldier piles and pouring concrete for walls. The deepest point of excavation will be 75 ft. (22.8 m) below street level. 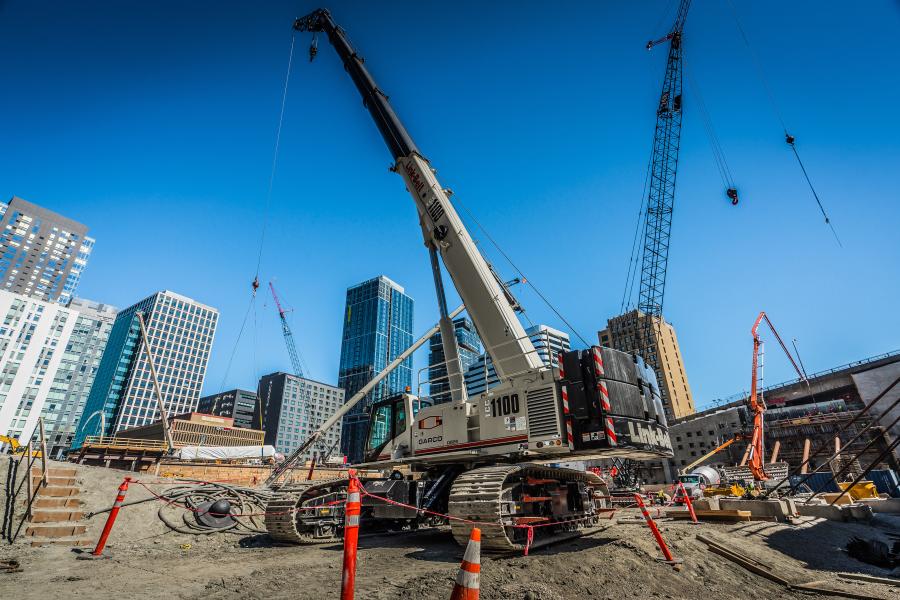 "The 248HSL is pretty smooth function-wise for being a good-size crane – it functions fast, whether booming up, or booming down – and it swings really well. We do a lot of ironwork and with ironworkers it's quick production. We have a 218, it's like a Corvette, but this [248 HSL] is like a turbo boss. The winches are really nice, the motors, you can really dial it down, send out just a quarter of an inch of payout," said Jerry Wilson, 248 HSL operator of Garco.

"There's a lot of consistency needed for keeping two different rebar companies and four carpenter crews busy – and that's exactly what this crane has done for the last six months," said Wilson. 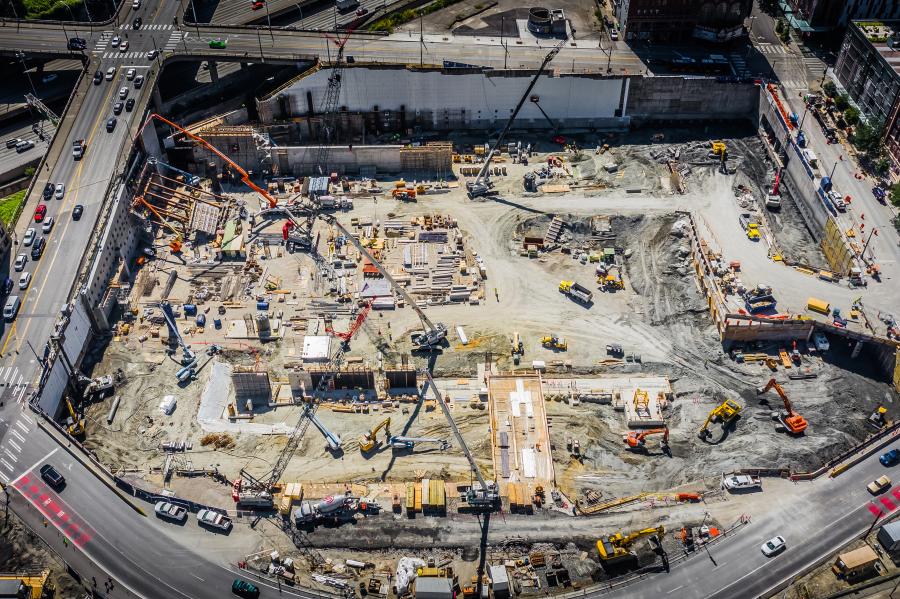 "The TCC-1200 is a workhorse of a crane. It is super simple, and easy to use the Pulse system. It has a great chart for all types of applications. We use it to swing light loads of iron, and heavy CONEX boxes weighing up to 30,000 lb. on a daily basis. We are working in a tight environment with limited space, so the ability to telescope the boom and walk around the jobsite has really increased efficiencies. Being able to move around the job site without worrying about outrigger pads makes production planning so much faster," said Jared Neuert, TCC-1200 operator of Garco.

The crew also is responsible for the logistics of Olive Way; the active downtown street rerouted around the perimeter of the project during construction. Upon completion, Olive Way will become a corridor running below the bottom floor of the new convention center. The convention center project is scheduled for spring 2022 completion. 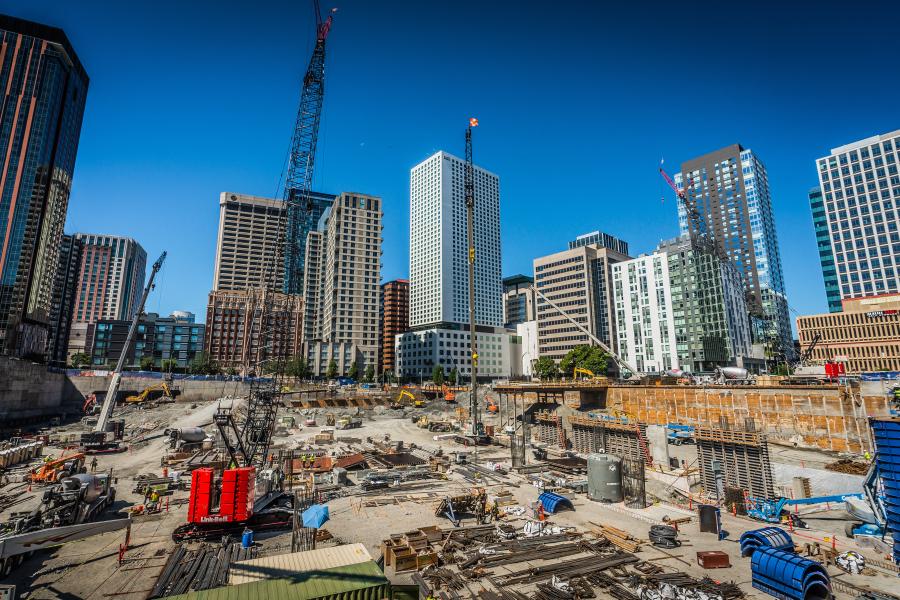