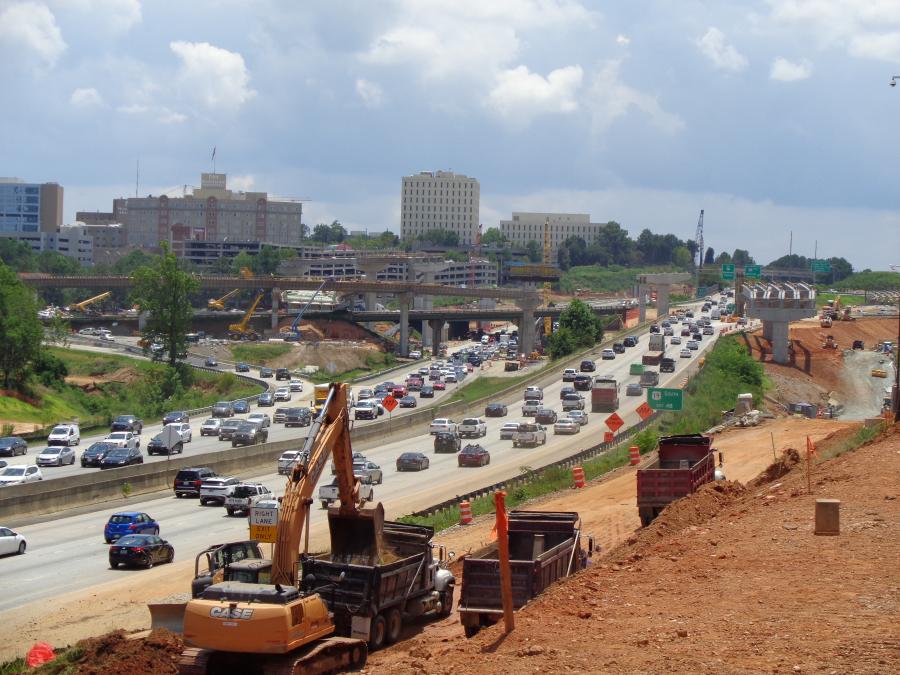 The root of GADOT’s $800M Transform 285/400 project is to reduce traffic congestion in the Metro Atlanta area.

Since construction began in February 2017 on the Georgia Department of Transportation's $800 million Transform 285/400 design-build-finance project, the developer North Perimeter Contractors LLC (NPC) has been making steady progress toward construction completion in late 2020. 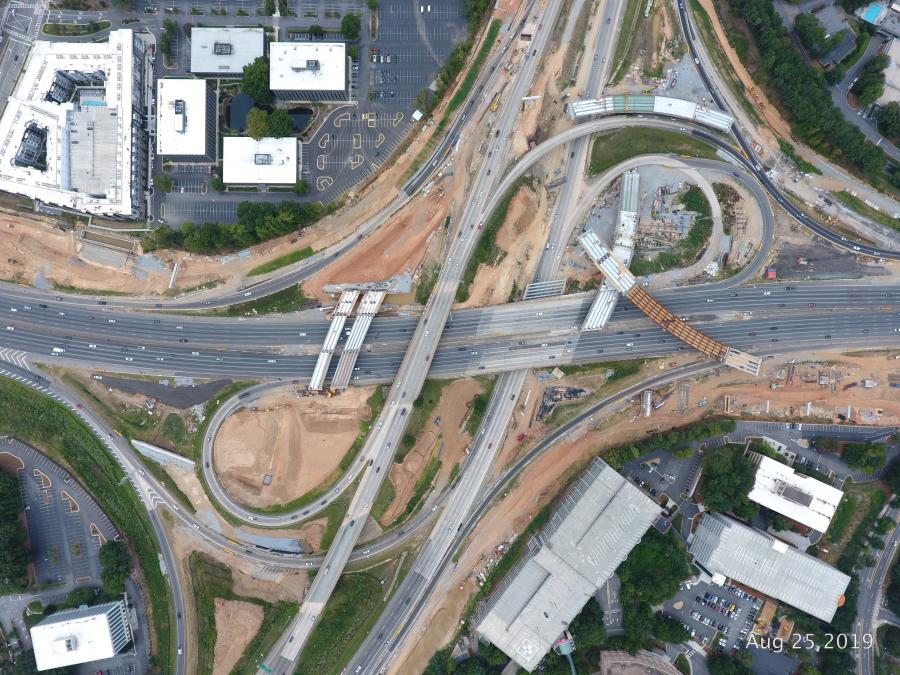 Transform 285/400 rebuilds the Interstate 285 at SR 400 interchange, in the heart of the Perimeter area in north Metro Atlanta, and constructs 4.3 miles of new collector-distributor (CD) lanes along I-285 and 6.2 miles of new CD lanes along SR 400, in addition to other bridge and local interchange improvements within the corridor.

The Perimeter is home to approximately 5,000 companies — including several on the Fortune 500 list — and more than 33 million sq. ft. of office space, three major hospitals, Georgia's second-largest shopping mall and roughly 100,000 residents. Throw in 420,000 commuters just passing through, and you've got a recipe for rush-hour misery.

Rush hour around the interchange typically lasts three to four hours each morning and afternoon, according to an environmental assessment of the project. Even in the middle of the day, traffic often backs up on both highways. Moreover, closely-spaced interchanges along I-285 (including Roswell Road, Glenridge Drive, GA 400, Peachtree Dunwoody Road and Ashford Dunwoody Road) leave many motorists weaving in and out of traffic as they enter and exit the highway. 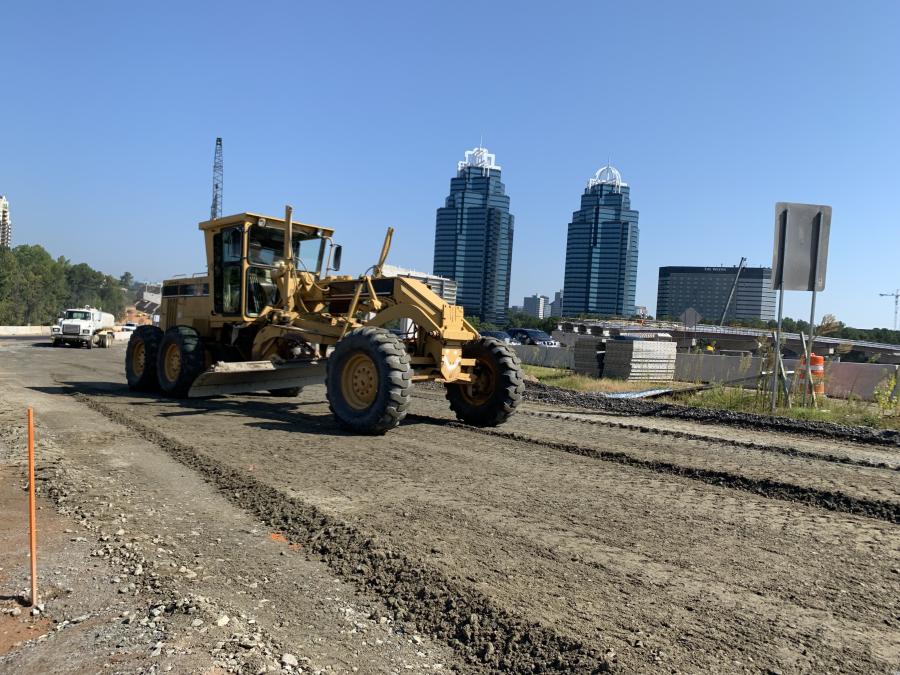 The project is designed to help reduce traffic congestion and enhance safety in the area near the I-285/SR 400 interchange. It adds new flyover ramps, new collector-distributor lanes and other facilities to aid east-west travel along I-285 and north-south travel along SR 400. When completed, it will improve operational efficiency, save 12,500 hours per-day of driving time and prevent worsening traffic delays over time, reduce weaving along I-285 and SR 400 and improve ramp geometry at the I-285/SR 400 interchange.

"Congestion was heavy before and during the start of construction — that's one of our biggest challenges," VanMeter added. "Transform 285/400 will improve traffic flow, decrease traffic congestion and increase safety for vehicles traveling through one of metro Atlanta's largest business districts. Good access and mobility are significant factors in attracting and keeping business in the Perimeter area."

The project is also reconstructing the Mount Vernon Highway bridge over SR 400, the Peachtree Dunwoody Road bridge over I-285 and Glenridge Drive bridge over I-285. The current Abernathy Road and SR 400 interchange is being rebuilt as a diverging diamond interchange (DDI). New flyover ramps will be added and several miles of noise barriers along I-285 and SR 400 will be constructed. Both Glenridge Drive and Peachtree Dunwoody Road are being widened to include sidewalks. A shared-use path to provide a connection through the interchange for planned bike/pedestrian facilities is also forthcoming.

Funded through a combination of state, federal and local sources, as well as private-partner financing, Transform 285/400 is also receiving local contributions from community partners that includes $10 million from the Perimeter Community Improvement Districts (PCIDs) and $1 million each from the PATH Foundation and the City of Sandy Springs for bicycle and pedestrian enhancements.

As noted, NPC is behind the design of the new infrastructure. The current interchange, which was patterned to handle nearly 100,000 vehicles per day, is used by more than 420,000 vehicles daily. It is considered to be one Metro Atlanta's worst traffic bottlenecks. The project is an operational improvement and is not intended to add capacity to the highway. 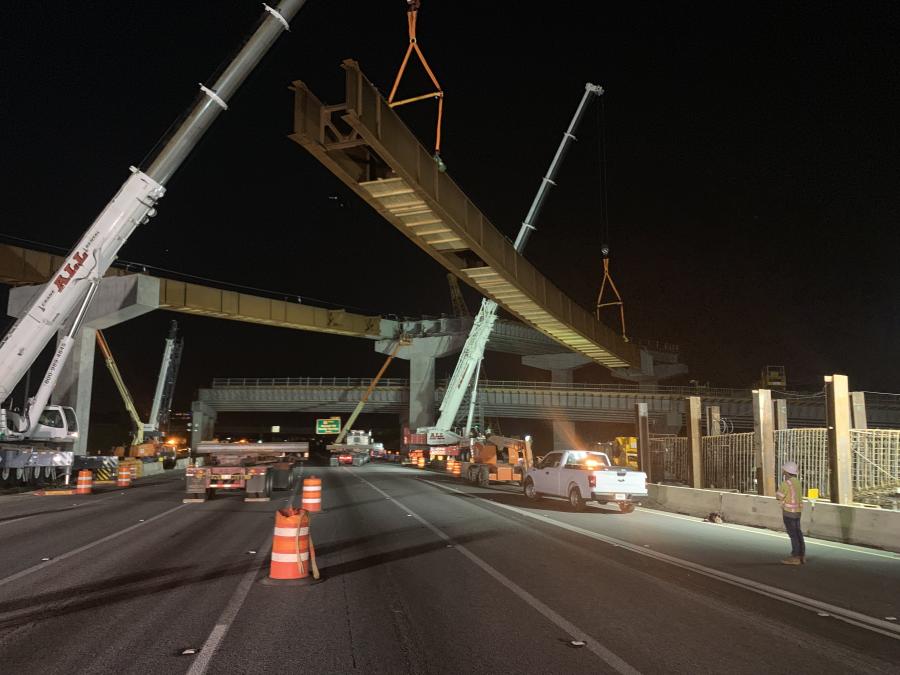 The work is having a major impact on traffic with overnight work and various lane closures. However, local roadways, streets and intersections are being kept open as much as possible, and hospital signs continue to be maintained, as are access for emergency service providers at the Peachtree Dunwoody and Glenridge Drive ramps. To keep drivers informed about traffic, changeable message signs and coordinated ITS systems are providing advance warning notification, police officers are directing traffic for lane closures and notices of construction activities are being posted to the project web page and sent to local media outlets and emergency responders.

"GDOT is working diligently to minimize impacts to travelers, commuters and businesses," said Marlo Clowers, GDOT's P3 project manager. "A significant amount of the work will be done during off-peak, overnight hours to reduce impact on the commute to and from work as much as possible. Our project team is communicating proactively with stakeholders, the media, transit agencies and local organizations about any lane changes and closures in advance of construction activity.

Community outreach has been essential in the lead up to the work and GDOT is bolstering that by having its representatives speak at meetings of local organizations to update residents and business associations.

Much of the construction activity is occurring on a 24/7 basis, including weekends. Preliminary work and limited closures began October 2016 and major construction kicked off in February 2017.

"The biggest challenge is rebuilding a major system to system interchange while maintaining throughput for over 400,000 vehicles per-day," Clowers explained. "Another challenge is the proximity to three regional hospitals. Maintaining access for emergency vehicles is essential amidst the chaos of construction. Monthly coordination meetings are held with the hospitals to inform them of upcoming activities. Also, email blasts are sent out in advance of those activities, along with suggested alternative routes. Both GDOT and NPC are committed to providing a quality project that meets the mobility goals set forth by GDOT in the contract. The project will be completed as efficiently as circumstances allow." 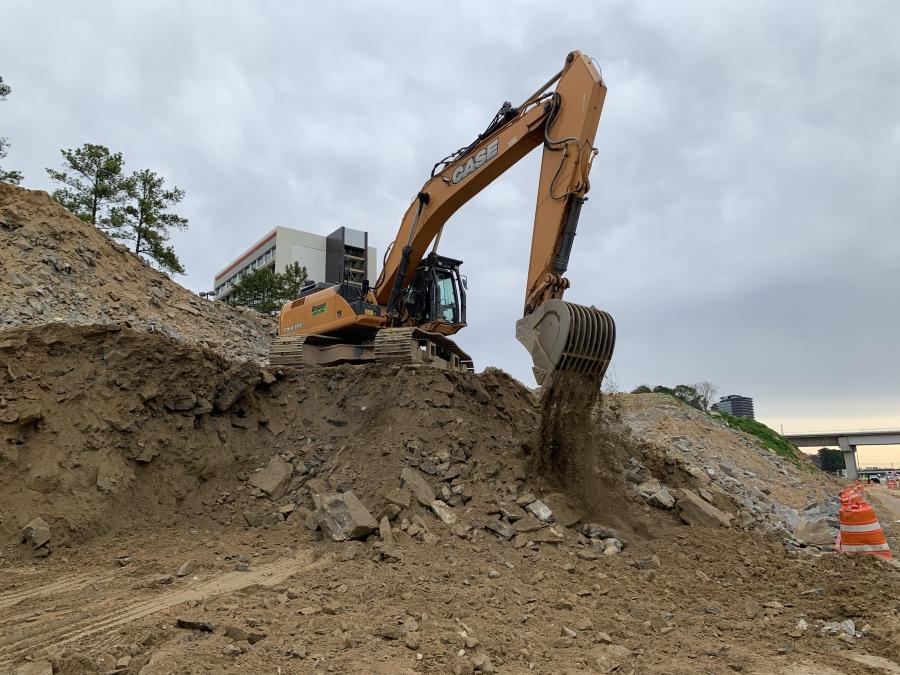 Earth work operations have already occurred at several sites and will start at others in the near future. Phase 2 of the Abernathy Road lane modification calls for removing one westbound left turn lane and installing concrete barrier in the center. As the work proceeds, access to two eastbound and westbound lanes, in addition to sidewalk for pedestrians, will be maintained.

For the new interchange, land has been cleared and excavated to prepare for several bridges that will be constructed. The work is starting with the installation of footings, columns and cap construction.

"Several bridge beams have been set in the interchange this year it will have columns and a new median set by late 2019," the project web page stated. "In addition to bridges going up, crews are also constructing temporary and permanent retaining walls, including Mechanically Stabilized Earth [MSE] walls to support bridges and roadways."

The new Mount Vernon Road bridge was erected a few years ago to make room to add new collector-distributor lanes under the bridge along SR 400 northbound and southbound.

"Crews are continuing to complete utility relocation work and minor roadway construction," said Robby Graham, NPC's project manager for construction of SR 400 bridges. "Once these activities are complete, traffic will be switched to the new bridge in the third quarter of 2019 and the old bridge will be demolished." 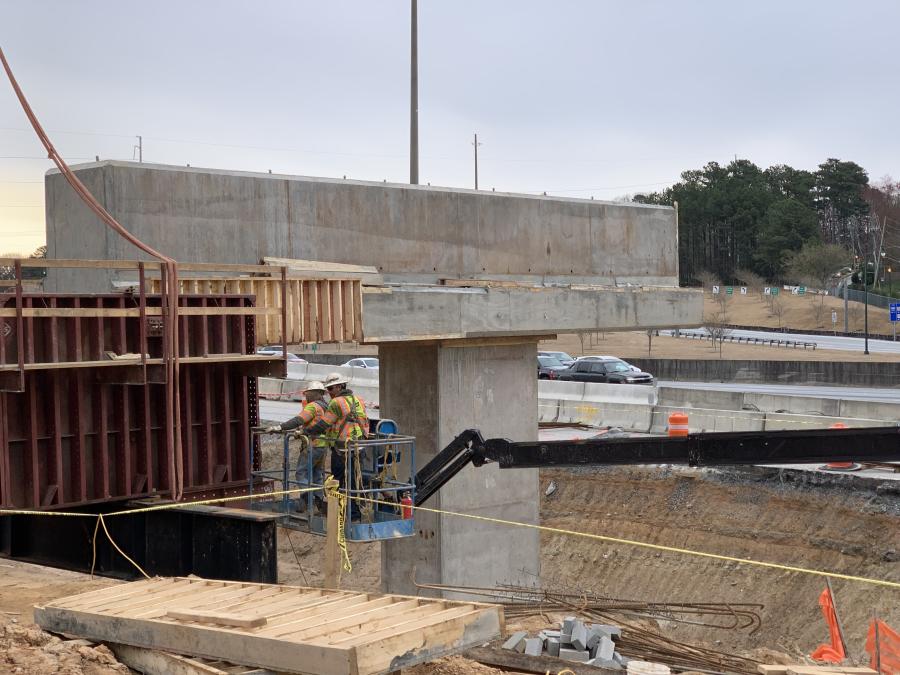 Work has started on the two-lane Glenridge Drive Bridge (which will be finished in late 2020), as have operations for the Peachtree Dunwoody bridge.

Graham, who also oversees the superintendents and subcontractors, depends on the goodwill and cooperation of the NPC and subcontractors to meet deadlines and keep everybody safe. "We have been able to adjust as a team and complete as much as we can even through the rainy days," he said. "We have an amazing team of people at all levels and the interaction between with the public and the project's stakeholders is great — it really makes a difference."

The amounts of new materials — concrete, asphalt, steel and others — are still being tabulated as the construction proceeds. Equipment on-site includes cranes, excavators, dozers, loaders, pavers, rollers and other standard machinery. CEG