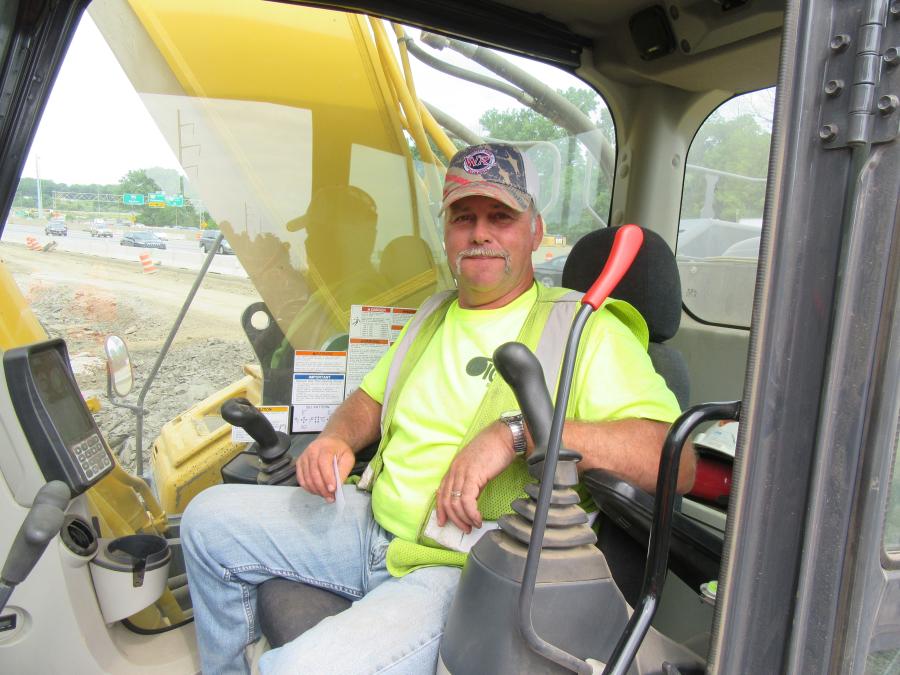 As the general contractor on an Interstate 270 road widening and US 23 off ramp reconfiguration project north of Columbus, Ohio, George J. Igel & Company was tasked with digging a 4 to 6 by 17-ft. deep trench through particularly dense shale for a storm drain to run along the highway between State Route 315 and U.S. Route 23. The company tried a number of options to carve away at the shale, rated between 12,000 to 18,000 PSI. Adding to the challenge was the fact that the shale was interspersed with glacial rock deposits. According to Scott Cline, operator of the company, crews started the project using a hammer but often couldn't trench through enough of the rock to install one 20 ft. by 36-in. diameter drainage pipe in a 10 hour day.

Seeking out a more productive option, the company turned to Company Wrench. Founded by Brad Hutchinson in 1999, Company Wrench has built its business and reputation by providing effective equipment-based solutions to address unique challenges. Tony Little of Company Wrench developed a relationship with George J. Igel & Company when the company rebuilt some of the contractor's tools. After seeing the problems with productivity on the trench project, Little quickly set up an equipment demonstration for a drum cutter. Company Wrench recently became a dealer for Drumcutters from Arizona after a successful rental with one on their attachments on a project in Manhattan. Little felt that the drum cutter attachment would be ideal for the trenching job. Like George J. Igel & Company, the contractor in Manhattan had tried a number of alternative methods with limited success before employing the drum cutter.

During the demonstration of the double head drum cutter ER2000-3, mounted to a Company Wrench owned Kobelco SK500LC excavator plumbed for the attachment, it became obvious that it would be the right equipment solution for the job.

Chris Montell, George J. Igel & Company's pipe foreman, was impressed, and said that the drum cutter chewed right through the shale and glacial rock. Renting the drum cutter and excavator, the company has more than doubled its production at the site, removing 400 to 500 yds. of material to place no less than two pipes per day.

The rotary cutting method that the drum cutter employs is designed to deliver a low energy method of impact for reduced noise and vibration. Using the hydraulic power from the excavator to achieve maximum productivity, the ER2000-3 model double head drum cutter rotates at approximately 65 times per minute. Mounted on the drums, the cutting tools, called picks, are carbide tipped and are held in place with a spring-loaded quick snap. As a self-sharpening feature, the picks are free spinning and can be quickly and easily changed out.

On the job site, George J. Igel & Company's Chris Montell has been extremely pleased with both the drum cutter and Company Wrench, and said that the company is quick to respond whenever they've had questions. From Little's perspective, Drumcutters has in turn provided excellent support.

George J. Igel & Company, has been working with the Ruhlin Company on the entire $75 million project, and it is expected to be completed by the fall of 2016. Work on the project includes .75-mi. long trench for two US 23 northbound lanes just north of the I-270 interchange, and new ramps from Interstate 270 to US 23 north and south including an additional lane for US 23 southbound along with final paving, striping and landscaping.