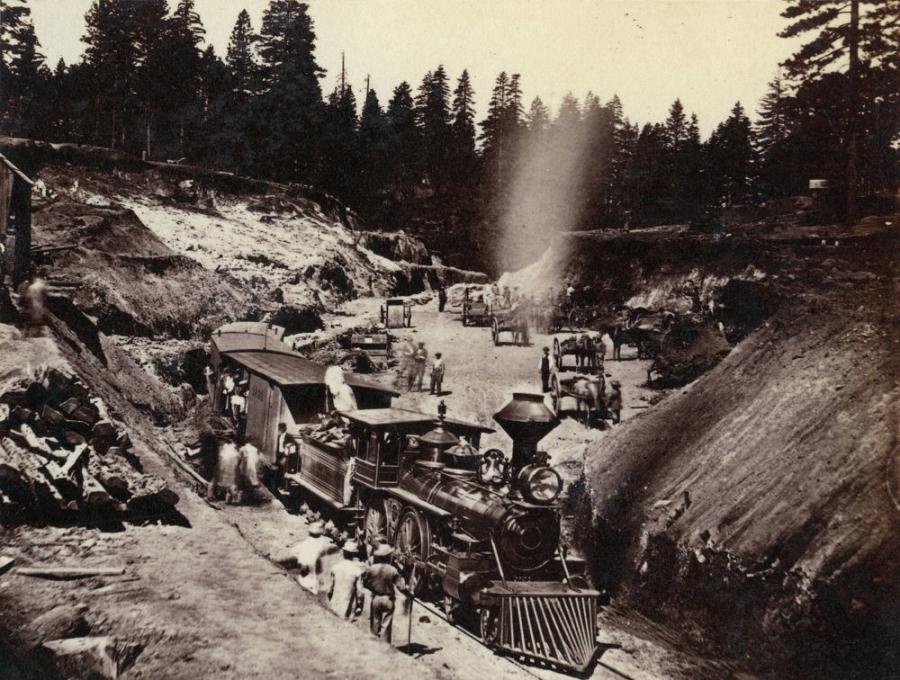 In 1869, only the most basic hand tools were available. Today, workers used machines to drive the spikes and tamper the soil, completing the job in just three days. (Alfred A. Hart photo)

Last summer, park rangers at the Golden Spike National Historic Site in northern Utah noticed that the replica steam locomotives used for demonstration runs were dipping at a certain point on the two miles of park railroad track. A quick investigation revealed the problem.

“We pulled up the boards and found the railhead had rusted all the way through in the middle,” said Lucas Hugie, a Golden Spike park ranger who gives presentations on the railroad. “The locomotives weigh 60 tons when loaded. We had to get some of our rails replaced.”

That gave observers a great opportunity to consider the perks of contemporary construction versus what the builders of the Transcontinental Railroad coped with 149 years ago as they labored to complete what has been called the greatest construction achievement of the 19th century.

Back then, only the most basic hand tools were available. Today, workers used machines to drive the spikes and tamper the soil, completing the job in just three days.

May 10 marks the 149th anniversary of the completion of the railroad at Promontory Summit in the Golden Spike National Historic Site.

It was more than six years in the making, beginning on the west coast in 1863 after President Lincoln signed the Pacific Railway Act of 1862. The act authorized land grants and the issuance of government bonds to Central Pacific and Union Pacific Railroads to construct the railroad to run between Omaha, Neb. and Sacramento, Calif. 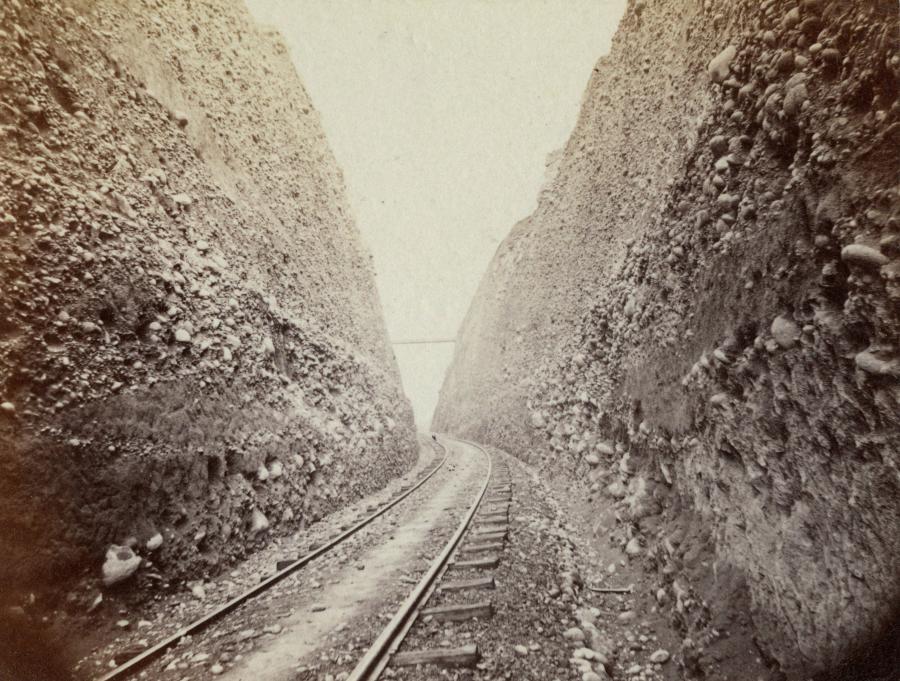 Discussion on building the railroad had been ongoing since the 1850s. But individual states couldn't decide where to put it. Survey crews were sent out to scout the best routes, but Congressmen tended to favor their own states, Hugie said. It made sense to build in the south because there is generally no snow. But Congressmen from the northern states were not going to support a railroad in slave-holding states.

“When the South states left the union, the North states could make up their mind,” he said. And getting it built seemed critical to the war effort. “Lincoln was looking at it from a military point of view. If the war spread out west, he wanted to be able to move troops from East to West in less than two weeks.” 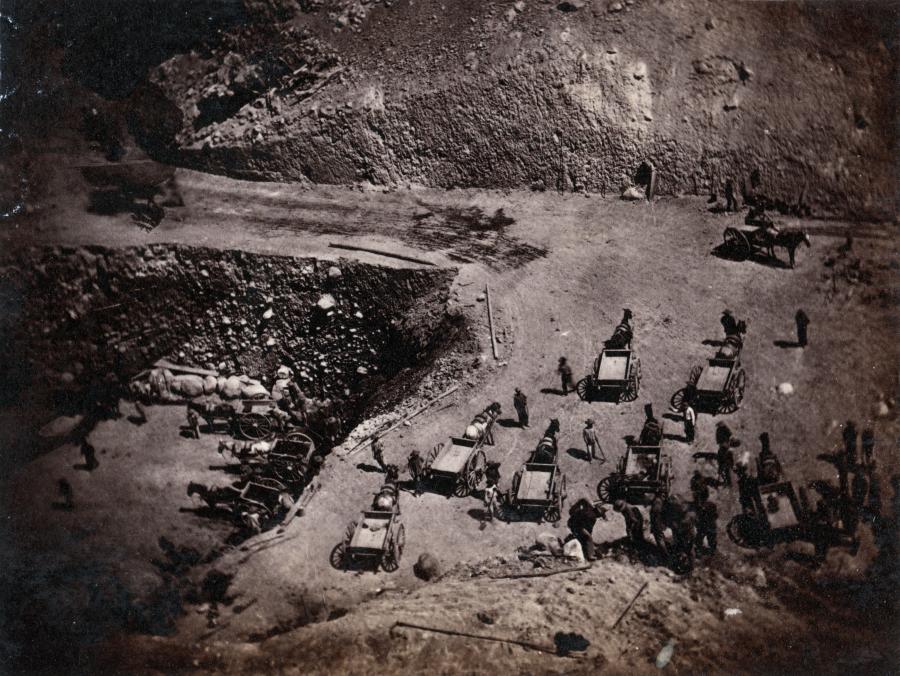 Then they came to the Sierra Nevada mountain range, requiring them to blast their way through to build what would be 15 tunnels on the Central Pacific side.

“When it came to the Central Pacific to blast through those mountains and to make those tunnels, the agent of choice was black powder, Hugie said. “The Central Pacific had tried to use nitroglycerin, but found it too unstable, so they stopped using it.”

Construction foreman James Strowbridge lost an eye to nitroglycerin after a piece became lodged in his eye.

“Because of that they went to black powder, which was more predictable,” Hugie said. “It was slow. Because there was an emphasis on speed over efficiency, a lot of time they used more black powder than necessary.”

The Union Pacific company began building out of Omaha in 1865.

Central Pacific built only four tunnels on its end. But the biggest difference between the two projects was in the railroad ties. Out west, Central Pacific had access to an abundance of tamarack and redwood trees, but there are not a lot of trees in Nebraska.

“When they were trying to come up with wood, initially they looked at hardwood, oak,” Hugie said. “That was $4.15 per tie. That's really, really expensive. I can't imagine using oak in railroad ties. Since railroad ties are fairly disposable. They decided to use cottonwood, which is very porous and it rots quickly. It would rot out in six months.”

“They could put 200 ties in this machine and they would seal that tube and the tube would pull all the moisture out of the railroad ties. Then, they would flood it with chloride and zinc, and the ties would come out of the machine looking metallic grey. They would last about two to three years. That's an improvement over six months. These cost the railroad 17 cents a tie. That's really, really cheap.

When the crews for the two railroads met at Promontory Summit, Central Pacific had built 690 miles; Union Pacific, 1086 miles.

“The fun history fact is if you add those numbers together you get 1776,” Hugie noted.

In 1938, the railroad abandoned all the track in northern Utah. In 1942, they pulled it all up for the war effort. When we became a site, they laid two miles of track for the two replica locomotives we have out here.”