The finance group has placed Caterpillar stocks on it's Conviction Buy list following an impressive upturn in the current trading levels. 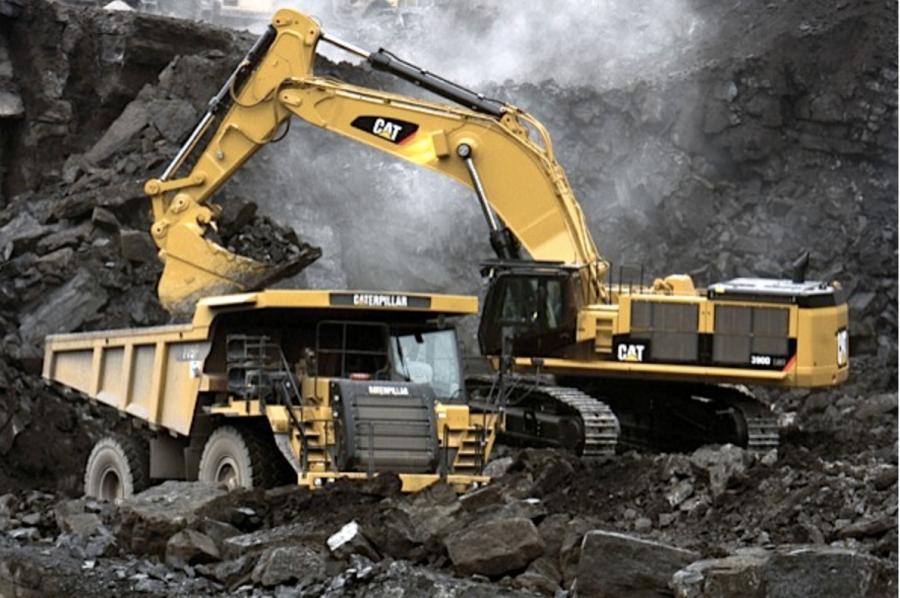 Goldman Sachs turned even more bullish on the stock of troubled heavy machinery maker Caterpillar Inc. on Tuesday, adding it to its Conviction Buy list on expectations that two of the company's key market are poised for recovery.

The bank reiterated its buy rating on the stock CAT, +2.02% and set a $120 price target, equal to 30% upside from current trading levels, and said the mining and construction industries have bottomed.

“We see an attractive combination of (1) structurally higher mid-cycle EPS, (2) exposure to underinvested machinery markets in the early stages of recovery, (3) management strategy transition towards improving returns on capital (versus market share in the last cycle), and (4) a roughly 20% underweight average mutual fund position,” analysts led by Jerry Revich said in a note.

The move comes at a critical moment for Caterpillar, which is currently the subject of a federal investigation of its taxes. Investigators from the Internal Revenue Service, the Commerce Department's Office of Export Enforcement and the Federal Deposit Insurance Corp.'s Office of Inspector General raided several of the company's locations in early March in a search for information related to a Swiss unit that is involved in a long-running tax dispute, as The Wall Street Journal reported.

A report commissioned by the government found the company using tax and accounting fraud to prop up its share price, the New York Times reported.

The company is on track for a fifth year of declining revenue and posted a $1.2 billion net loss for the fourth quarter, wider than the year-earlier loss of $94 million. Revenue fell to $9.6 billion from $11 billion.

The losses stem from an aggressive bet on China made around 2010 at the peak of a strong commodities cycle, driven by the Chinese government's efforts to build a huge industrial and infrastructure base. That created strong demand for oil and gas, mining and construction equipment, and Caterpillar invested heavily in new plants to participate. But by 2012, Chinese growth had cooled and the global commodities boom had eased. Then in mid-2014, the price of oil all but collapsed, further reducing demand for energy–related equipment.

In October, Chief Executive Dough Oberhelman said he would retire earlier than expected, handing the reins to Jim Umplebly, a company veteran. The company has cut thousands of jobs to rein in costs in the past year, most of them in the U.S.

Goldman believes that demand for mining machinery has hit an inflection point, after being a major area of budget savings in 2016. New mining machines as a share of capex budgets were 85% below normalized levels last year, but orders have recovered 25% to 100% off their trough levels in the first quarter, said the note.

About 35% of mining companies have offered higher capex guidance for 2017 for the first time in four years, said the note. Japanese heavy equipment maker Komatsu Ltd. 6301, +0.07% reported its strongest book-to-bill ratio in four years in March, said the note. A book-to-bill ratio is a measure of the number of orders received relative to the amount billed for a certain period, reflecting the strength of a sector.

Meanwhile, Barloworld Equipment, Caterpillar's dealer in Africa and Europe, also reported an infection in mining equipment bookings in January, showing gains of about 35% in South Africa, 170% in Russia and about 50% in southern Europe.

“A modest construction recovery in key regions, compounded by normalization in machinery share of capex should drive strong demand growth off of historically low levels,” said the note.

Caterpillar is currently completing a major transition of its construction industries manufacturing footprint to the U.S. and China and away from Japan and Europe, positioning it well for further margin improvements.

Finally, the average mutual fund is underweight Caterpillar by 20% relative to the index weighting, said the note. “On the sell-side, despite a series of upgrades year-to-date, we note that the 36% of analysts that currently have buy-ratings on Caterpillar is below the historical average of 45% and 71% at peak,” said the note.

Goldman acknowledged that the IRS investigation presents litigation risk, especially since it is not clear exactly what charges may arise from it. It noted that the stock has shed $4 billion in market cap since the day of the raid.

Still, Caterpillar stock has been a strong performer through its recent earnings pressure. It is still up 24% in the last 12 months, outperforming the Dow Jones Industrial Average's DJIA, +0.19% roughly 17% gain in that same time frame, and the S&P 500's SPX, +0.06% 14% gain.

The stock has almost doubled in value since mid-2015, despite its falling revenue.