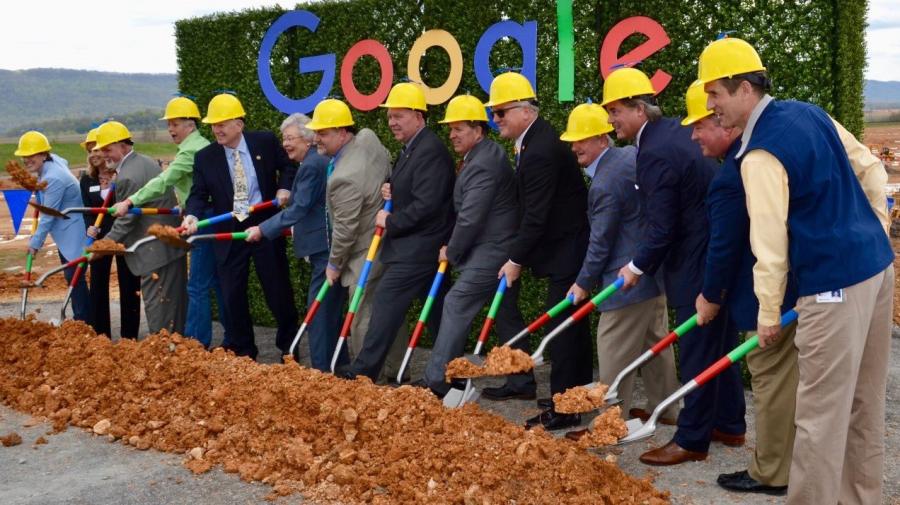 Crews recently broke ground on Google's latest data center in Bridgeport, Ala. Officials expect the $600 million project to create up to 100 jobs in Jackson County, Area Development reported. Plans for the project were first formally announced in June 2015, Made in Alabama reported.

When complete, the facility will be the state's first large-scale data center, and is expected to bring a new aspect to the area's local economy, which is currently focused on manufacturing, Made in Alabama reported.

“This is a big day for Bridgeport because it helps our city in many different ways,” said Mayor David “Bubba” Hughes. “Having Google in our community will bring us great jobs and offer real opportunities for our young people. Google is a generous supporter of schools, and the company's presence will help us recruit other high-tech companies. No doubt about it — this a game-changer for us.”

Alabama Gov. Kay Ivey echoed Hughes' sentiment, saying, “As one of the world's most dynamic and innovative technology companies, Google's products touch billions of people across the globe every single day. We're proud that Alabama is playing an important role in Google's future growth, and we look forward to seeing this data center operation help power that growth … When Google was searching for its next location, I'm glad they found Alabama.”

The center will take over 360 acres that sit adjacent to the Widows Creek coal-fired power plant, which was decommissioned by the Tennessee Valley Authority (TVA) in 2015. TVA is currently working with Google to provide the company with renewable energy that will match the new data center's power usage, Made in Alabama reported. According to Google, the facility will also incorporate energy-efficient elements.

According to Google, the company chose the location in Jackson County because it provided both energy infrastructure and land that was ready to be built on, Made in America reported. Additionally, Google said that state and local officials worked with the company to establish a partnership and help the project move forward.

“Google is committed to investing in Jackson County to create new economic and educational opportunities for the people of Alabama and the surrounding region,” said Dr. Nan Boden, senior director and head of Global Technology Partners for Google Cloud. “As a native Alabamian, I am so proud to be part of the effort to bring this Google data center to life in the coming months and years.”

Google said at the groundbreaking that it plans to give back to the community by donating $100,000 to the Jackson County School District to support STEM programs for local students.