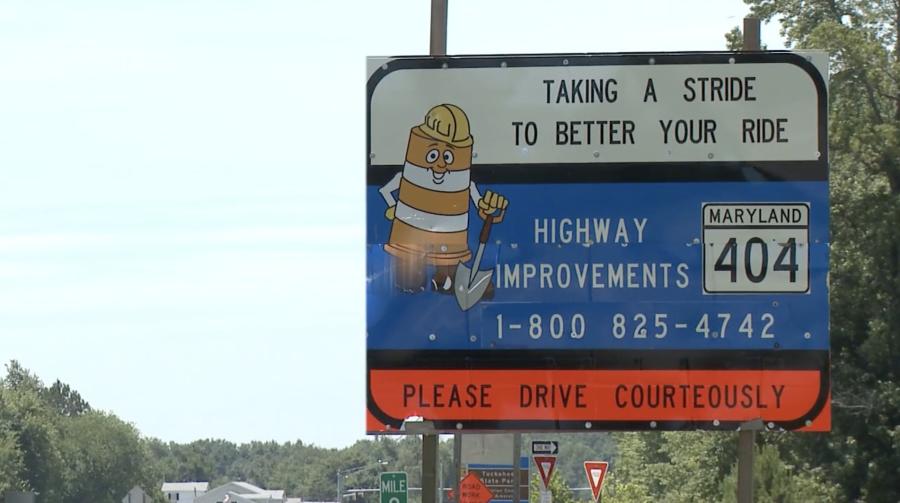 Upgrading MD 404 has been the top priority for Queen Anne's, Talbot, and Caroline counties for years.

Governor Larry Hogan was joined Nov. 22 by area residents, local business leaders, and officials to celebrate the long-awaited improvement of one of the Eastern Shore's primary corridors – MD 404. The event included a ribbon cutting followed by the first cars driving on the much-anticipated new lanes. Under the Hogan administration's landmark investment of an additional $2 billion in roads and bridges announced in June 2015, this $158 million project completed the upgrade of MD 404 from two lanes to a four-lane divided highway from US 50 to the Denton Bypass.

“For decades, improvements to this vital corridor were slow to move forward, and our administration heard your calls loud and clear,” said Governor Hogan. “With the completion of the MD 404 upgrade, our administration is proud to deliver on the number one priority for Queen Anne's, Talbot, and Caroline counties in Maryland – complete and a year and a half ahead of schedule.”

The 11.3 miles of the dualized MD 404 provide a direct route between US 50 and the Town of Denton. The project improved safety with a median that separates the eastbound and westbound sides, as well as four travel lanes instead of two. This project is a critical link – along with projects such as the Dover Bridge replacement, the Salisbury Bypass replacement, and US 113 widening – that connect residents to the Eastern Shore safely.

“This new and improved road is part of our system of systems to connect Marylanders safely to life's opportunities,” said Transportation Secretary Pete Rahn.

During peak summer travel, traffic dramatically increases when drivers head to the Maryland and Delaware beaches. Today, 16,400 vehicles each day travel along MD 404, with more than 20,150 vehicles during the summer. By 2035, average daily traffic will increase to 21,900 vehicles a day, and up to 26,900 vehicles during summer months.

The MD 404 upgrade was planned for years, with small segments improved as funding became available. In the decade between 2005 and 2014, 402 crashes occurred and 12 people lost their lives. Upgrading MD 404 has been the top priority for Queen Anne's, Talbot, and Caroline counties for years.

In 2015, the Hogan Administration directed the Maryland Department of Transportation (MDOT) to deliver the project before Thanksgiving 2017. MDOT developed a fast-track process and solicited teams of contractors and designers to deliver the project within the timeframe. MDOT selected MD 404 Safety Corridor Constructors in June 2016. The crews began relocating utilities, coordinating with area property owners and local law enforcement, and constructing the new travel lanes while maintaining traffic in fall 2016. Workers were permitted to work seven days a week to stay on schedule. Local outreach staff met with emergency services personnel and the agricultural community to keep them informed and coordinate services across Queen Anne's, Caroline, and Talbot counties. The Hogan administration currently has nearly 1,000 transportation projects totaling $9 billion dollars under construction across the state, including more than $781 million dollars on the Eastern Shore.