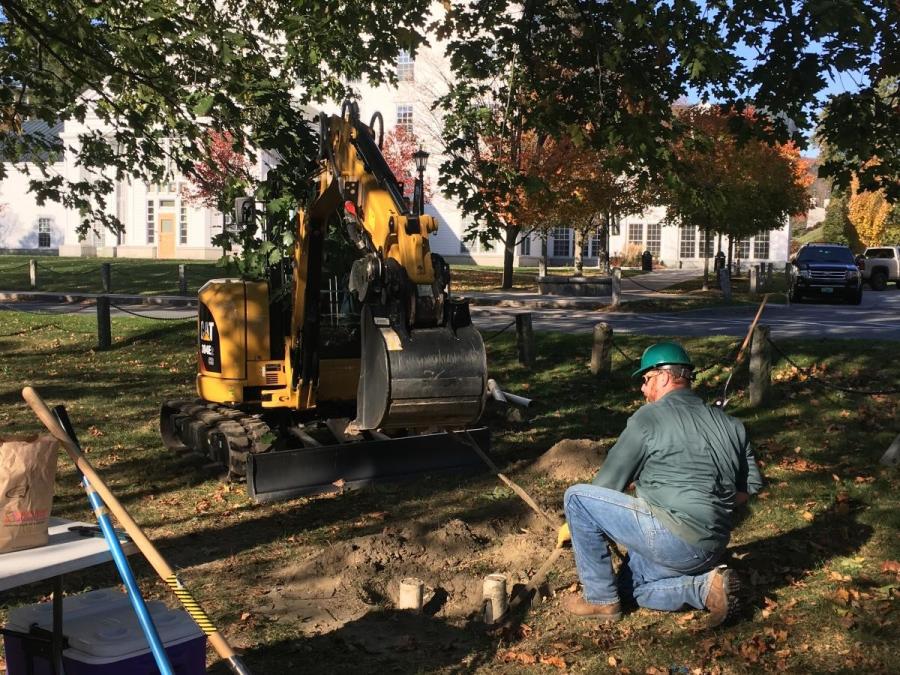 The working ground breaking allowed volunteers to participate in the excavation work for the start of this project, which will erect a Gold Star Families Memorial Monument.

Gov. Phil Scott joined members of the Northfield community, Norwich University and gold star families to break ground on a new monument that will honor those families in Northfield's Center Park.

“We can never do enough to thank the men and women in our military and their families, and for those who pay the ultimate sacrifice, we'll never be able to repay them,” said Scott. “But, it is my hope, that by honoring them and their families with this monument, we can offer some small solace and a place for reflection and recognition of that sacrifice.”

The working ground breaking allowed volunteers to participate in the excavation work for the start of this project, which will erect a Gold Star Families Memorial Monument. These monuments, which are constructed in partnership with the Hershel “Woody” Williams Medal of Honor Foundation, honor gold star families — those families who lost a loved one while he or she was in service of our military.

The monument will be made of four “black mist” granite monoliths and set on a Barre-granite base. The construction of the monument is supported by funds raised by Vermonters United to Help through Gov. Scott's inaugural gala, as well as in-kind donations from local vendors.

“I am so grateful to all who participated with this working ground breaking, and will make the construction of this monument possible,” said Scott. “I thank Norwich University and the town of Northfield for welcoming this monument, as well as all those who attended my inaugural gala, allowing us to support veterans' and military causes such as this one.”