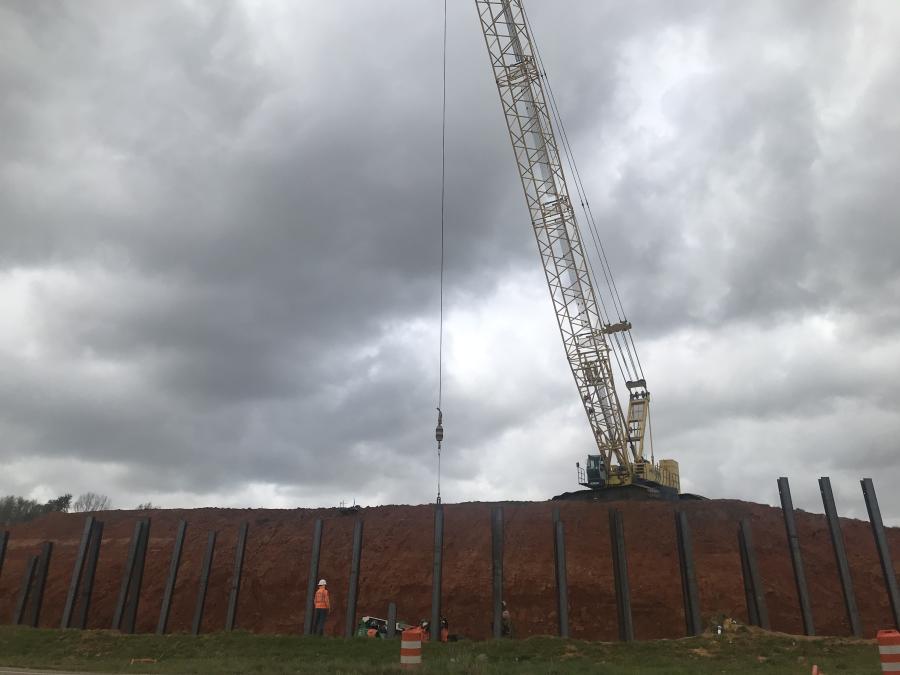 Cranes have played a key role in the placing of steel as part of the new highway construction on SR 158.

Thus far the DOT has awarded four of the seven contracts for the road and bridge infrastructure construction that is taking place in Mobile County. More contracts are expected to be signed in the next few years.

"ALDOT has continued working to complete designs, secure environmental clearances and purchase right-of-way to resume construction of the SR-158 extension that will connect to the new U.S.-98 that is partially completed," according to ALDOT. 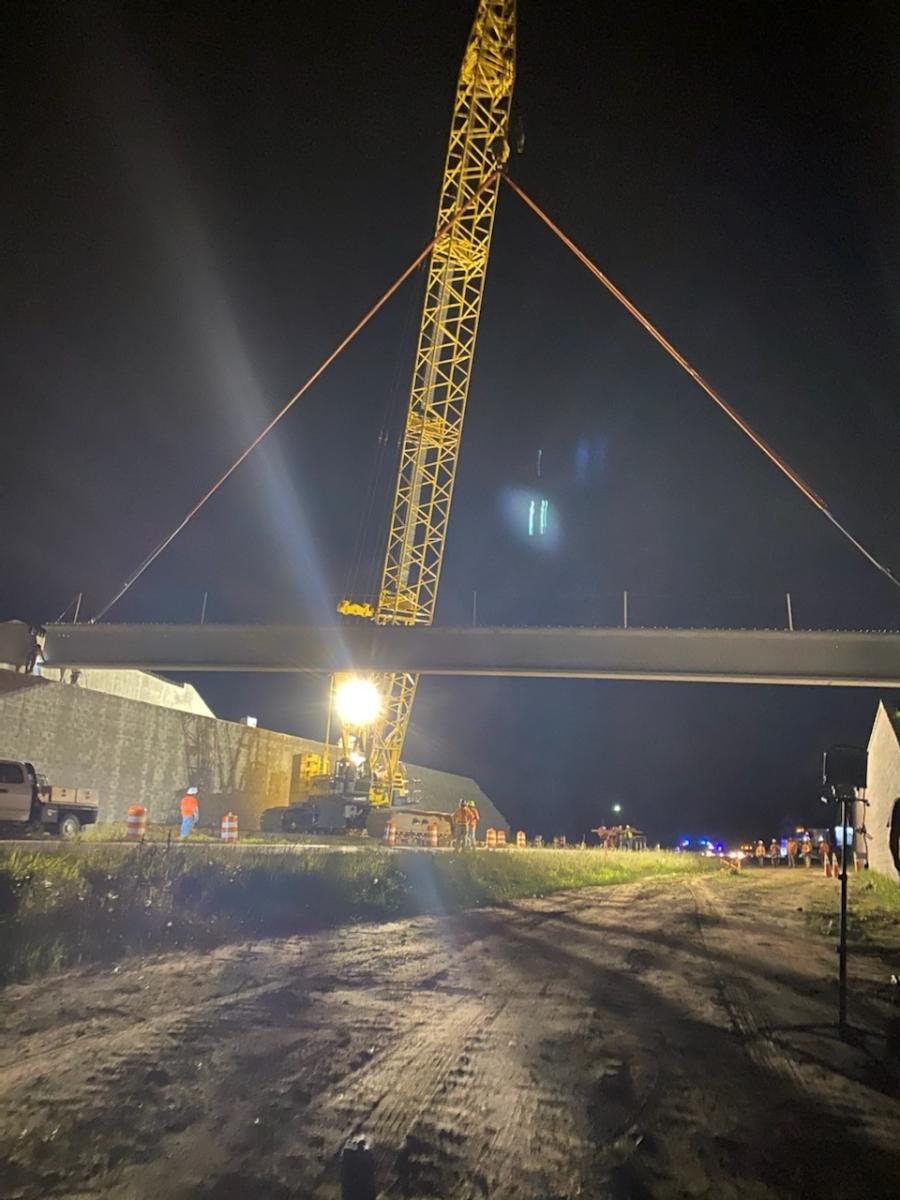 "Due to BP funding, ALDOT has been able to move forward with the U.S.-98 and SR-158 project plans for constructing a two-lane facility from Schillinger Road to the Mississippi State Line.

"The project scope will include building the foundation and performing the earthwork for four lanes, paving two lanes and creating interchanges," it added. "ALDOT will pursue the ultimate divided four-lane design with fully functional freeway type interchanges as funding becomes available."

Katelyn Turner, ALDOT public information officer of the Southwest Region stressed the importance of the project.

"It will alleviate the heavy volume of large commercial vehicles, tourists and local traffic that frequent this route from neighboring states to reach I-10," she said.

The first segment extended the 366-ft. long, four span, Eastbound Bridge on U.S.-98 over Big Creek — a $5.5 million contract that was awarded to Tanner Inc and finished in October 2018. This work added 1,350 linear ft. of bridge, which was equipped with a runoff containment system and tall barrier rail for water quality and watershed improvement purposes.

The second section, beginning east of SR-217 (Lott Rd.) to Schillinger Road (1.5 mi.) in Semmes, started in April 2018 and is nearing completion. The $16 million contract was awarded to John G. Walton Construction Company Inc. The project (80 percent federal and 20 percent state funds) involved grading, drainage, pavement, and the construction of the two bridges over Seabury Creek and Rodgers Road.

The 2.7-mi. segment ($26.8 million) from East of Glenwood to West of Lott Rd. is being built right now by H.O Weaver and Sons Inc.

Construction for the Lot Road Overpass and Jug Handle element, $16.8 million, was awarded to McInnis Construction LLC whose crews started work in May 2020

"The department plans to take bids for the construction of the Wilmer-Georgetown Road Interchange as well as the Glenwood Road Overpass in year 2021, depending on funding availability," according to ALDOT. "The department has applied for a $25 million BUILD Grant through USDOT." 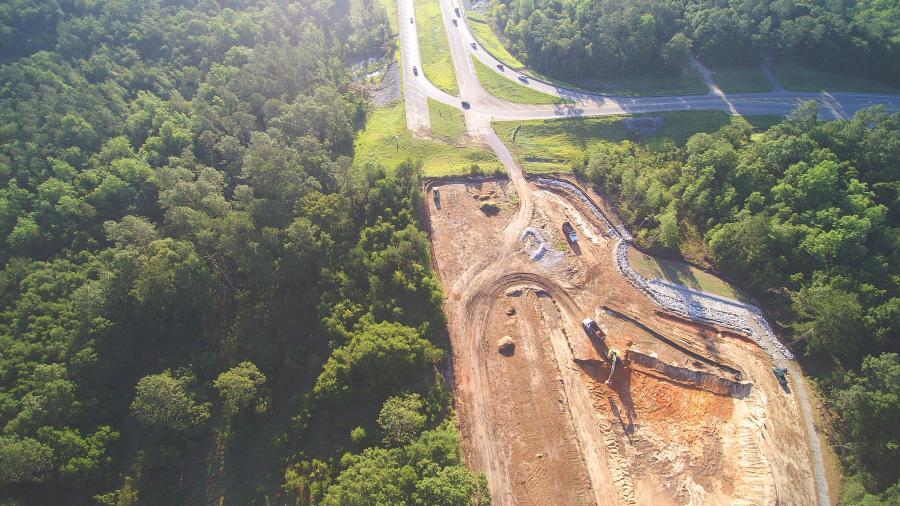 ALDOT is expected to let the final segment — Mississippi Line to 0.5 miles east of Glenwood — in September 2021.

ALDOT, to keep the public more involved and better informed about the project, established a Community Outreach Group.

"This group of private citizens has volunteered to work with ALDOT to ensure we are headed in the right direction," stated the project web page. "[They] assist us in providing feedback to plans, suggesting alternatives, asking pertinent questions and keeping the community informed. The group was recommended by an independent panel including members from Mobile County Government, Fish and Wildlife and the Chamber of Commerce. The creation of this Community Outreach Group and their independent selection is part of our continued commitment to a Safe98."

Johnny Walton, owner and president of John G. Walton Construction Company Inc., is pleased with the work that his crews put into the second segment.

"We paved the two lanes and the bridges have been built," he said. "All but the striping is done."

Michael Gibson, the firm's project manager, noted that one of the challenges was the environmental restrictions at Seabury Creek to protect vegetation and the endangered gopher tortoise from construction activities.

"We had to put up a fence along the right-of-way for either side to keep the tortoises from entering the work site," he said. "We ended up catching 10 to 15 tortoises. ALDOT's environmental officer out of Montgomery searched for tortoise burrows and set up traps to catch them. We had to check the project every day to make sure we didn't find any new burrows. The tortoises were relocated to a safe area through an environmental center to save them."

The work site was located in a sandy terrain, which posed no problems for the excavation and construction of the lanes.

"The rain didn't affect us because the soil was so sandy," said Walton, "unless it was pouring down rain. We just about worked every day there. About 500,000 cubic yards of borrow fill went into the project. We had slopes to contend with, but we had a real good erosion subcontractor in Parker Grassing Co. that sodded the slopes. They kept right behind us as we built the slopes, so we had very little erosion."

The bridge over Seabury Creek is 344 ft. long and one over Rodgers Road is 122 ft. long.

"It went smoothly," said Walton. "We had McInnis Construction LLC doing the bridges and they did a good job for us." 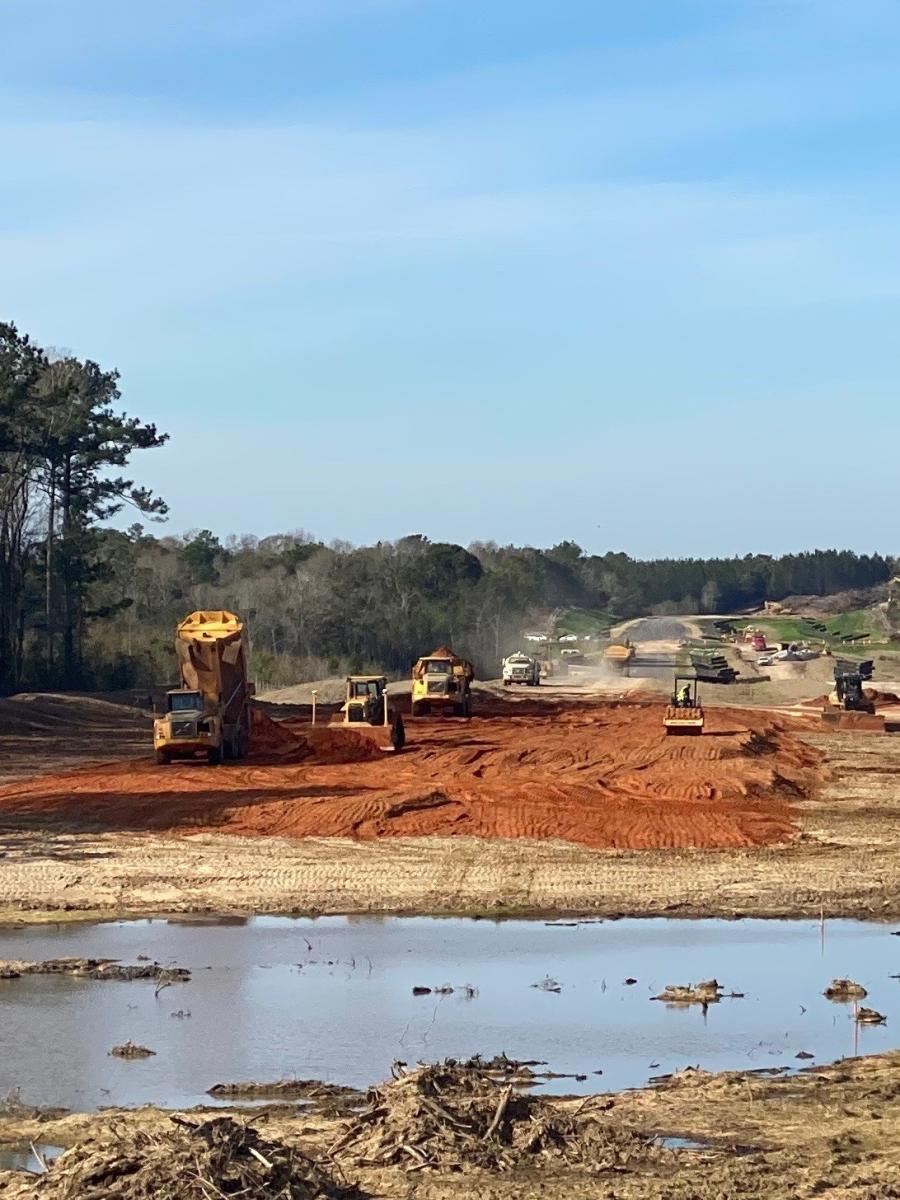 The deck pours for the concrete structures were done at night due to the hot temperatures.

"We did this so the concrete would not crack or dry up," said Gibson.

Earth work was a major element of the work and this was aided by a Komatsu 210LCi excavator and a Komatsu D51-i dozer that have built-in GPS systems.

"Building the model and using GPS equipment really sped the job up," he said. "We spent less time with layout and staking that saved a lot of time."

"McInnis was awarded the next job and has a big bridge to build and we're doing the grading work for them," said Walton, who pointed out that Rusty Goff is serving as the project superintendent

"We had mechanics from our shop, but we didn't have any major equipment issues on this job," said Walton. "Most of the equipment was new."