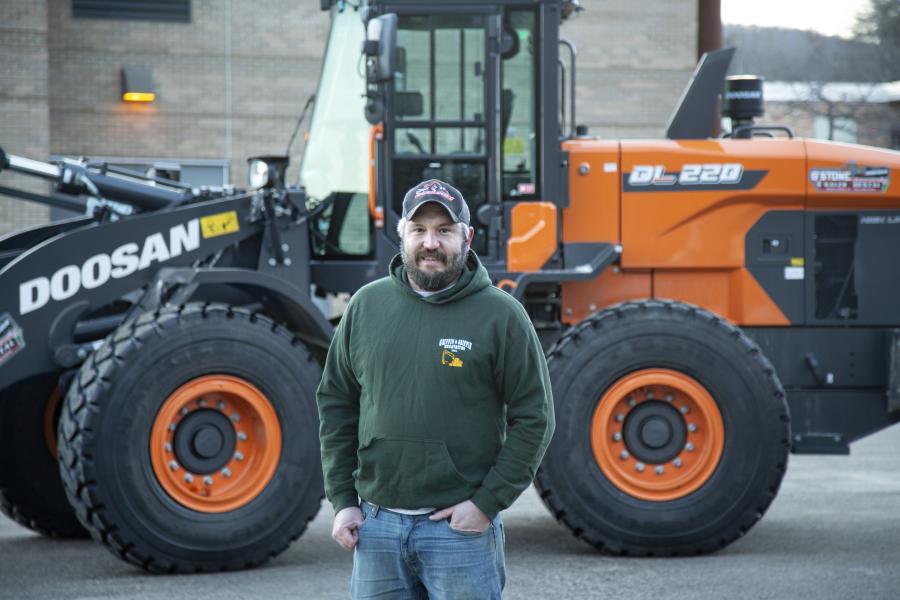 Vermont's Mad River Valley is one of the snowiest locations on the East Coast of the United States; crisscrossed by winding dirt roads and dotted with ski resorts. Here's where Chris Griffin clears snow in the early mornings throughout the long Vermont winter.

"Everybody thinks it's just pushing snow and it's easy, but there's a lot more to it where we live," Griffin said. "There are hills and ice and complications. You have to pay attention to keep the truck on the road."

Griffin knows these hills well, having grown up working here for his grandparents' company, Griffin and Griffin Excavating. When he bought the company, he changed the name to Griffin and Sons Excavating as a tribute to his two boys.

"I started out in the sandbox, and I never got out of it," Griffin said. "I'd like them to do what we did. My family always has done it and it's a good job. It's a lot of fun. You get to work outside and take a lot of pride in your work."

It may be fun, but it's not easy. Griffin works seven days a week, year-round. When the ground is thawed he's doing site preparation and road work; when it's too cold to dig he's clearing snow off driveways and the school parking lot. He has four employees and would have more if he had an easier time finding qualified operators. This year was the first year he had to turn down customers because he didn't have enough labor to handle the increased work.

"I'm out driving the truck and working with the guys every day," Griffin said. "But there's only so much we can do." 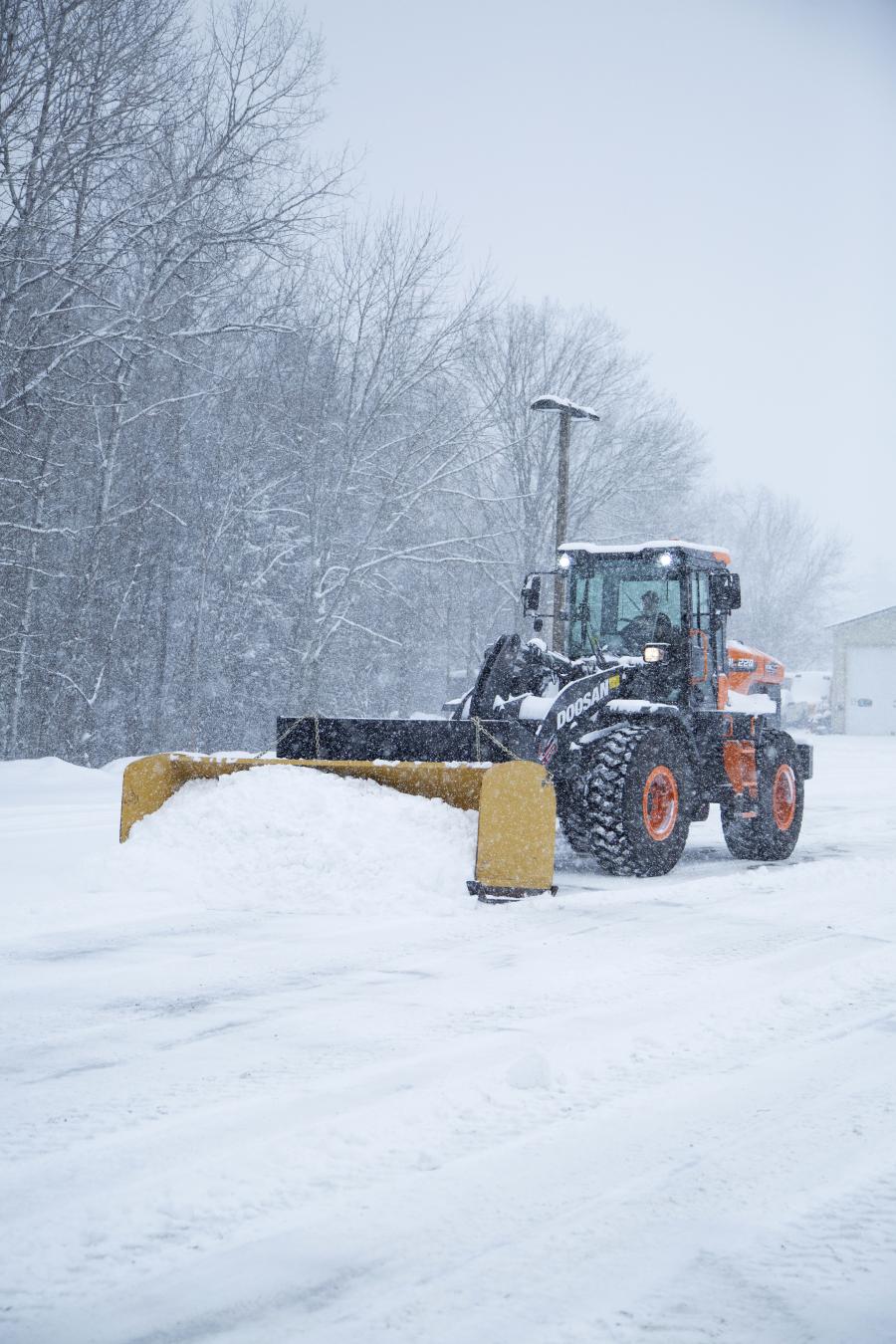 To help increase his company's productivity, Griffin uses two 15-ton wheel loaders that he said are the perfect size for clearing snow. He outfits one with a 12-ft. snow pusher attachment for plowing and the other with a bucket for stacking.

"Clearing up snow with a wheel loader and a snow pusher is a lot faster, and you can push more snow than with a skid-steer loader, especially when you get heavy snows," Griffin said.

One of his wheel loaders is a Doosan DL220-7 that he purchased from G. Stone Commercial in Middlebury, Vt. A previous relationship with the dealer offered Griffin the opportunity to purchase the newest iteration of Doosan wheel loaders.

When it snows, Griffin and his operators have to be ready at all times of the day. It may be 1 a.m. when he's clearing snow from a school parking lot. Bright LED lights on his wheel loaders allow him to work at night with clear visibility to the snow pusher. That visibility is paramount when performing snow removal, and Griffin said the machine is designed so he can see all around it.

Support from his dealer keeps him and his crew working throughout winter.

"I need good service and dependability from my dealer," Griffin said. "My machine has to be working when we need it. My local dealer provides great service. They're right on top of stuff when you need them."

If fuel prices remain high, Griffin acknowledges he may have to raise his rates this coming winter.

"We don't want to raise prices, but we have to cover costs," Griffin said. "Everything revolves around fuel, and increases make everything else go up."

To control what he can, Griffin leases his wheel loaders and has warranties on his machines.

"I just try to get a monthly payment that's comfortable because sometimes you don't know what work you're going to get in the winter," Griffin said.

In the summertime he uses his wheel loaders in his company's yard for loading material like stone, gravel and topsoil. When he's in the cab, he appreciates the hands-free Bluetooth connection to his phone, because he's often multitasking. For the owner of the company, there's always something else to be done.

"I work with homeowners all the time," Griffin said. "I go meet people, I go to the job and do estimates, and I run equipment."

He does all that while raising a young family.

"I don't get much sleep," Griffin said. Thankfully the cupholders in his cab hold a lot of coffee.