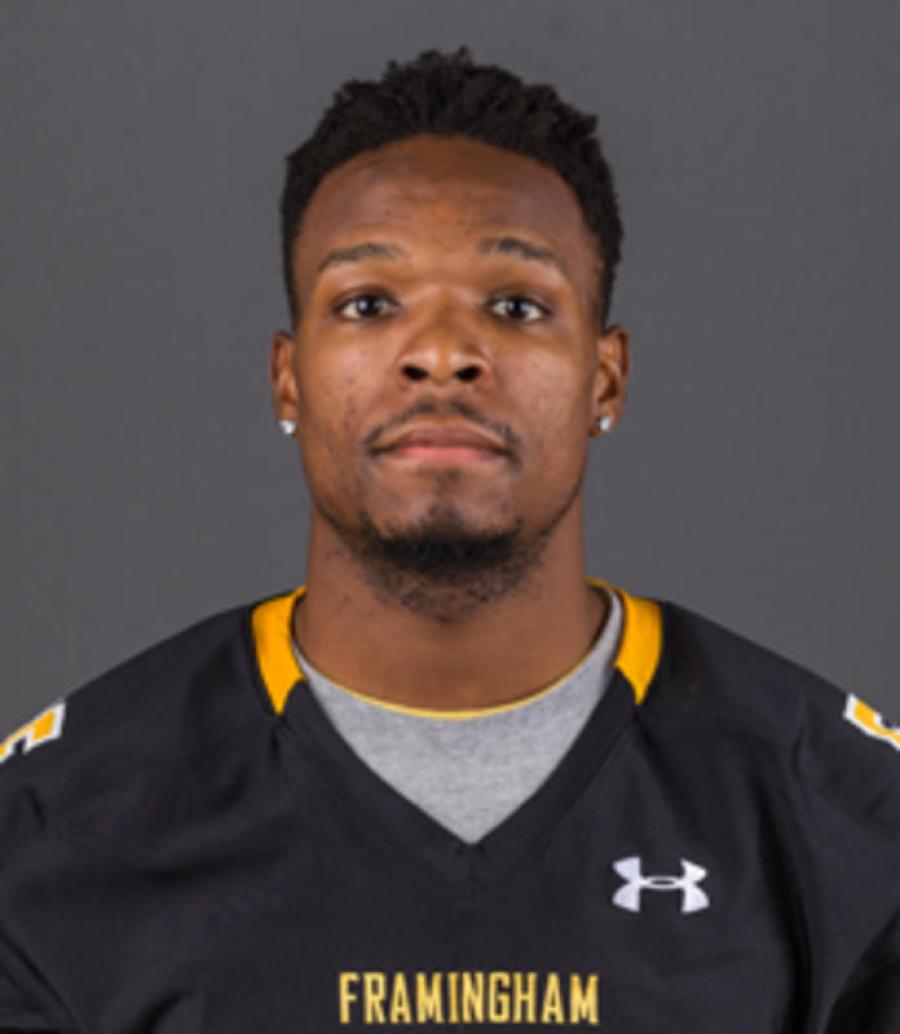 It's one thing to make five interceptions in a single college football game. It's quite another to play a varsity sport while working a 40-hour week for a construction company before heading off for night classes in pursuit of an accounting degree.

Perhaps the biggest challenge facing Harris, who is one of 11 children and works to help out his family, is finding enough time to eat and sleep.

"Trust me, it's tough," grinned the 22-year-old Harris, who earned a Gold Helmet Award from the New England College Football Writers for his record-tying performance Oct. 6 against Fitchburg State.

Harris, who learned about the construction job from roommate Max Joseph, goes through a back-breaking day. He reports to work at 7 a.m. and does everything from cleaning to breaking cement for Phoenix Construction Resources, Inc. of Winchester. When the shift ends at 3:30, Harris heads for practice at 4:50. On Monday, Tuesday and Thursday nights, Harris goes to class after practice.

"He hasn't been with us that long but he is a pleasant kid. The biggest thing in construction is attitude and he's a great kid. He's always on time. He willing to learn everything," said Joe Rekowski, the director of client services for Phoenix Construction. "I'm always kidding him that he has to get an interception for us. When he got five, he sent us the notice. I said, 'Dude,' I owe you lunch.' I'll see him tomorrow."

Harris, who attended the Cambridgeport Elementary and Baldwin Middle School in Cambridge, Mass., wound up at Quincy High School where he played on the same Presidents team that featured current Stonehill College backup quarterback James Lam.

Harris credits much of the success from the week of Oct. 2, against rival Fitchburg State, to his teammates.

"Mainly, it wasn't just me. There were the defensive linemen or the linebackers getting into passing lanes and tipping balls," said Harris, who claimed one of the interceptions was the result of film study. "I was on the right side. There was so much space. I always watch the quarterback's eyes. I love film. When I saw the play, I recognized it. I must have covered 30 yds. to get there."

The five interceptions tie an NCAA Division 3 mark shared by 11 players, with James Patrick of Stillman College the most recent in 2002. Harris has eight picks on the season, a program record.

"He's not only a great football player but a great person. He works to support his mom. He's a special kid," Kelley said.