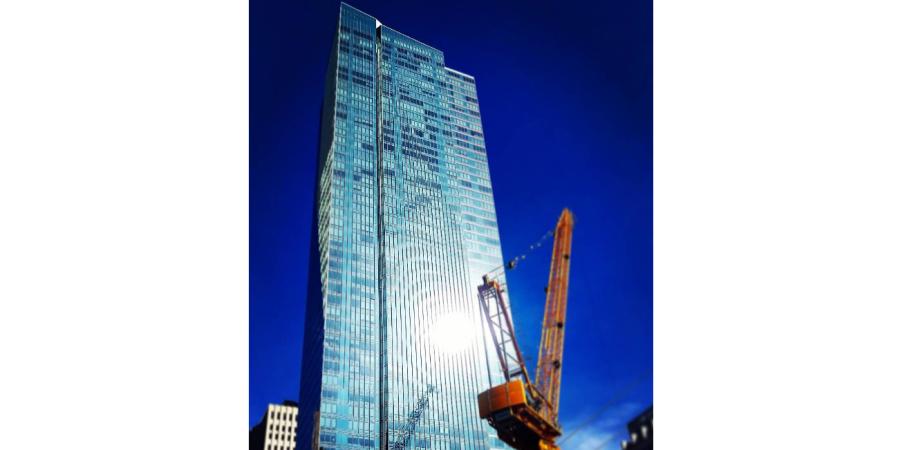 Image courtesy of Twitter. Millennium Tower located at 301 Mission Street, was built in 2008, and boasts condos ranging from $1.6 million to $10 million, the San Francisco Chronicle reports.

USA Today is reporting that a luxury high-rise building in downtown San Francisco is tilting and sinking, possibly paving the way for a costly legal battle.

The Millennium Tower located at 301 Mission Street, was built in 2008, and boasts condos ranging from $1.6 million to $10 million, the San Francisco Chronicle reports.

Since completion, the 58-story building has sunk 16 inches and tilted two inches to the northwest, according to an independent consultant, the Chronicle reports.

While it's normal for buildings to settle, the high-rise's builders predicted the tower would only settle six inches over the course of its lifetime, according to a statement from the Transbay Joint Powers Authority.

Residents and a spokesman for Millenium Partners, the group that built the towers, allege that the high-rise is sinking because the city dug a massive hole next door, which will be home to the new Transbay Transit Center, KGO-TV reported.

The Transbay Joint Powers Authority maintains that it "bears no responsibility for the tilt and excessive settlement,” according to a statement.

A consultant hired by the Transbay Joint Powers Authority found that by the time city construction crews broke ground in 2010, the Millenium Tower had already settled 10 inches, the Chronicle reported.

The transit authority alleges that the building's fate was sealed when its builders decided to support the structure on a foundation consisting "only of a concrete slab supported by short piles that fail to reach the bedrock below."

"That foundation is inadequate to prevent settlement of a building with the weight of the Tower," the transit authority said in a statement.

According to the statement, two similar buildings adjacent to the Transit Center site, are supported on piles drilled down to bedrock.