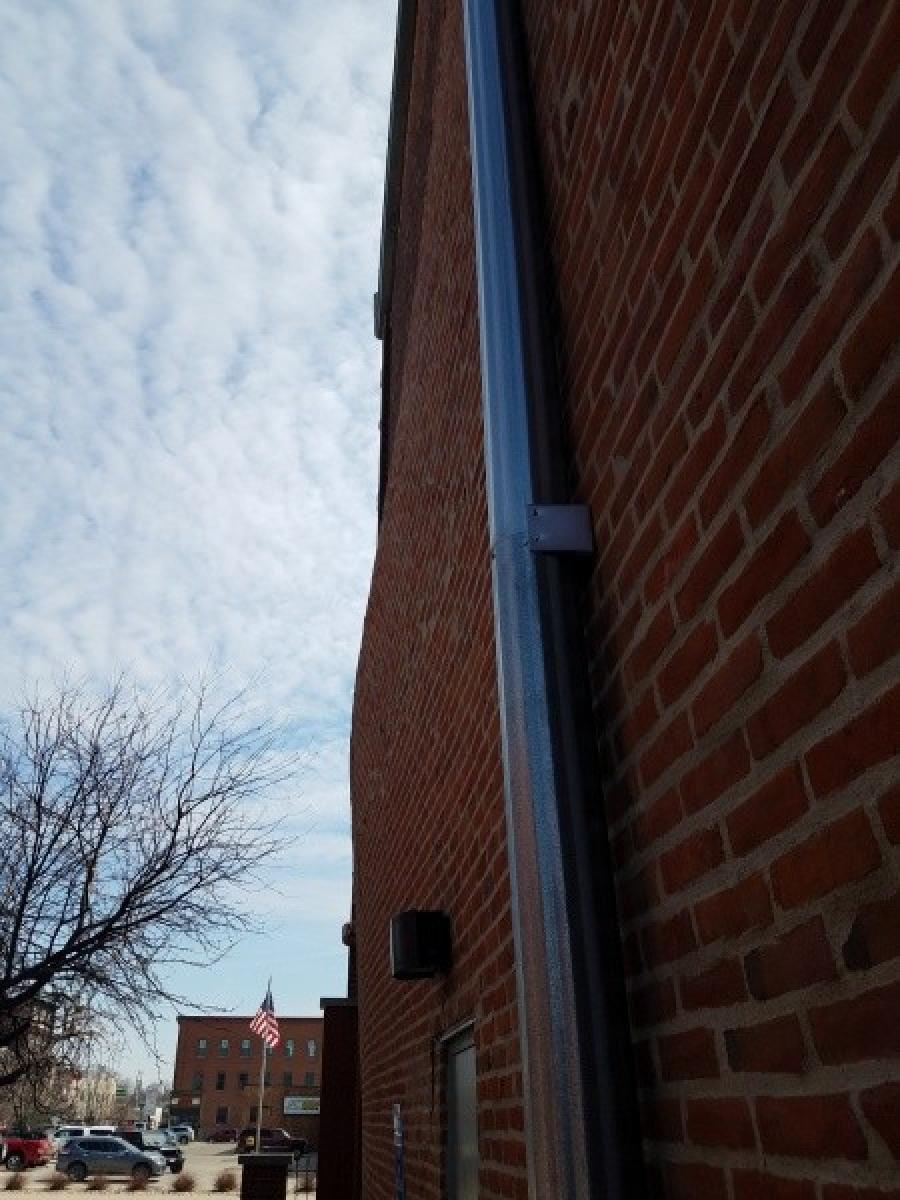 The north side wall of the Opera House that will require additional structural support. (thebestmix1055.com photo)

FREMONT, Neb. (AP) The Fremont Opera House has a long history in Fremont.

The five-story building on Broad Street, then known as Love Larson Opera House, held its grand opening show on Dec. 14, 1888. It was also the first building in Fremont to be named to the National Registry of Historic Places in 1975.

While the historic building has been a part of the Fremont community for more than a century, its future viability seemed to be in question as it was recently red-tagged for structural integrity by the city of Fremont due to outward bowing on the building's north wall.

“The brick is definitely blown out,” City Administrator Brian Newton said in phone interview with the Fremont Tribune. “Someone actually turned it in to us, and we went out and obviously saw the bowing and contacted the owner.”

“The red tag obviously is discouraging to us and a lot of people, but as it relates to the structural integrity of the building, the building is as structurally sound as you are probably going to find in Fremont,” he said. “The city is obviously concerned for people's safety, as are we, but we've had several experts come through including city inspectors that believe the integrity of the building is not compromised in anyway. Obviously that north wall is a danger, so the parking lot has been closed off and until we start to make some progress with that the red tag will remain there.”

Indeed, some bricks fell off recently, littering the parking lot.

According to City Administrator Brian Newton, the red tag declaring the building as unsafe to occupy was a precautionary measure.

Newton said the red tag can come down as soon as a structural engineer provides a written report assuring the city of the building's structural integrity.

“If [the engineer] signs off, then we are happy,” he said. “I told the owner we are not trying to shut them down, because it's a great asset to our community, but we just have to err on the side of caution and safety.”

Bristol said repair work is expected to begin soon and that he expects the venue will reopen shortly. The plan is to move ahead with Fauss Construction as the general contractor for the repair project.

Bristol also apologized to Care Corps, whose “Keys to Fremont” fundraising banquet on April 5 was moved to St. Patrick's Catholic Church due to the situation.

“The opera house will be around for a long time to come,” he said. “Contrary to some reports out there that the future of the building is uncertain, we are very excited and we are continuing to make plans moving forward. This is just a bump in the road for us and we apologize for any inconvenience.”