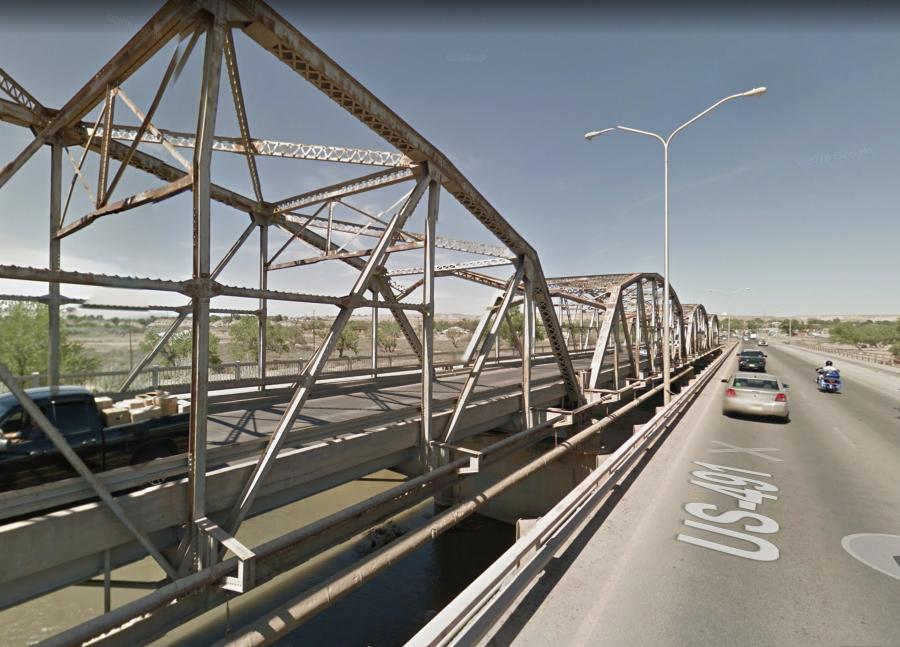 Built in 1936, the San Juan River Bridge has been labeled a historic highway bridge and is on the National Register of Historic Places, according to the National Park Service.

SHIPROCK, NM (AP) An historic bridge that spans the San Juan River in northwestern New Mexico is slated to be decommissioned now that it has been deemed structurally deficient.

The New Mexico Department of Transportation and the Federal Highway Administration held a meeting on Sept. 27 to update community members on the status of the U.S. 64 San Juan Bridge Crossing Project.

Eric Froberg, project manager for the engineering firm T.Y. Lin International Group, said the historic westbound bridge is scheduled to be decommissioned and possibly be used as a bridge for bicycle and pedestrian traffic, The Farmington Daily Times reported.

Built in 1936, the San Juan River Bridge has been labeled a historic highway bridge and is on the National Register of Historic Places, according to the National Park Service.

A steel-beam bridge was built in 1975 south of the historical bridge to handle eastbound traffic. The average lifespan of a bridge is about 75 years, Froberg said.

About 14,000 vehicles cross the bridges each day, he said.

The project is still in the early phases of design, and holding the meeting was a way to get public input on the proposals. “We're making sure what we put in fits in the community,” Froberg said during the meeting.

Two of the proposed designs call for constructing a new four-lane bridge to the north or south of the historic bridge. Those bridges would handle eastbound and westbound traffic.

Another option calls for expanding the existing south bridge from two lanes to four lanes of traffic to handle traffic running both ways.

One woman said she was concerned about the proposed roundabout option for the intersections. She believes the amount and type of vehicle traffic would make it unsafe.

Froberg said he believes construction could start in spring 2021 at the earliest, but added that date could change.

The construction cost for a new bridge could start between $15 million and $20 million, and may increase, he said. The cost of the project could vary greatly, depending on the alignment of the bridge, the type of bridge that is built and the type of intersection improvements that are selected, Froberg said.