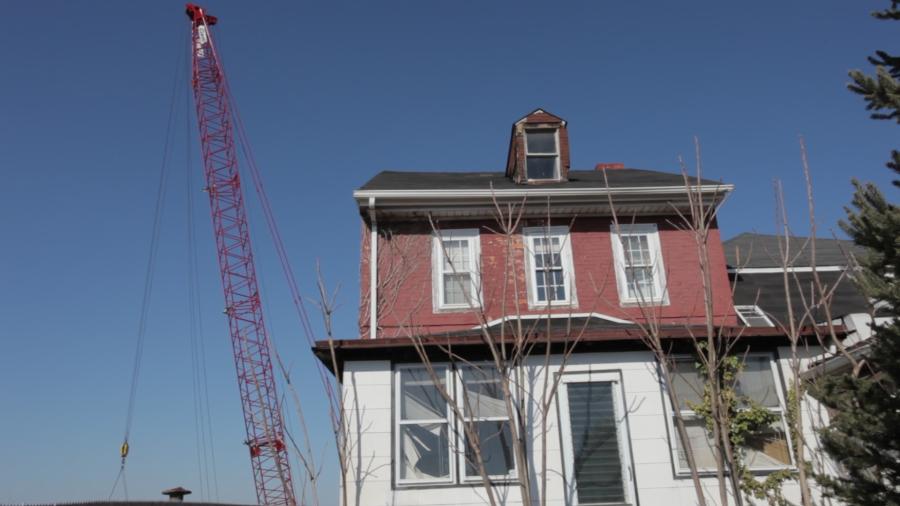 A crew hired by Hugg-Harrison's latest owner, the N.J. Department of Transportation, rapidly reduced it to rubble — ostensibly because the structure had no historic significance and was in the way of the massive I-295/Route 42 realignment project.

The fix was in, the die was cast, the deck was stacked — and a priceless piece of American history that survived the Revolutionary War never stood a chance against a highway construction project.

That's the contention of a lawsuit filed in U.S. District Court Wednesday by the Camden County Historical Society, seeking some sort of justice for the Hugg-Harrison-Glover house in Bellmawr, N.J.

The former farmhouse turned cemetery office building had stood on a bluff in Bellmawr since the mid-18th century until just before dawn on March 3.

That's when a crew hired by Hugg-Harrison's latest owner, the N.J. Department of Transportation, rapidly reduced it to rubble — ostensibly because the structure had no historic significance and was in the way of the massive I-295/Route 42 realignment project.

"The lawsuit alleges that the NJDOT [demolished] the house just one day after the Historical Society filed an emergency application with the NJ Superior Court to save it," Chris Perks, board president of the Society, said in a statement released Wednesday.

Perks and other officials are scheduled to hold a press conference Thursday morning at the Society's headquarters in Camden.

Describing the house as a "national, regional and local historic treasure," the lawsuit alleges that the state violated the federal Historic Preservation Act of 1966 by ignoring, concealing or manipulating information about the structure's significance, which had been documented beginning in 1937.

This was done, the suit alleges, to reach a "predetermined" conclusion that the house was ineligible for inclusion on the National Register of Historic Places. Inclusion would not necessarily have prevented demolition but would have added requirements that a more substantial case be made before it could be razed.

A "replica house, a Revolutionary War museum or monument" could be among the "mitigation measures" sought, Perks said.

The DOT "does not comment on pending litigation," Stephen Schapiro, the department's communications director, said July 20.