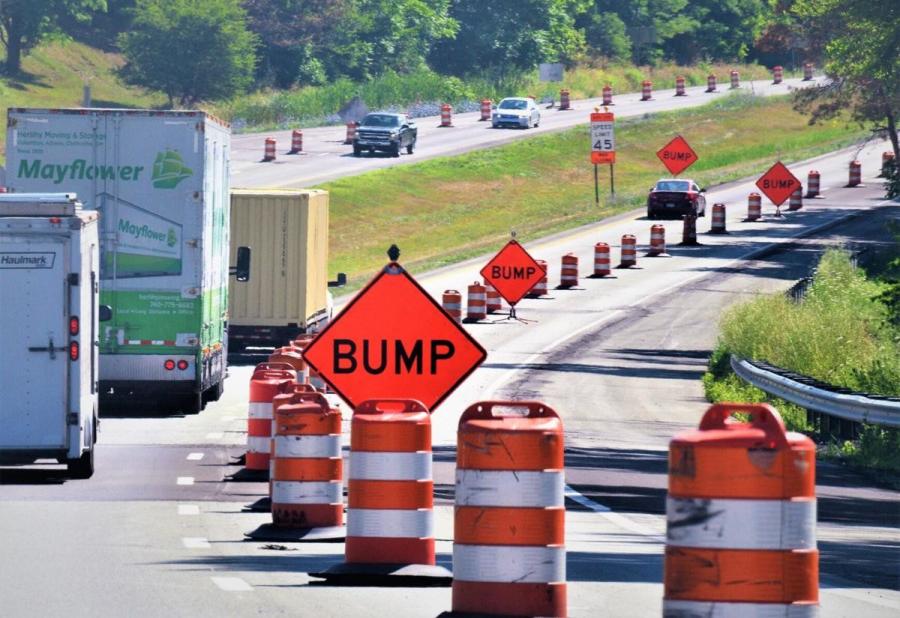 Motorists traveling on Interstate 70 past the West Virginia Welcome Center can expect to see construction crews making repairs and repaving that section of highway near the Pennsylvania state line after longwall mining moved beyond that location.

The interstate improvements are east of Wheeling in West Virginia's northern panhandle.

In addition to upcoming road repairs, it is likely the welcome center building will remain closed until the next panel of longwall mining passes by that location early next year, said West Virginia Division of Highways (DOH) Area Engineer Mike Witherow. Still, he added, the DOH is looking at options for temporarily reopening the center soon.

"Right now, we are in a holding pattern because there is a chance the welcome center could experience effects from the next longwall panel," Witherow explained. "We'll have another panel [move through], probably in January or February."

This past April, The Hughes Corporation, of Sycamore, Pa.,, began mitigation work on the welcome center to minimize structural damage to the building as a result of possible ground subsidence. The problem arose from mining being performed hundreds of feet beneath the site by the Tunnel Ridge Coal Co., which hired Hughes to perform the mitigation work, including dividing the building into three sections.

Then, in late May, the current longwall panel encroached beneath the embankment on the eastbound side of the highway before moving beneath the welcome center in June. Witherow said July 21 the DOH hopes to finalize plans for making repairs to that section of highway and begin work within a week or two.

"We ran a mobile LiDAR [survey technology] on the roadway in order to redesign the roadway profile to meet the 70-mile-per-hour speed limit," he explained.

According to Witherow, the DOH expects to make some "asphalt lifts" due to ground subsidence in areas of the relief joints.

"That's where we see a lot of movement. We do milling to keep it safe and do a little bit deeper base repair at those locations," he said. "We should be out there real soon doing the paving work."

After the repairs and paving, Witherow is hopeful that traffic will be able to return to two lanes in both directions in several weeks.

Until then, the Ohio County Sheriff's Department continues to monitor traffic in the area.

Motorists encountered weeks of delays on the interstate on the eastern edge of Ohio County on two separate occasions in 2019 as a result of the longwall mining operations. Witherow said the coal company is scheduled to make several more passes beneath the highway in that general area over the next few years.

"There are a few more [coal] panels to come and it will be going on for the next couple of years," he said.