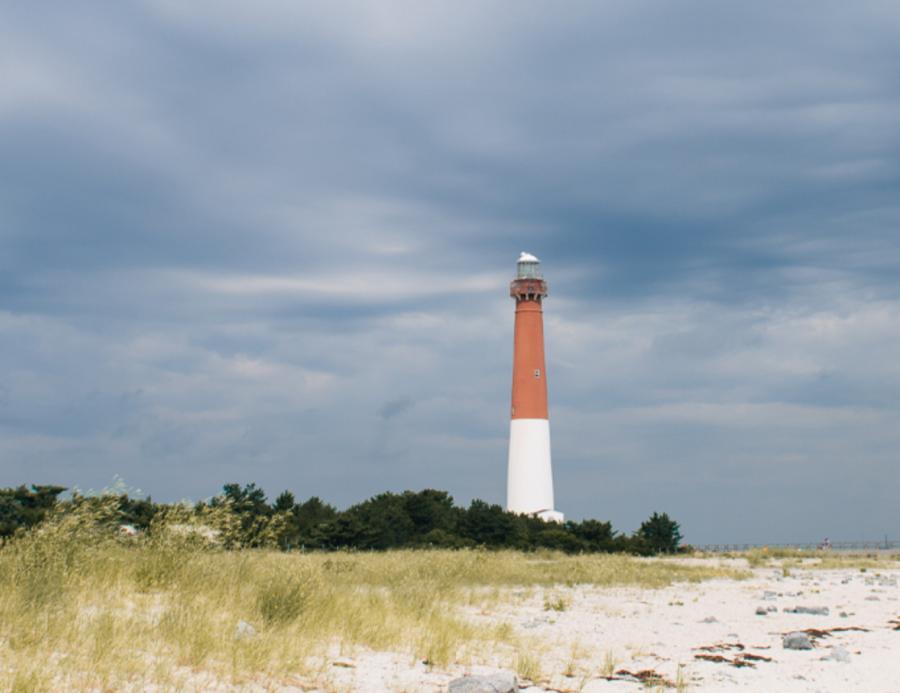 The Barnegat Lighthouse first began operating on Jan. 1, 1859, more than two years before the start of the Civil War, after being built at a cost of $69,000. It stands 169 ft. tall, making it the second tallest lighthouse in New Jersey.

New Jersey's famous Barnegat Lighthouse, nicknamed "Old Barney," closed to visitors on March 14 for a $1.3 million restoration of the 163-year-old structure on the northern tip of Long Beach Island in Ocean County.

Shawn M. LaTourette, commissioner of the New Jersey Department of Environmental Protection (NJDEP), said in a March 11 statement that the iconic lighthouse will reopen in October following construction work involving a complete exterior restoration of the building, masonry recoating and repairs to the brick facade, interior lantern steel platform repairs, roof fixes and the installation of new windows.

To support construction crews, scaffolding will be erected over the entire height of the lighthouse.

According to LaTourette's office, construction and renovation of the lighthouse has been contracted to South Amboy, N.J.'s Spartan Construction General Contracting Inc. The restoration project is funded by the state's Corporate Business Tax, the NJDEP noted in its statement.

To round out the restoration work, the Friends of Barnegat Lighthouse will donate a new beacon light for the lighthouse as well as new security fencing.

Barnegat Lighthouse State Park, though, will remain open while the structural renovation is being done.

"While the lighthouse will be closed to visitors, [the park] will continue to be open for fishing, hiking, birding and picnicking," added John Cecil, assistant commissioner of New Jersey's State Parks, Forests & Historic Sites. "The park office, interpretive center, fisherman's walkway and trails also will remain open for guests to enjoy."

Lighthouse Has Worked Since Before the Civil War

The Barnegat Lighthouse first began operating on Jan. 1, 1859, more than two years before the start of the Civil War, after being built at a cost of $69,000. It stands 169 ft. tall, making it the second tallest lighthouse in New Jersey.

It replaced an older lighthouse that was built at the same location in 1834. That structure was just 40 ft. tall and, ironically, was destroyed and washed out to sea during a storm while construction was taking place on the lighthouse that stands today.

This will not be the only time the Barnegat Lighthouse has been closed to the public. In 1988, after a piece of metal fell off the lighthouse, area residents raised $660,000 in grants to perform the first major renovation at the site.

"The Barnegat Lighthouse has stood as an important beacon to sailors, ships and Jersey shore visitors," LaTourette explained. "This critical restorative work will ensure that the historic lighthouse remains a bright and welcoming landmark for future generations."

After being decommissioned in 1927, the lighthouse sat dark until 2009 when the Friends of Barnegat Lighthouse donated the current light. The beacon was activated on Jan. 1, 2009 — exactly 150 years after the structure's original lighting in 1859.

Construction on the building started in 1856, at a location on Long Beach Island regarded as one of the most crucial "change of course" points for coastal vessels. Ships bound to and from New York moving near the New Jersey coastline depended on the Barnegat Lighthouse to avoid the shoals extending from the shoreline. The swift currents, shifting sandbars and the underwater shoals challenged the skills of even the most experienced sailor, according to NJDEP.

Over the years the Barnegat Lighthouse has become one of the signature destinations along the Jersey Shore and is listed on the National Register of Historic Places.