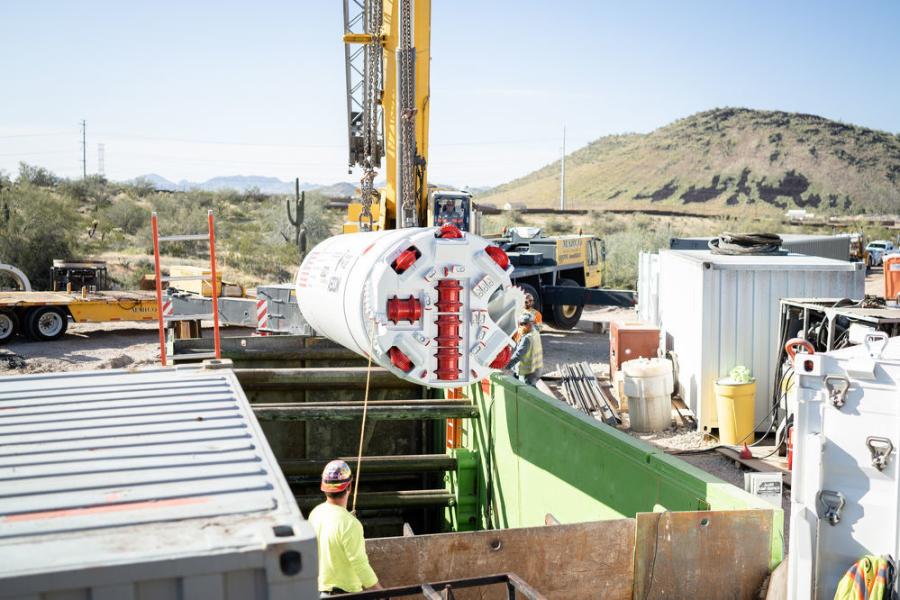 Owning the specialized equipment necessary for this type of tunneling enables Midwest Mole to meet its clients’ deadlines and budgets.

For nearly 40 years, Midwest Mole Inc. has forged a reputation as a premiere specialty underground contractor providing boring, tunneling and directional drilling throughout the Midwest, more recently expanding its territory to the east coast, as well as to other cities throughout the country as opportunities develop. Based in Greenfield, Ind., the family-owned business is considered a trenchless technology expert, tunneling under highways, railroads, buildings and airports on municipal and private sector projects, operating as either prime contractor or subcontractor. The majority of its work involves utilities or sewer, stormwater and water pipes.

Always at the forefront of cutting-edge technology, Midwest Mole is making changes — in ownership, in branding and in messaging. As the company prepares for transfer from second-generation family leadership to Employee Stock Ownership, management assures its employees and clients alike that this new iteration of its established and time-tested operations will incorporate their capabilities and expertise in order to carry on for decades to come.

Len Liotti acquired more than a decade of experience in the boring and tunneling industry by working for two companies. Trading his suit and tie in the sales department for a hardhat as foreman and then superintendent, he learned all aspects of the job. When his employer relocated from Indiana to St. Louis in 1982, Liotti stayed in the Hoosier state to launch his own tunneling business with a partner. 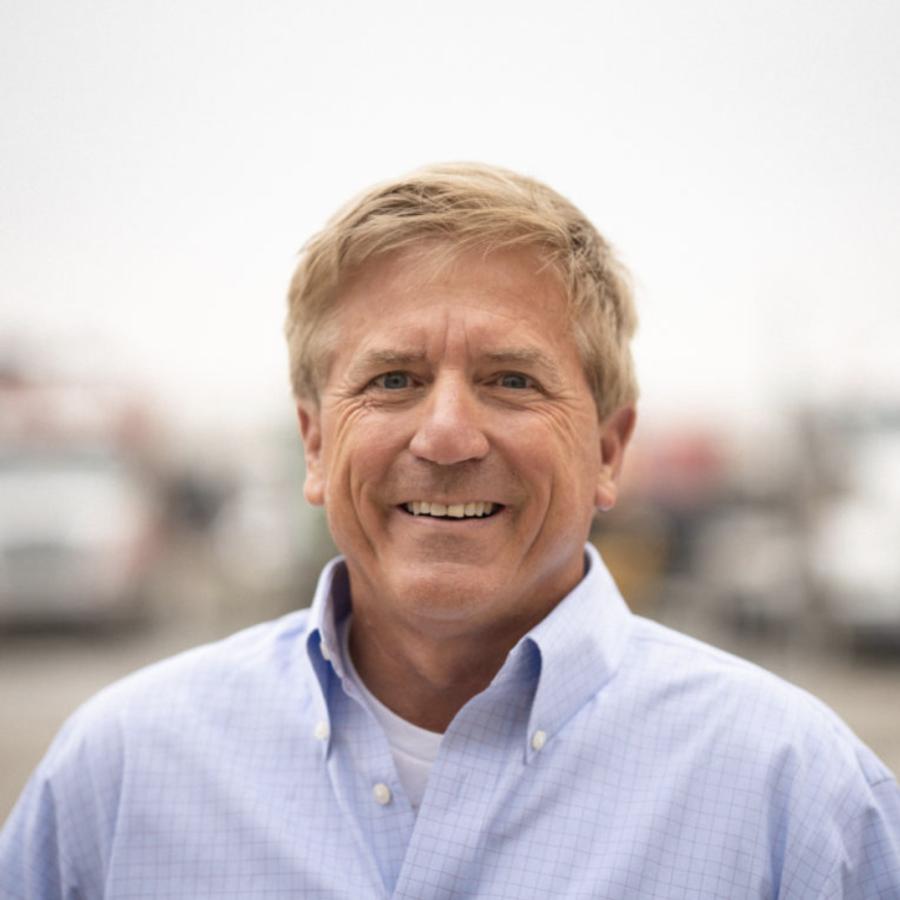 Trenchless tunneling was a relatively new technology when he started the company, but he saw its potential and perceived a need for this innovative work. The company was small at first, consisting of about 15 employees, including two to three field crews. Liotti's wife, Jane, managed the office. Initially, they took on smaller tunneling projects within a short radius of their base.

In 1985, Dan Liotti, Len and Jane's son, joined the company after graduating from Purdue University with a degree in Civil Engineering.

"I worked full time in the office, helping with accounting," he said. "I learned estimating and helped in the shop."

As Dan learned the business and climbed the ranks, the company grew. Dan and his father built and nurtured relationships in the industry, gleaning opportunities as their reputation for successfully completing challenging projects developed. By 1990, they needed a bigger headquarters.

Father to Son: A Legacy

Len retired around 2004, shortly after Dan, now chief executive officer, purchased the company. As the times and technology changed, Dan made adjustments within Midwest Mole to accommodate them, but some things have remained.

"I kept Dad's hard work ethic," Liotti said, adding that he worked almost every Saturday the first 25 years he was with the company.

But, in keeping with one of the company values to work smarter, Liotti introduced more technology. Gone were the days when his mother typed up proposals on carbon paper or bids were written in pen on two pages of legal paper. 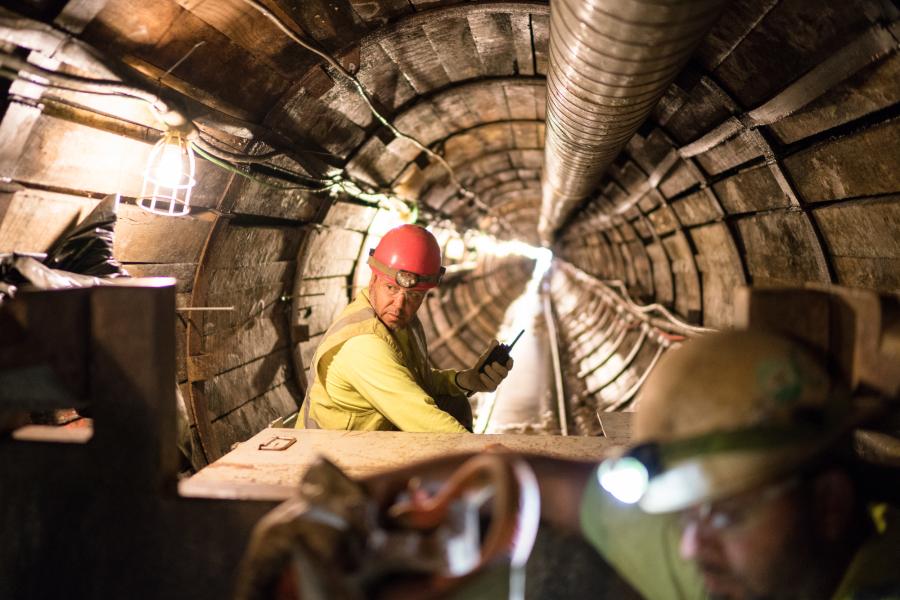 "Dan pushed technology — in equipment and techniques," said Jason Miller, president. "The ability to make new technology work is what made us successful."

That, he said, and a willingness to take chances.

Not only is trenchless installation more cost-effective than other methods, it's also less disruptive, which makes it a preferred option for certain applications, such as tunneling under railroad tracks. Midwest Mole performs installations that range from 2 in. in diameter for small conduits up to 10 ft. in diameter for storm water and sewer lines.

Among its well-known clients is CSX Transportation, a Class 1 freight railroad operator. Due to the experience of Midwest Mole's crews, as well as its fleet of trucks and specialized equipment, the company is able to respond quickly to emergency calls from CSX.

Liotti has always believed that the key to growth lies in hiring good people and trusting them to take responsibility.

"Our growth is due to great employees and good friends in the industry," he said.

One of those people is Jason Miller, whose father David, worked as a foreman of Midwest Mole. Miller joined the company in 1995 and quickly demonstrated dedication and what Dan refers to as "an ownership mentality."

"I wanted to know the future plan," Miller said. 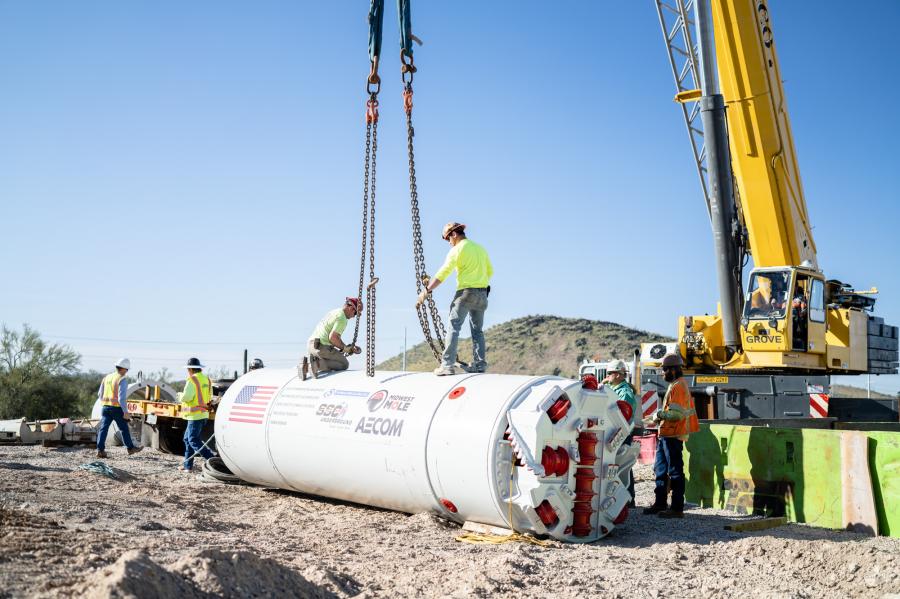 Every month, he learned more about the business, and in 2006 Miller bought 10-percent ownership and in 2013, another 10 percent. After 35 years in the business, Liotti felt it was the right time to retire. Various options for transition of the business were considered. Selling the company to an ESOP (Employee Stock Ownership Plan) was the perfect fit.

An ESOP is a kind of employee benefit plan, similar to a profit-sharing plan. Liotti praises the retention benefits of the arrangement because the employees are invested. It also allows for certain tax advantages and growth potential. In addition, it's relatively seamless, allowing the existing management team to stay in place.

A seamless transition for clients and vendors was important to both Liotti and Miller, who wants to retain the company's family values where everyone is important and integrity is crucial.

"We'll have the same goals," Miller said. "Work safely every day, do things right and give people a great place to work."

There are some changes in store.

"The timing was incredible," Miller said. "It gave us an opportunity to clean up the brand, update the mission statement and goals and to tell our story."

Part of the new branding includes an updated logo. Liotti pointed out that his wife, Laura, hand-drew the first logo sometime in 1987 or '88 and that the logo was first digitized in 2009. The new branding will reflect Midwest Mole's intention to grow geographically and develop joint-ventures for larger projects.

But some things will never change. As "America's diggers" evolve, Midwest Mole will preserve its core values that emphasize relationships with employees, equipment manufacturers, competitors and partners, as well as quality work in the uniquely challenging industry of tunneling, where it will continue to build on decades of experience. If anything, expect even more dedication, because the employee-owners all love what they do: taking on the tough jobs and getting their hands dirty to improve lives from under the ground up. CEG