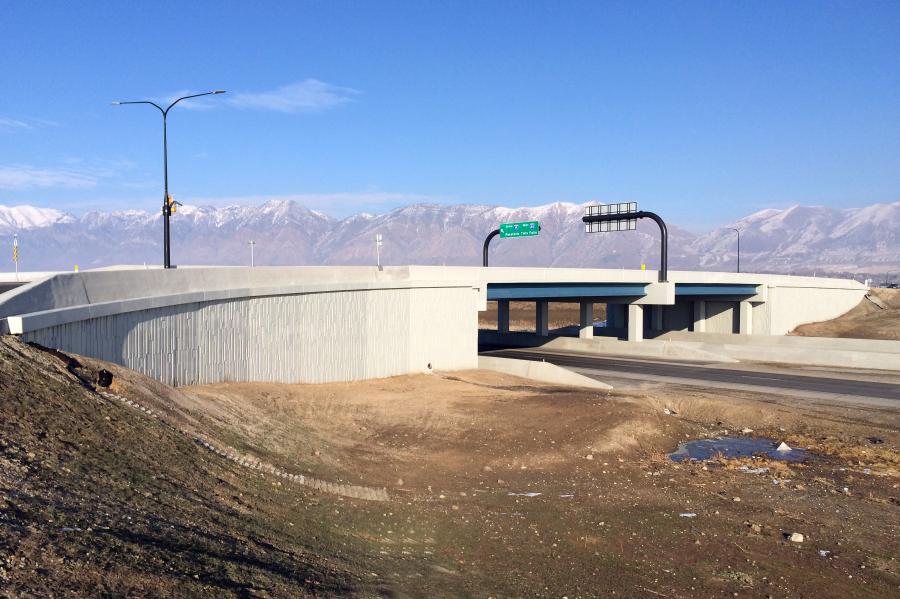 The complexities of the built environment are many and ever changing, continually challenging the limits of civil engineering and construction. For even the most experienced professionals involved in designing, building and maintaining roads, bridges and highways there is always something new on the horizon. For Betty Purdie of Ralph L. Wadsworth Construction, it is the combination of facing new challenges and improving public infrastructure that makes the work so fulfilling.

“In a 30-plus year career, I've seen a lot of dynamic innovations in the way engineering challenges are resolved,” said Purdie, a licensed civil engineer, who worked for the Utah Department of Transportation (UDOT) for more than 25 years before joining Ralph L. Wadsworth in 2010. Today, as a project manager of one of Utah's largest builders of heavy highway and mass transit projects, Purdie leads a team effort to tackle challenges by using new materials and methods to solve old problems. This was the case on a recent highway overpass project her team completed on the edge of Brigham City, Utah, about an hour north of Salt Lake City.

“The biggest issue on the Brigham City Bridge project was the natural geological conditions surrounding the site,” said Purdie.

The scope of work was to widen an existing highway overpass and improve the associated interchanges where I-15 and U.S. 91 intersect to relieve traffic congestion. Offering only a single lane in each direction, traffic was frequently backing up and the interchange was identified as a place where UDOT was not keeping Utah moving. In response, the design team began investigating adding a sister bridge adjacent to the first as a means of increasing the roadway capacity; however, early analysis indicated that might cause more harm than good.

“Initially during design the plan was to put two additional lanes on a second structure adjacent to the first,” said Jeff Gilbert, a geotechnical engineer with Terracon, a national consulting firm with more than 130 offices nationwide.

“However, calculations on both settlement and global stability indicated that the weight of a traditional embankment built with soil for the second bridge would adversely impact the original bridge and we had to look for other options.” Other options included trying to improve the embankments' foundation soil slope stability using driven piles or other intensive methods. Lead engineering firm, Michael Baker International, suggested using EPS geofoam as an embankment fill to reduce load settlement and decrease the driving force in the stability calculations.

Lightweight and versatile, Foam-Control geofoam is made from expanded polystyrene, a strong closed-cell material known for incredible compressive strength that is being used on infrastructure projects around the world.

“Using the geofoam blocks to support the bridge embankments was certainly a first for me,” said Purdie, despite a very-long tenure of tackling similar situations all over Utah. “When we were awarded the contract, I was excited to be working with a new material. Discovering geofoam manufactured by ACH Foam Technologies right here in Utah opens up a lot of new possibilities in the future.”

Developing the exact configuration of the blocks to maximize strength while minimizing waste on a large, complex project like the Brigham City Bridge, benefits from careful scrutiny. Purdie worked with EPS Geofoam design and testing expert Marvin Cook of Oracle Construction in Utah to review the specification and determine how to configure the blocks to best support the weight of the roadway and live traffic loads while also being mindful of the budget.

“With the EPS geofoam, this really became a bit like a design-build project,” said Purdie.

ACH Foam did some upfront testing on the material, which Oracle validated while fine-tuning the block placement patterns. Though the cost of an EPS geofoam fill is certainly more than a traditional soil-filled embankment, the biggest savings must be measured in time and convenience.

“When using soil as an embankment material primary settlement could take six months or more,” said Gilbert. “Furthermore, calculations showed the possibility of 1 ½ to 2 inches of long-term settlement over a period of 10 years or more, which was deemed excessive.”

With the design established and the settlement and stability issues resolved, the geofoam portion of the project moved into construction. Working with a combination of two different grades (EPS 22 and EPS 29) Purdie and the ACH Foam Technologies' team calculated the precise material requirements and delivery schedule to ensure product was available well-ahead of installation.

“ACH Foam was great with the logistics,” said Purdie, who recommends that others using large volumes of geofoam for civil infrastructure consider both production time and travel time to the site for material ordering. The Foam-Control geofoam blocks used on infrastructure projects can be quite large and there was limited storage space along I-15. Purdie also noted that despite their size, the blocks are very lightweight and have the potential to be blown by strong winds, which is not a safe condition next to a highway. ACH Foam Technologies organized a just-in-time delivery, supplying several truckloads of geofoam a day to get the required material to the site as it was needed without excess.

As the geofoam arrived, Purdie's team built the embankments using manual labor and no specialized or heavy equipment over a period of just a few weeks. Though ACH Foam Technologies pre-cut most of the blocks prior to delivery, the complex nature of the diverging diamond interchange on the west end of the project required some block customization, which was done with a hand-held hot wire cutter. Once the embankments were built, they were covered with a reinforced concrete slab and finally the roadway above.

“Working with ACH Foam's geofoam we were able to complete two phases of bridge construction over I-15 without ever having to shut the Interstate down,” Purdie said.

Though traffic did have to be diverted around the construction site, the project kept people moving, which was a primary goal.

“The most rewarding part of any project is when the work is done. Our superintendent was standing along the bridge during the final stages of construction and a lady pulled up to thank him for the great new overpass and cool diverging diamond interchange. She said it was so much easier and faster than before and like most people using that bridge today, I'm sure she had no idea she was driving on geofoam.”