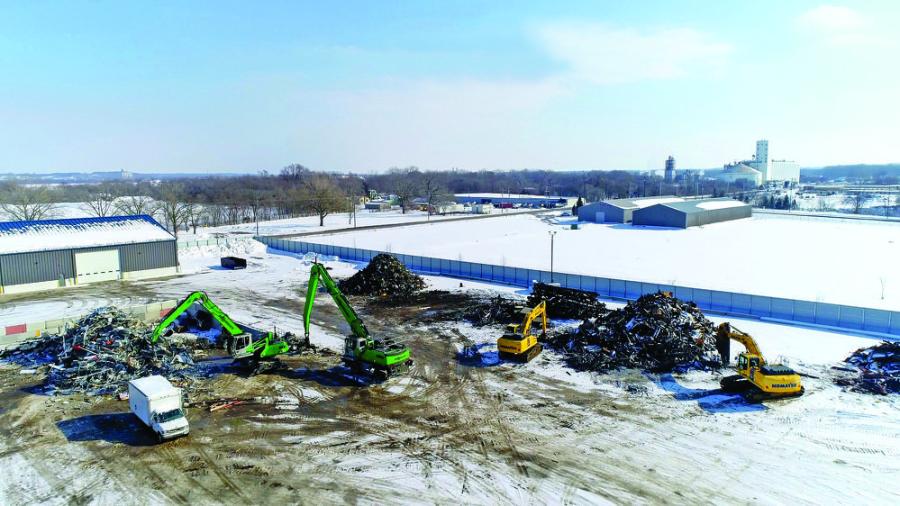 "When my grandfather, Myer Silverstein, started the business in 1948, they did a bunch of everything," said David Silverstein, owner of SPI. "They handled furs and car parts — we had three auto parts stores. Scrap metal was always a part of it. Fortunately, they got away from the other stuff and focused on scrap metal recycling."

Four generations and 73 years later, that decision seems to be the correct one. The company expanded from its birthplace in Webster City, Iowa, to open a new location in Des Moines in 1985, when Myer and his son, Ben, purchased a scrap yard. Silverstein came on board in 1990 after graduating from West Virginia University. Silverstein's niece, Jessica Robbins, executive vice president of SPI, joined the operation when she moved to Iowa from Maryland in 2013.

"I grew up in this company, working summers," recalled Silverstein.

"It's cool to see something your family has built over time continue to thrive," Robbins said.

Today, SPI has 19 employees with three locations in Iowa — two in Des Moines and one in Webster City. The company focuses on ferrous and non-ferrous scrap metal. The second Des Moines location specializes in demanufacturing appliances.

Success and longevity require growth to survive, and SPI has achieved both since Silverstein took over the company in 2009, after his father's retirement. 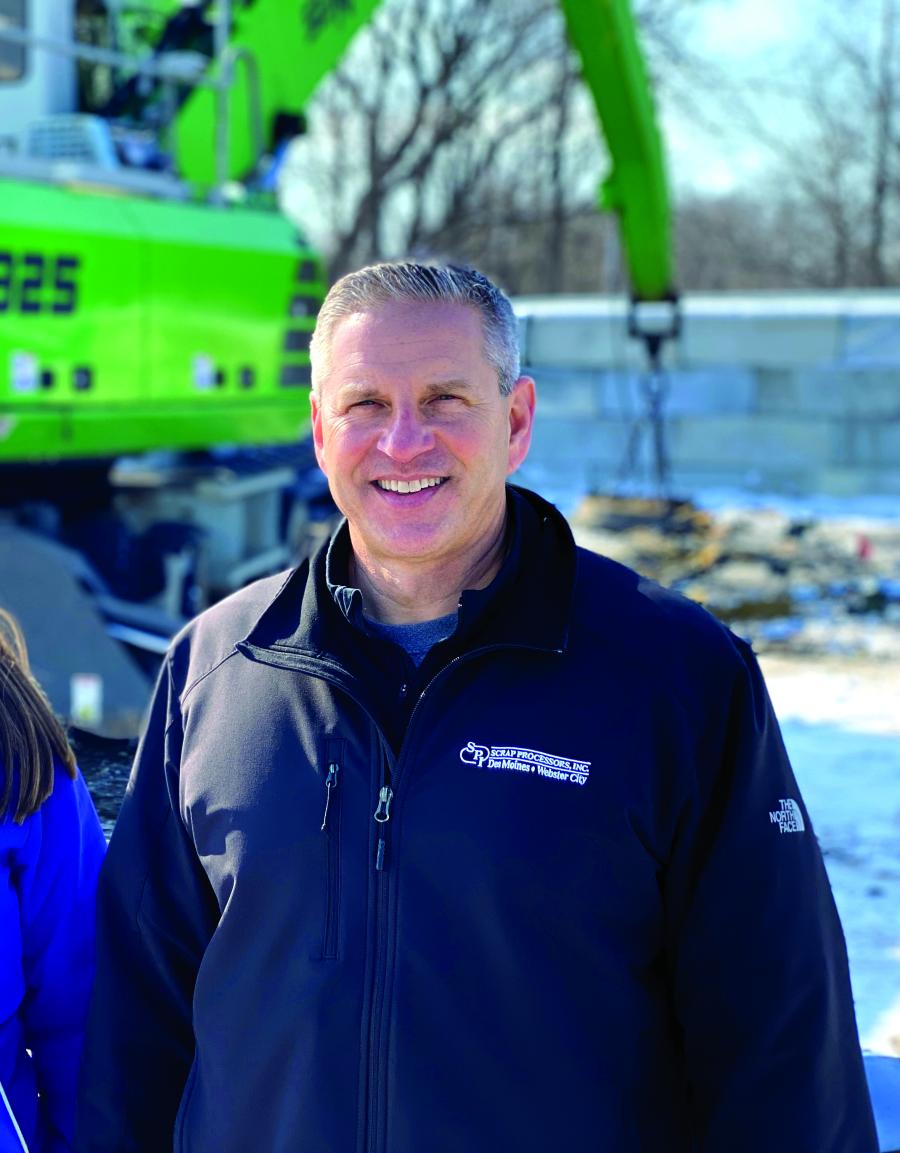 "When I took over for my dad, I knew there was opportunity for growth," said Silverstein. "He was a little stuck in his ways, but he was successful. Still, I thought I could make some changes to help the company continue to grow and expand."

Those changes included upgrading equipment and moving one of its Des Moines facilities to a larger location. While those decisions have driven growth, it's what didn't change that has kept the company successful.

"We are a family business and having that family feel is important to our success," said Silverstein. "We have employees who have been here longer than me. So, even though we've grown, we still treat everyone like they are family. You have to treat your employees right, and it's more than pay. I think companies can forget that sometimes."

That approach extends to SPI's customers as well.

"One thing my great-grandfather, Myer, was adamant about was customer service," said Robbins. "He wanted to treat each customer like family. I think the way we work with customers is what sets us apart from the competition. We really want to build relationships, and because of that, we have people who have been coming to us since before I was born."

In June of 2020, SPI moved into a new 10-acre location in Des Moines, Iowa. The new facility provided a significant upgrade in space over its existing 2-acre Des Moines site. While Silverstein has plenty of ideas for how to utilize the location, he said implementing them will be a slow process.

"It's kind of like when you move into a new house; it takes you some time to realize which room is for what and where things should go," he said. "Some ideas we had have already changed, so we're slowly settling into this place." 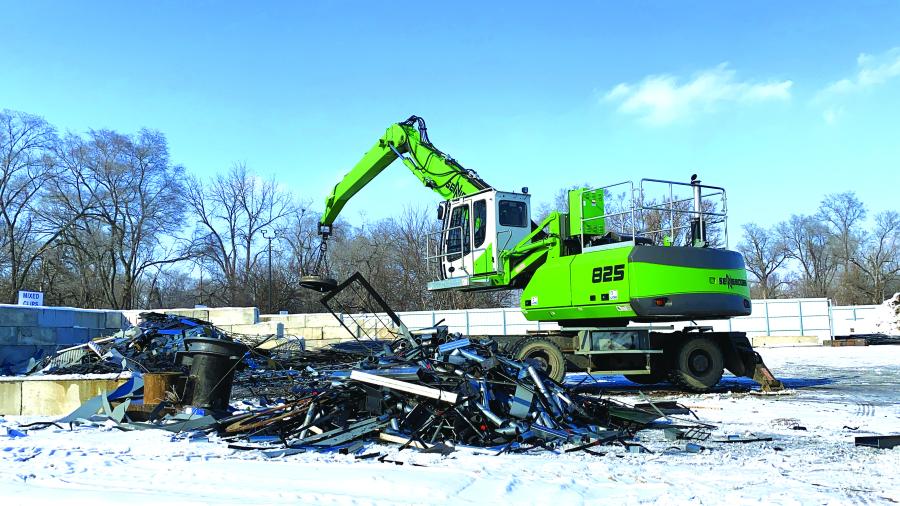 One of the immediate changes the new facility brought was a makeover of SPI's equipment fleet.

"We have a hard surface, so we needed machines that were suited for that — excavator tracks are not great for concrete," said Silverstein. "When we started the process of building this new facility, we knew we were going to need different equipment, so we started looking around. Jessica and I went to multiple scrap conventions, and we were able to meet with SENNEBOGEN and get a good feel of their machines."

Even though the new facility was not yet open, SPI purchased a SENNEBOGEN material handler and put it into action at its existing site.

"It was a completely different type of surface — old dirt and mud — which the machine isn't really designed for, but we knew we would be moving," said Silverstein. "The crews ran it and liked it. However, as we got more used to it, we knew we were going to need something bigger at the new facility, so we purchased an 835E and had it delivered to the new site. Using the 825 made our decision much easier on going with an 835E," he added.

While the size and rubber tires are an ideal fit for the new facility, the SENNEBOGEN material handlers also provide several other benefits for SPI.

"We can get from one side of the facility to the other much quicker with the wheeled material handlers, which is important in a larger facility," explained Silverstein. "We also have more reach with the material handler as well. We have grapple and magnet attachments that allow us to load and unload trucks a lot faster. We can sort loads as they come in." 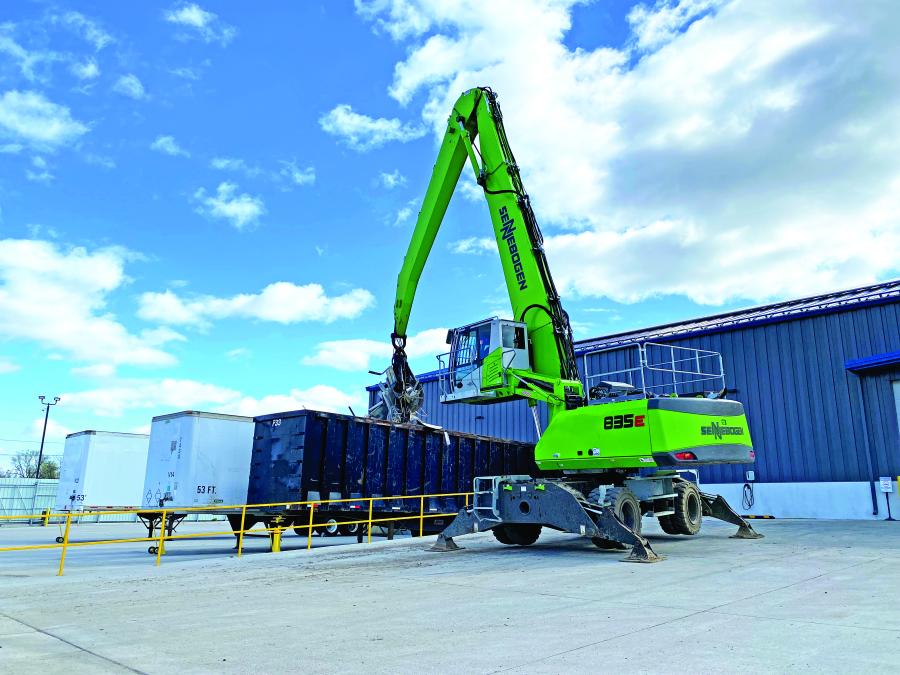 The SENNEBOGEN's raised cabs also are beneficial features. Operators can raise the cab to gain a better vantage point and the cab tilts as it raises to provide better visibility.

"We've tried to put aftermarket cabs on excavators in the past, but they aren't the same," said Silverstein. "In the SENNEBOGENs, the operator can look down into a load and pick his spots and load or unload without wasting time or damaging trailers. When you're loading 15-20 trucks a day, that helps operators get it done quicker, which increases our efficiency."

Overall, the SENNEBOGENs have proven themselves.

Fortunately for Silverstein, when he added SENNEBOGEN material handlers to the fleet, he didn't also have to add a new equipment distributor. He was able to turn to Bob Newman, longtime territory manager of Road Machinery & Supplies Co. 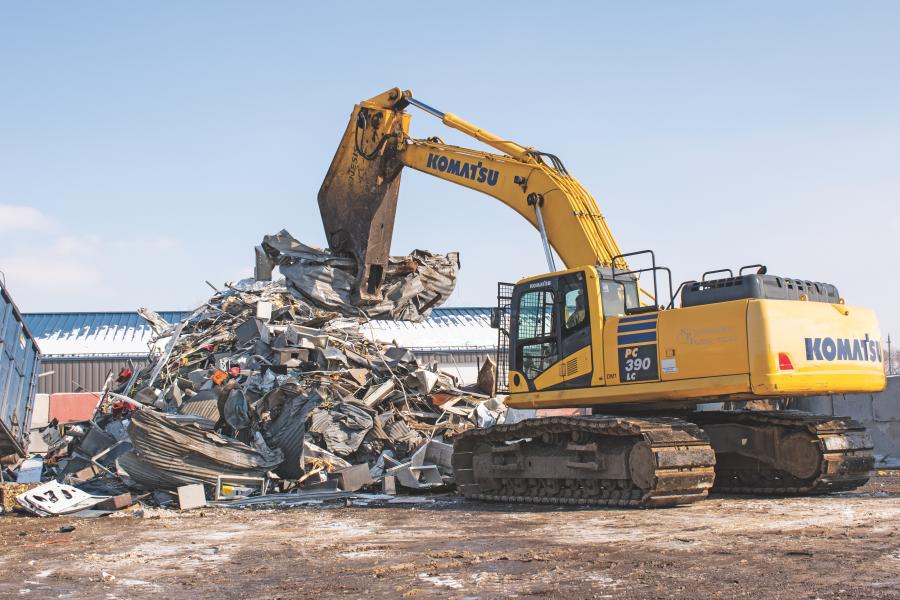 While the material handlers have added a new dimension to SPI's yard, Komatsu still has a presence.

"We just purchased a PC210LC excavator and put rubber tracks on it so we can move it safely around the new yard," said Silverstein. "We still need excavators to run the shear attachment and to operate at our facilities with dirt yards, so Komatsu excavators are still present."

SPI uses a Komatsu PC390LC excavator with a Genesis GXT mobile shear attachment to manage material piles. Both were purchased from and serviced by RMS.

"We trust Bob," said Silverstein. "He has been great for us, and we really appreciate all he does. That's the biggest reason we continue to go with RMS."

This article is courtesy of Road Machinery & Supplies Co. from its May Road Signs magazine.