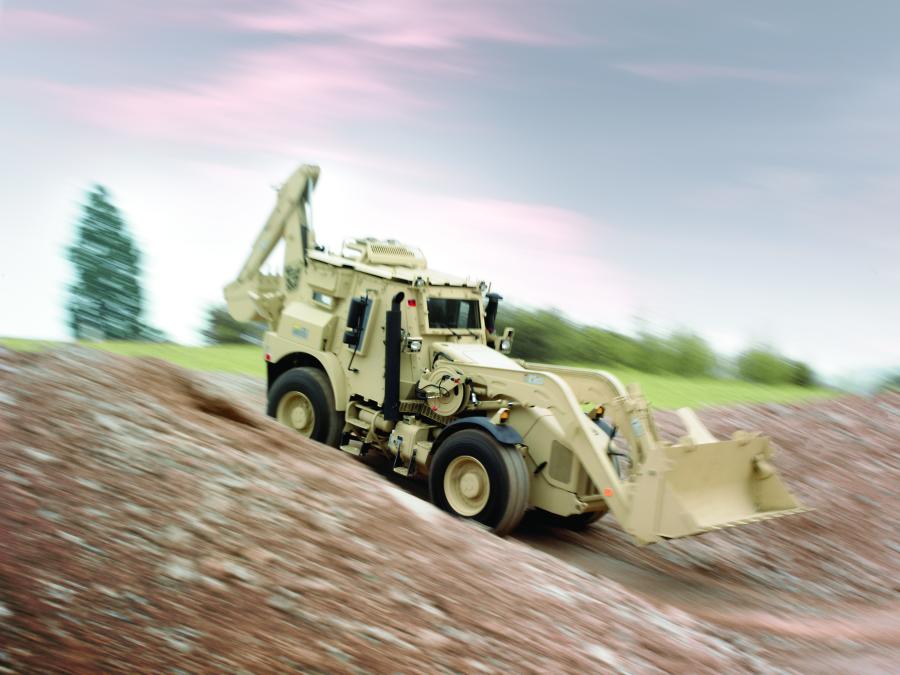 JCB has delivered more than 900 high mobility engineer excavators (HMEEs) to the U.S. Army and a further 80 HMEEs to nine allied militaries around the world.

JCB has received an extension to its current production contract with the Department of Defense to manufacture high mobility engineer excavators (HMEEs) for the United States Army. The $72.8 million deal for approximately 180 HMEEs will continue production through 2020. A new multi-year contract is expected in the future and will further HMEE production into the middle of the next decade.

JCB manufactures the HMEE at its North America headquarters near Savannah. In August, the company hosted military and community leaders, and visiting dignitaries, at the facility to commemorate the production of 1,000 HMEEs for the U.S. military and allied nations.

“The people of JCB are proud to build the construction machines our soldiers need to safely complete their military and humanitarian missions around the world,” said Richard Fox-Marrs, president and CEO of JCB North America. “This contract extension is great news not only for the men and women in uniform who depend on HMEEs, but for the many talented JCB people and suppliers in this region who contribute to this program's success.”

To meet the increased demand, JCB expects to double the HMEE production rate by mid-2019. To enable the higher production rate, the company will add approximately 20 positions over the next nine months.

“The growth and success of the HMEE program positions JCB well for other construction equipment programs within the Department of Defense and other government agencies,” said Chris Giorgianni, JCB vice president of government and defense. “In addition to the new HMEEs, we will soon begin delivering 1,600 forklifts to the Army. Beyond that, we are looking at other Defense opportunities that can benefit from our commercial equipment prowess.”

The HMEE is a mobile, versatile construction machine well-suited to a range of military and disaster relief missions, including earthmoving, fortification construction and ground clearing. The design leverages JCB's proven commercial products, including the 4CX-15 SUPER — the largest backhoe loader available in North America and the JCB Fastrac — the world's fastest production tractor, according to the manufacturer.

In addition to its top speed of 55 mph, the HMEE is certified for military transport on ships, rail and aircraft, and for airdrop operations. It is available in various configurations including an armored specification.

In 2005, JCB won the first multi-year production contract for 636 machines, valued at approximately $209 million, with an additional service contract worth approximately $20 million. Subsequent contract extensions and international sales have boosted production to 1,000 machines.