To make the attendees as comfortable as possible (out of the burning sun and potential rain), the auction was simultaneously held under three tents, with each tent offering different sets of equipment. The machines were shown via video taken over the past month, once they arrived at the auction site. CEG 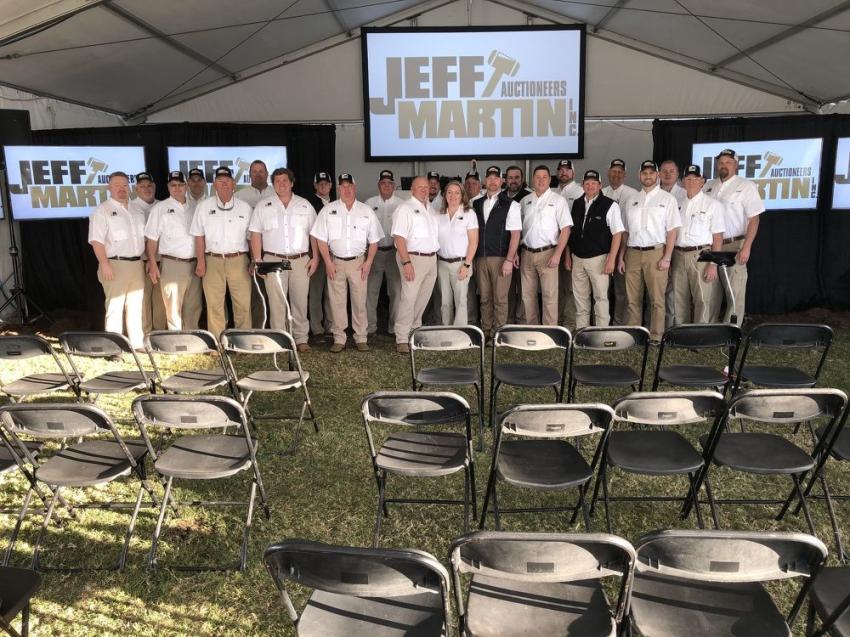 Shown are most of the Jeff Martin Auctioneers team. 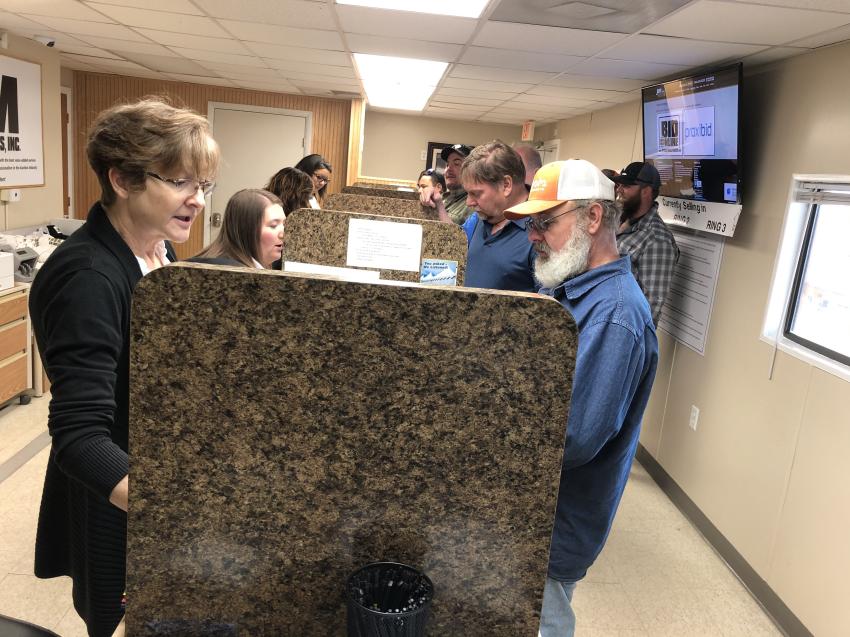 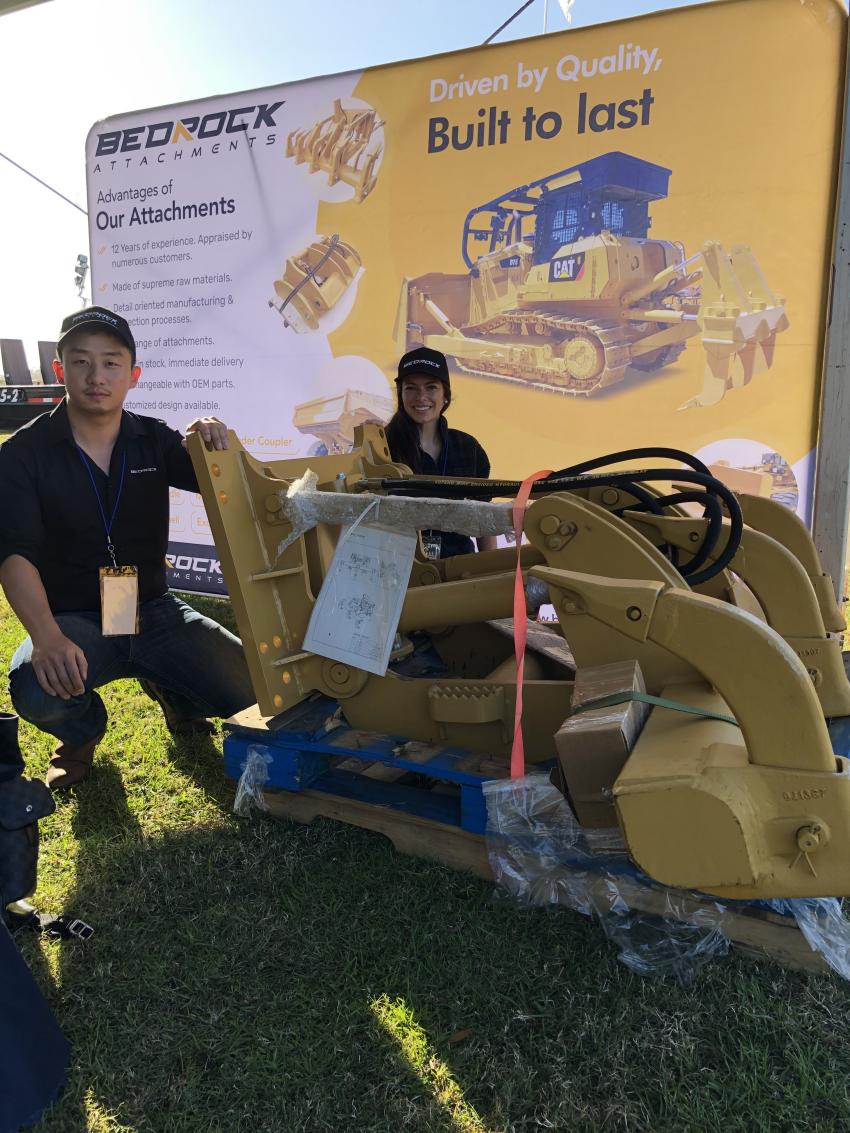 Bedrock Machinery in Irvine, Calif., displayed their ripper for a Cat D3, 4 or 5. Pictured (L-R) are Jack Yao and Giuliana Rossi. 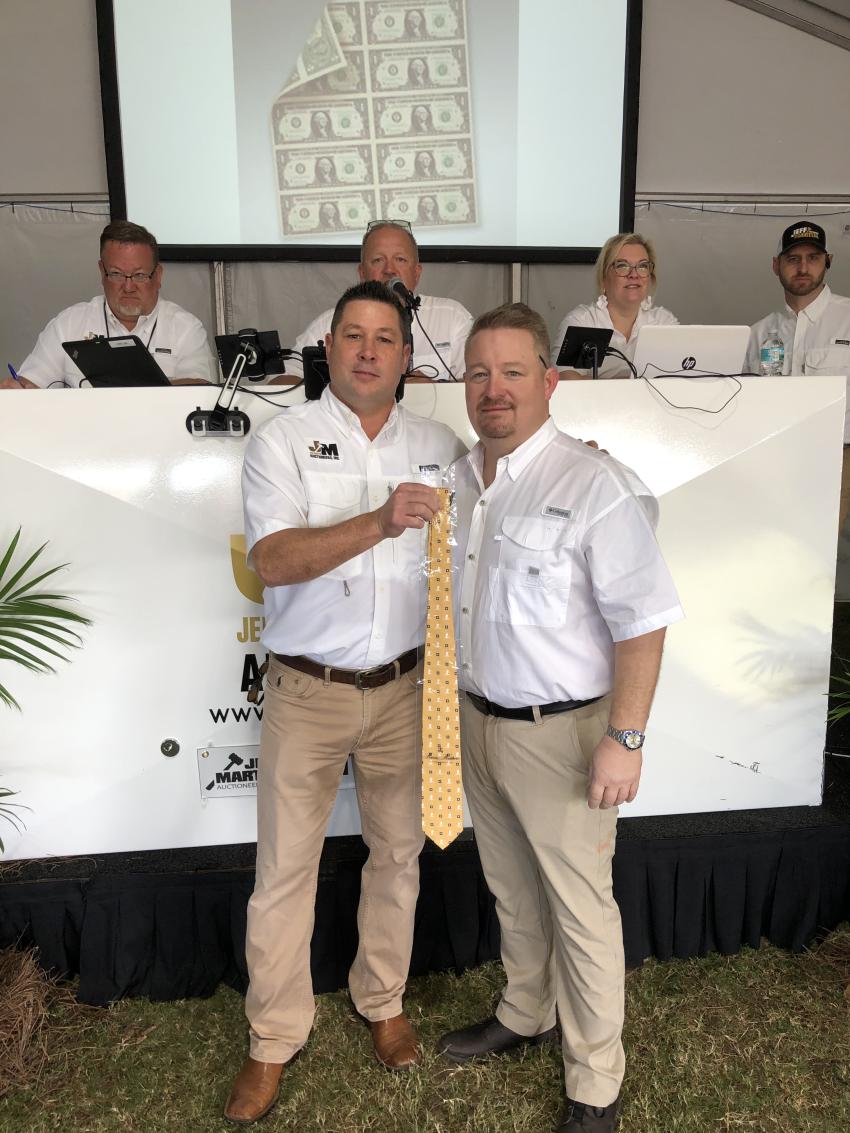 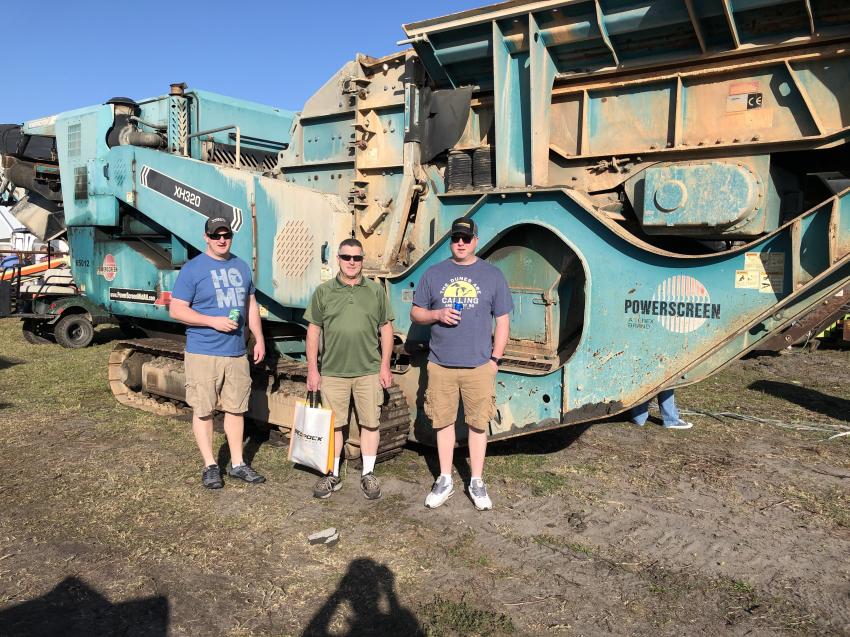 (L-R): Chris, Alan and Jordan Leman of All Aggregates in Traverse City, Mich., were interested in this Powerscreen XH320 mid-sized horizontal impact crusher. 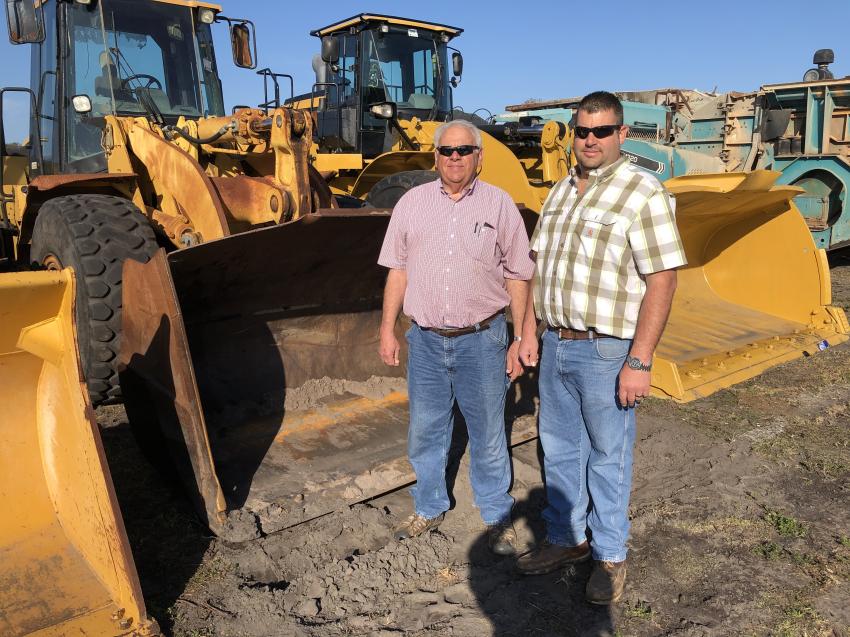 Rick (L) and Richard Sowers of Sowers Construction Company in Mt Airy, N.C., were looking over the wheel loaders. 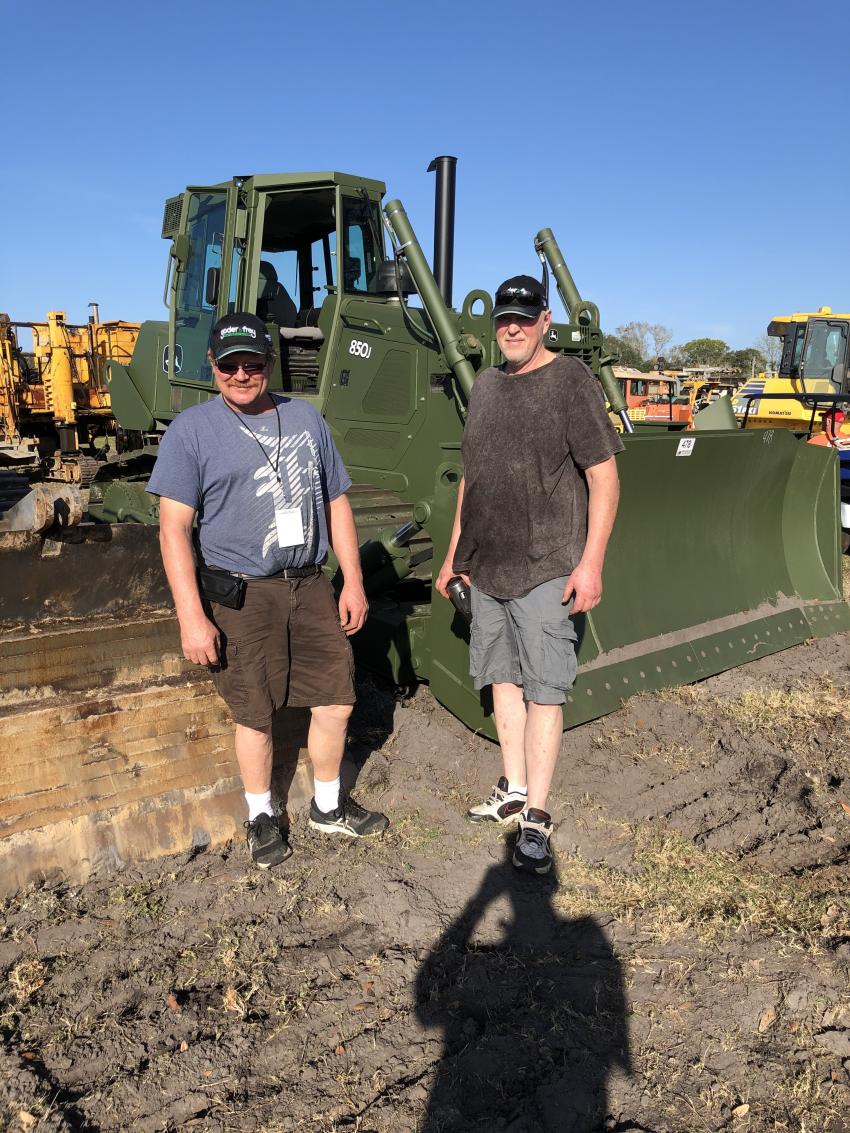 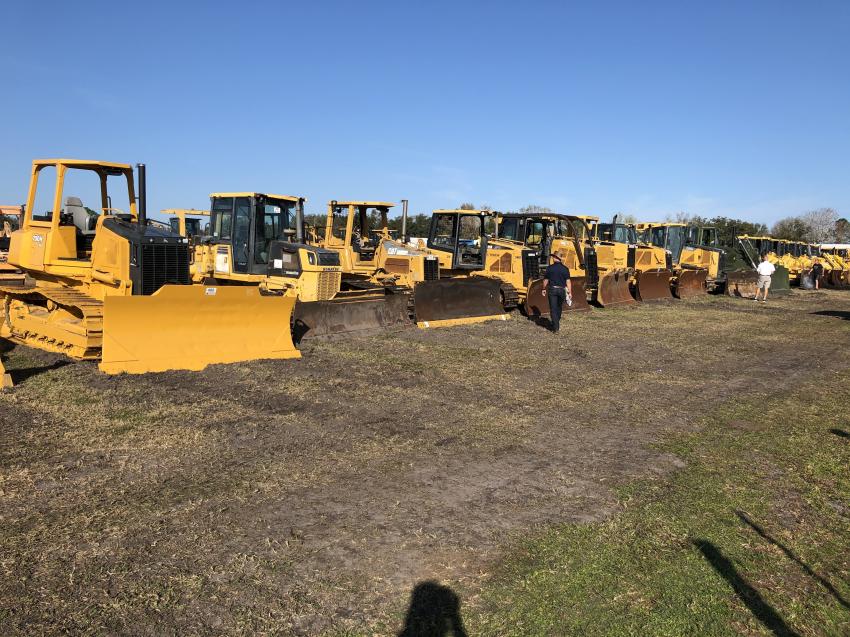 The bidders had a nice selection of Komatsu, Cat and John Deere dozers. 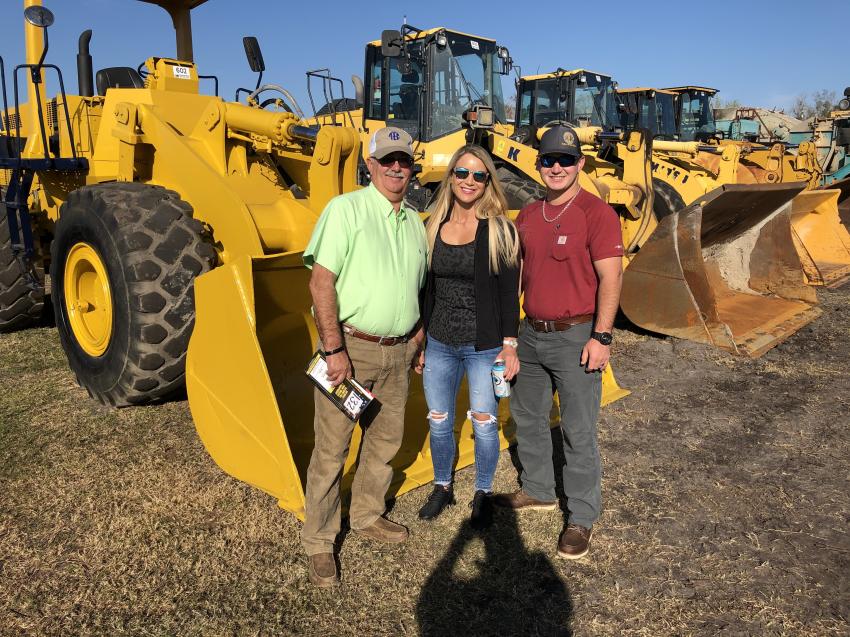 (L-R): Don and Renee Bullard with Stuart Williams, all of Ballard Excavating in Andalusia, Ala. Don has been coming to the Kissimmee auctions for 45 years and always buys a machine or two. 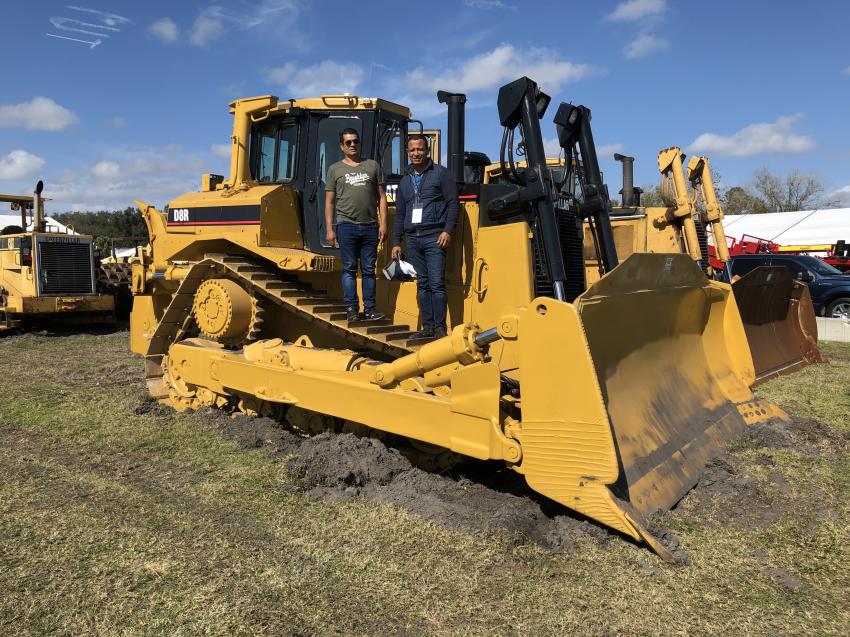 Jimmy Villabos (L) and Fernando Contreras of V&C Mining in Colombia liked what they saw in the Cat D8R and planned to bid on it. 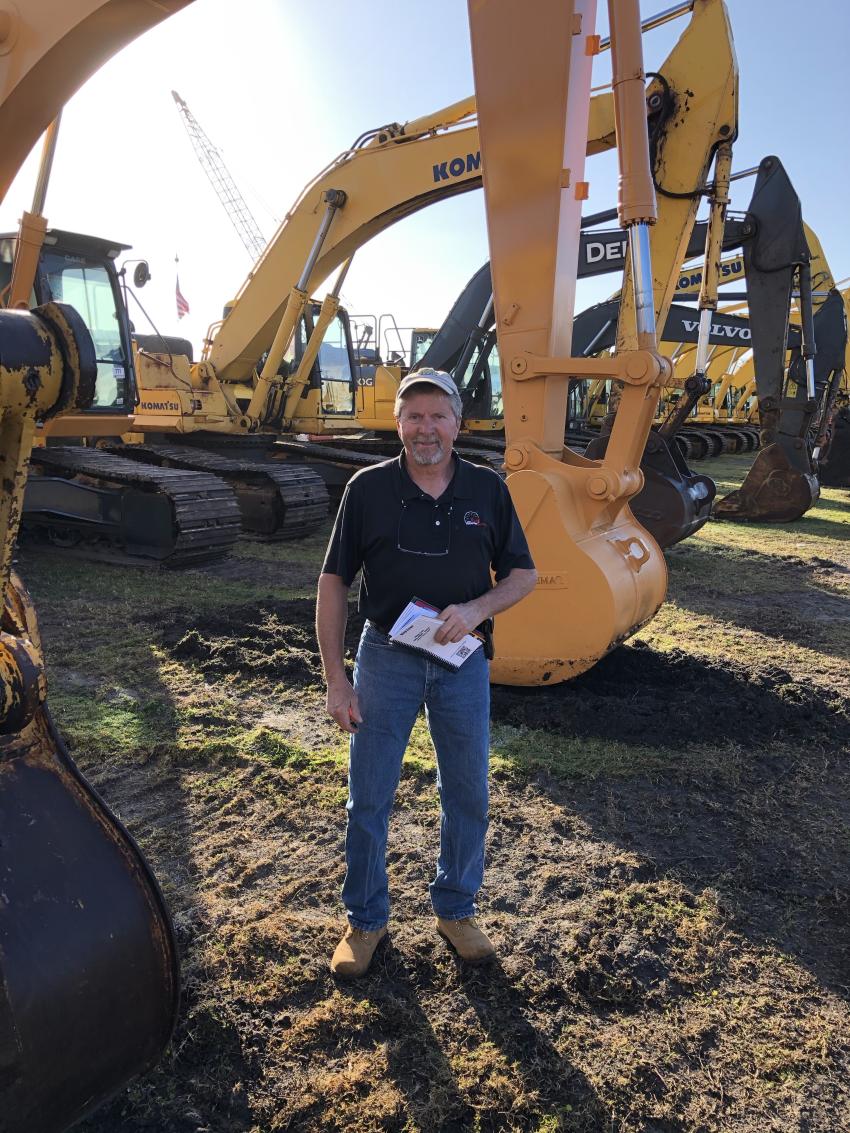 Dan McHugh of Brookside Equipment Sales came in from Phillipston, Mass., to review the excavators up for bid at the Jeff Martin Auctioneers’ Kissimmee auction. 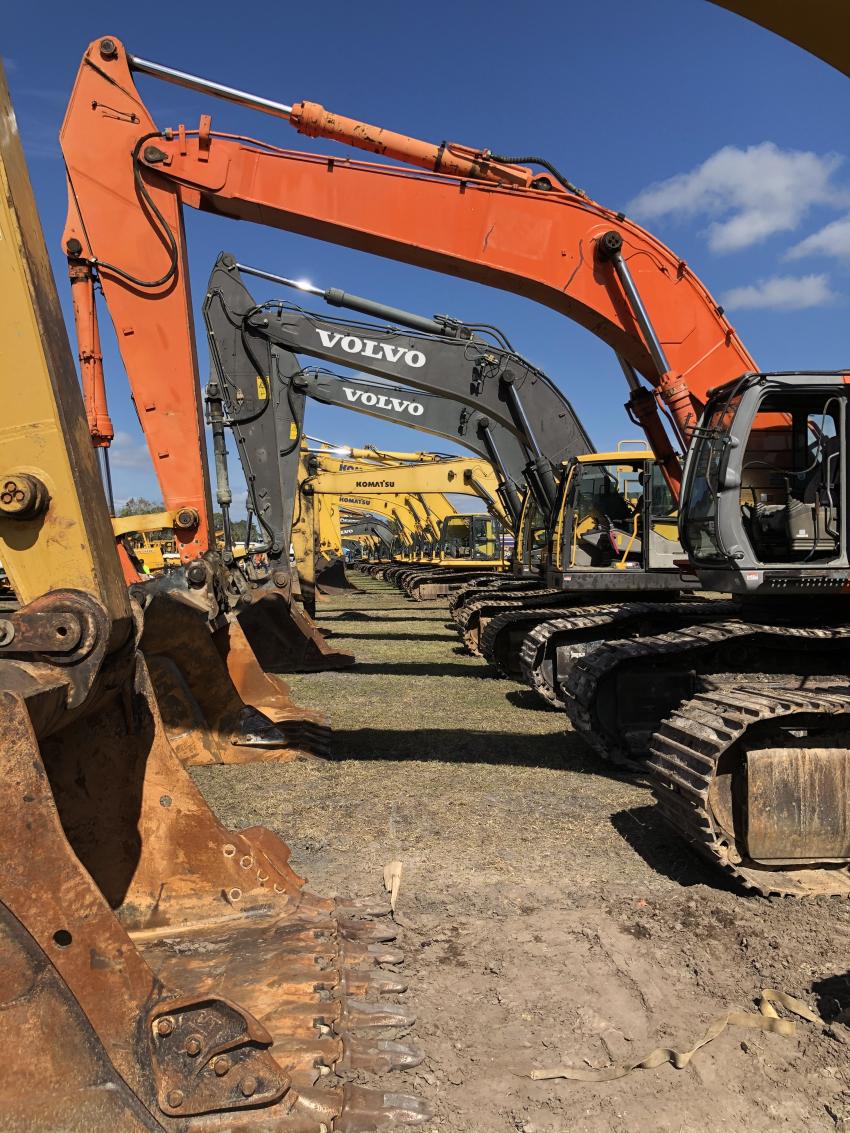 There were many excavators for the contractors to choose from. 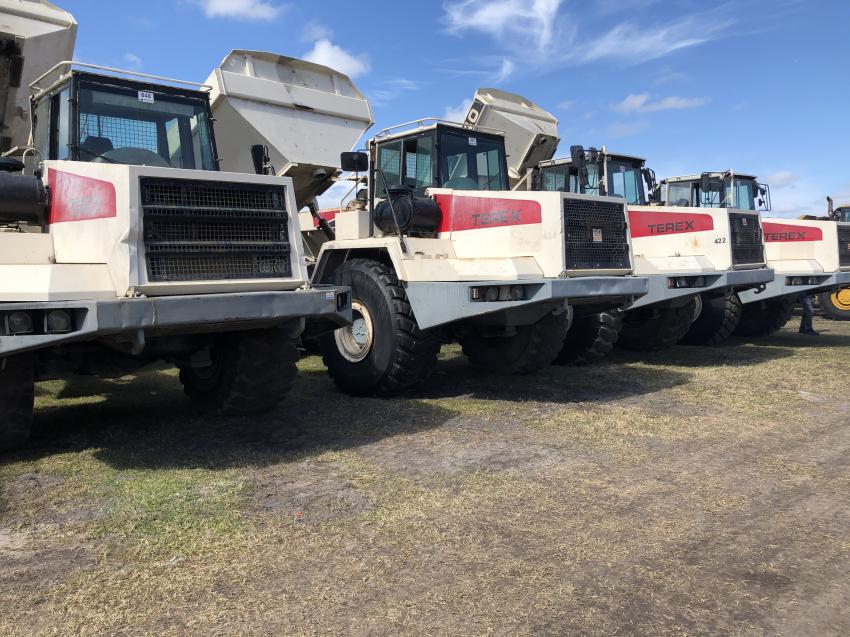 This set of Terex 40-ton artic trucks were sold to a contractor in Virginia. 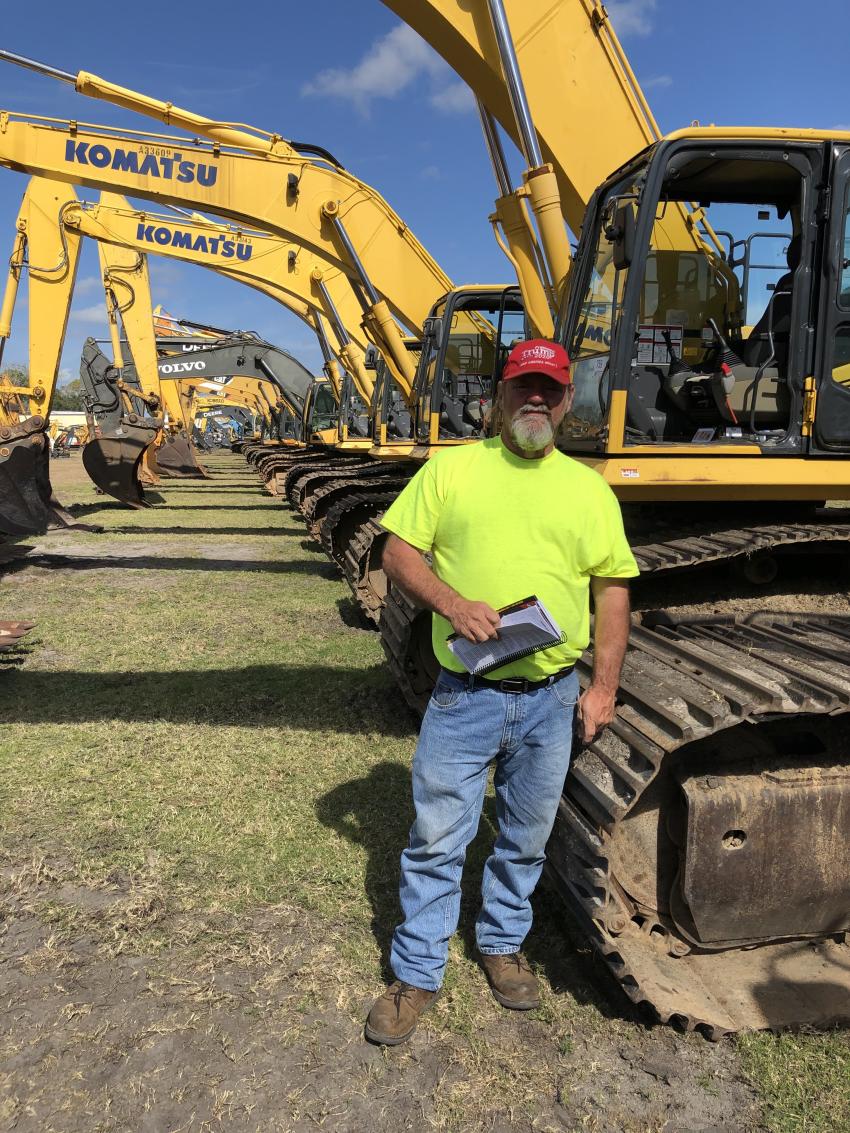 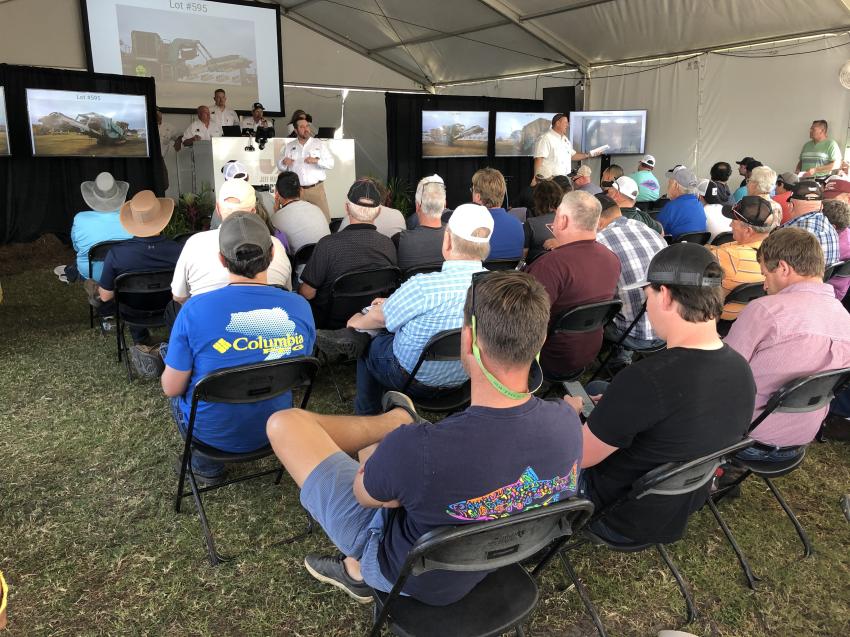 Bidders view the items up for auction. 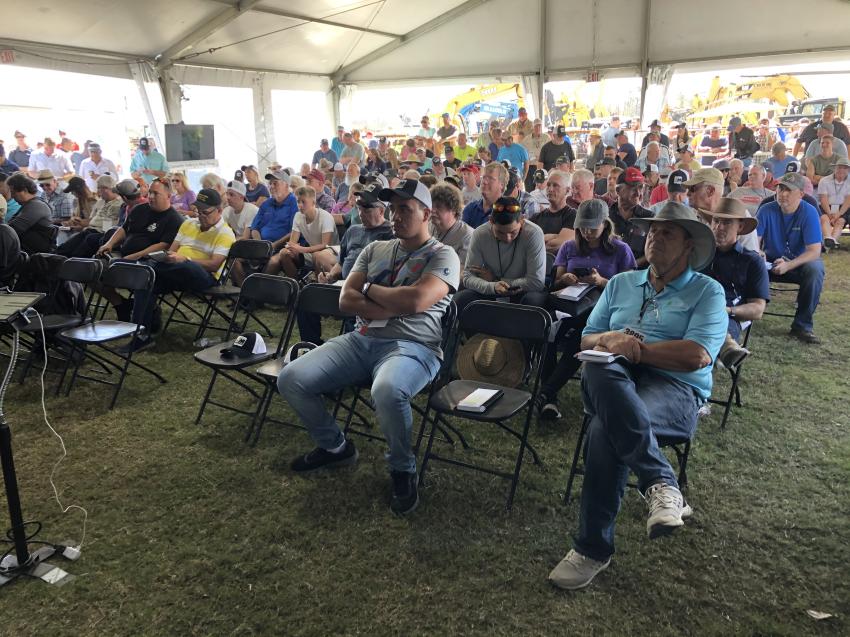 The bidders enjoyed a comfortable environment to bid. 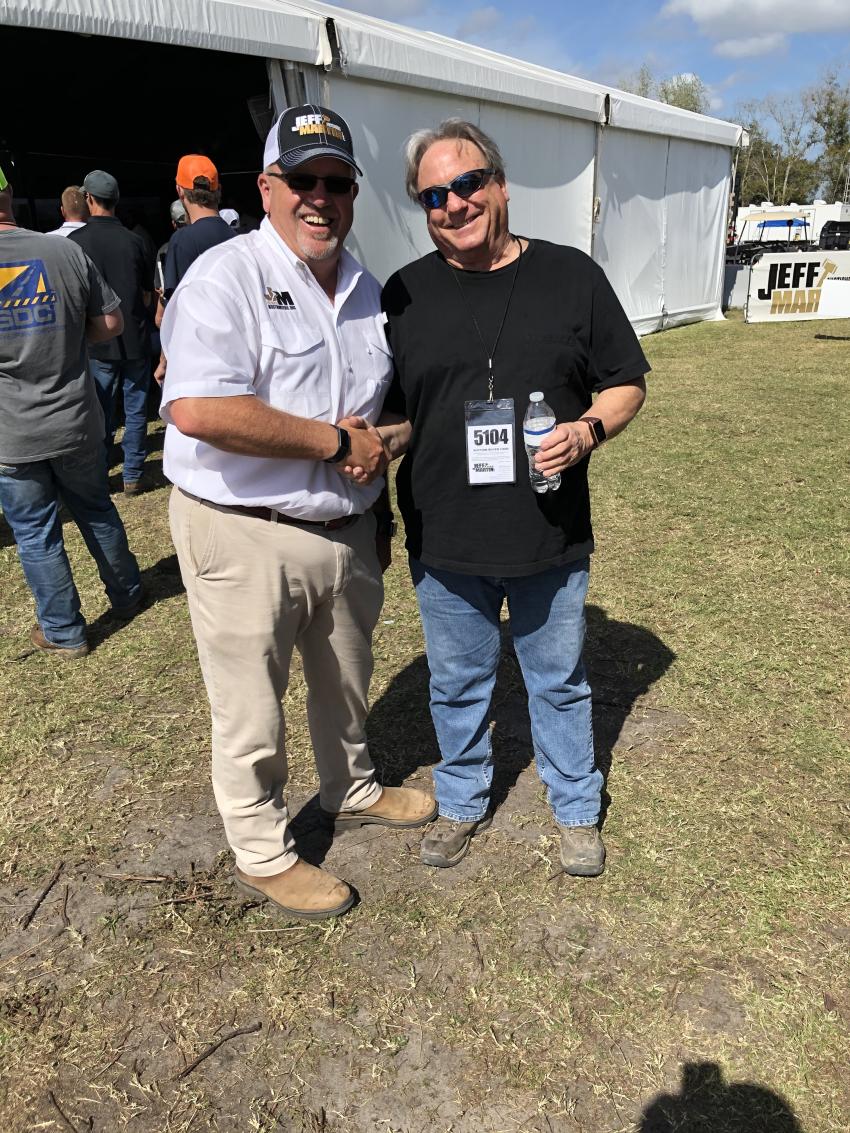 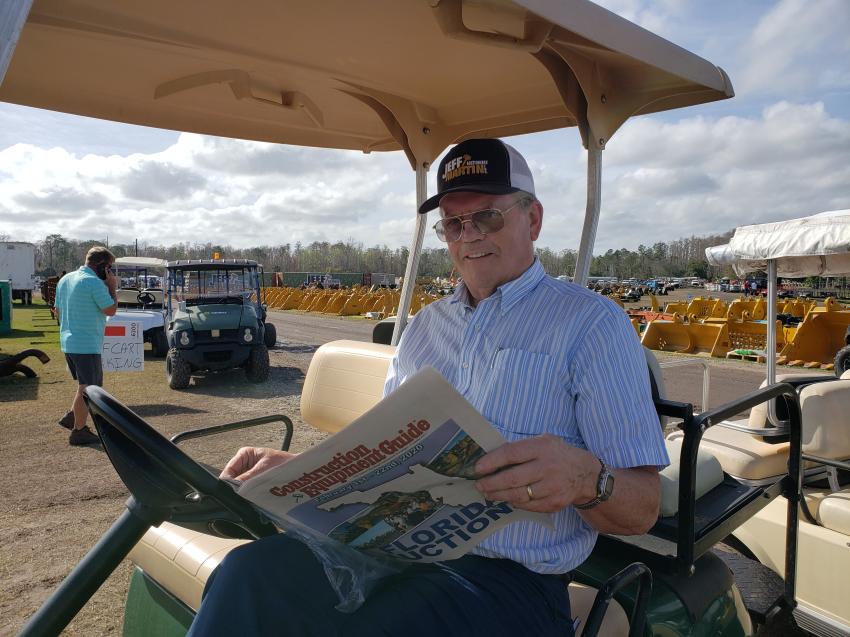 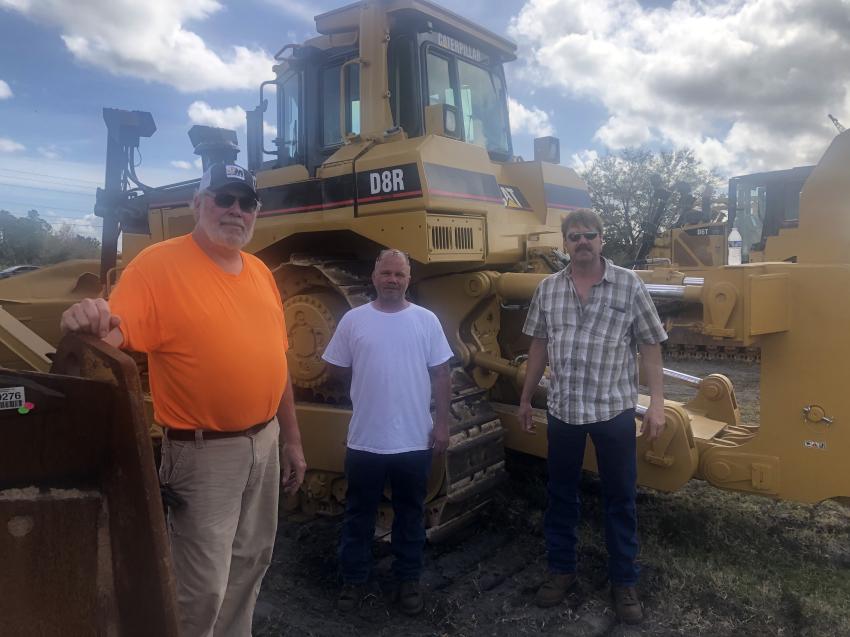 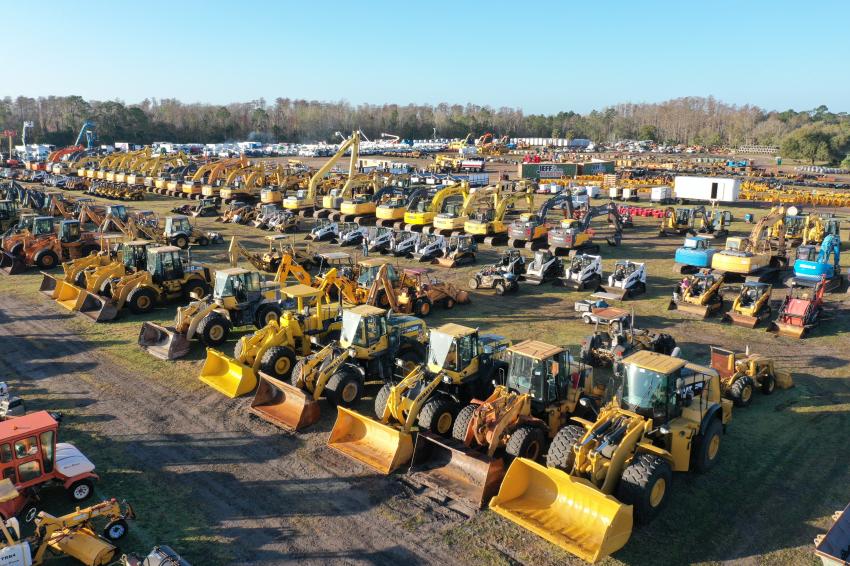 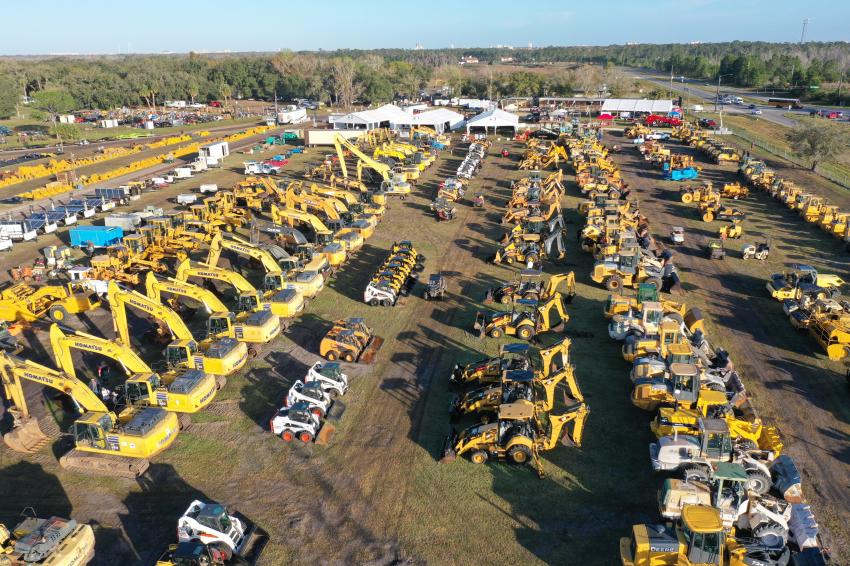 Particularly high numbers of bids and prices were realized in crawler tractors and the entire selection of compaction equipment. 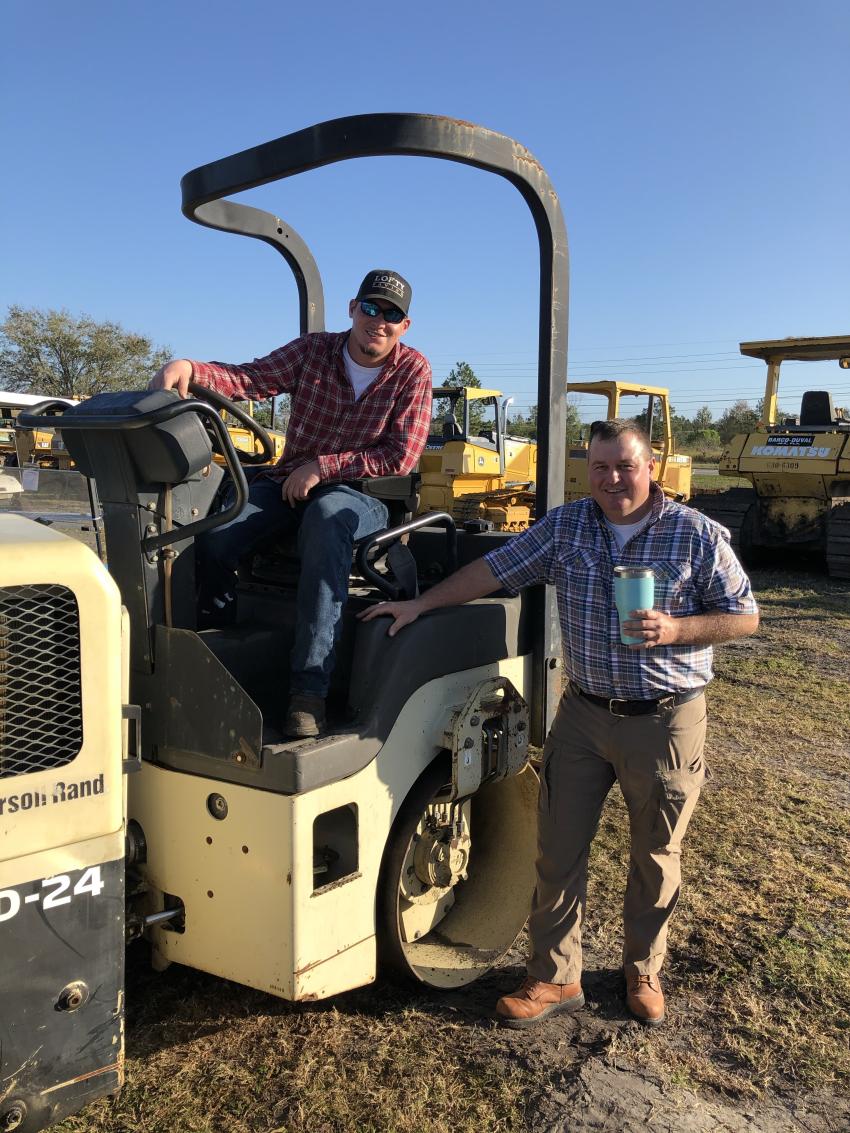 Brian (L) and Caleb Lofty of Lofty Paving, based in Dunlap, Tenn., give this Ingersoll Rand roller the once over while considering a bid. 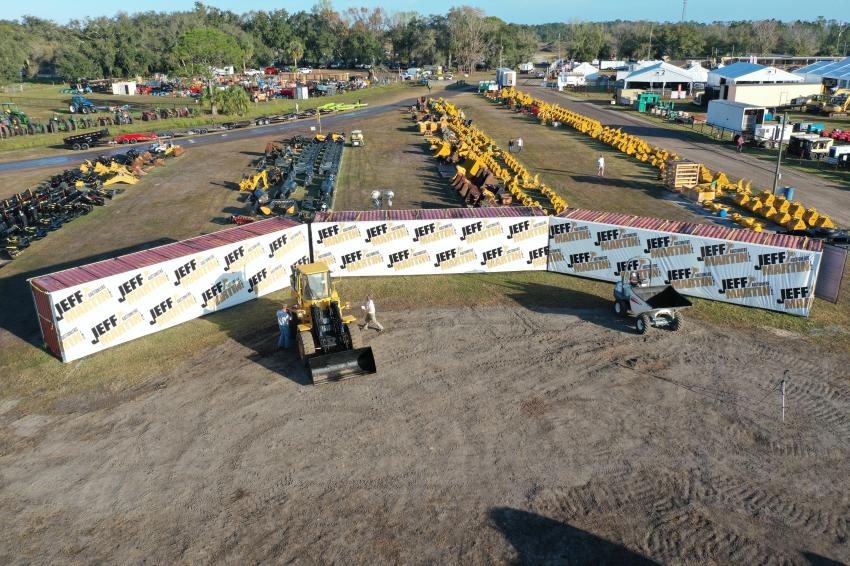 The staging area of Jeff Martin Auctioneers’ Kissimmee sale was always a flurry of activity. 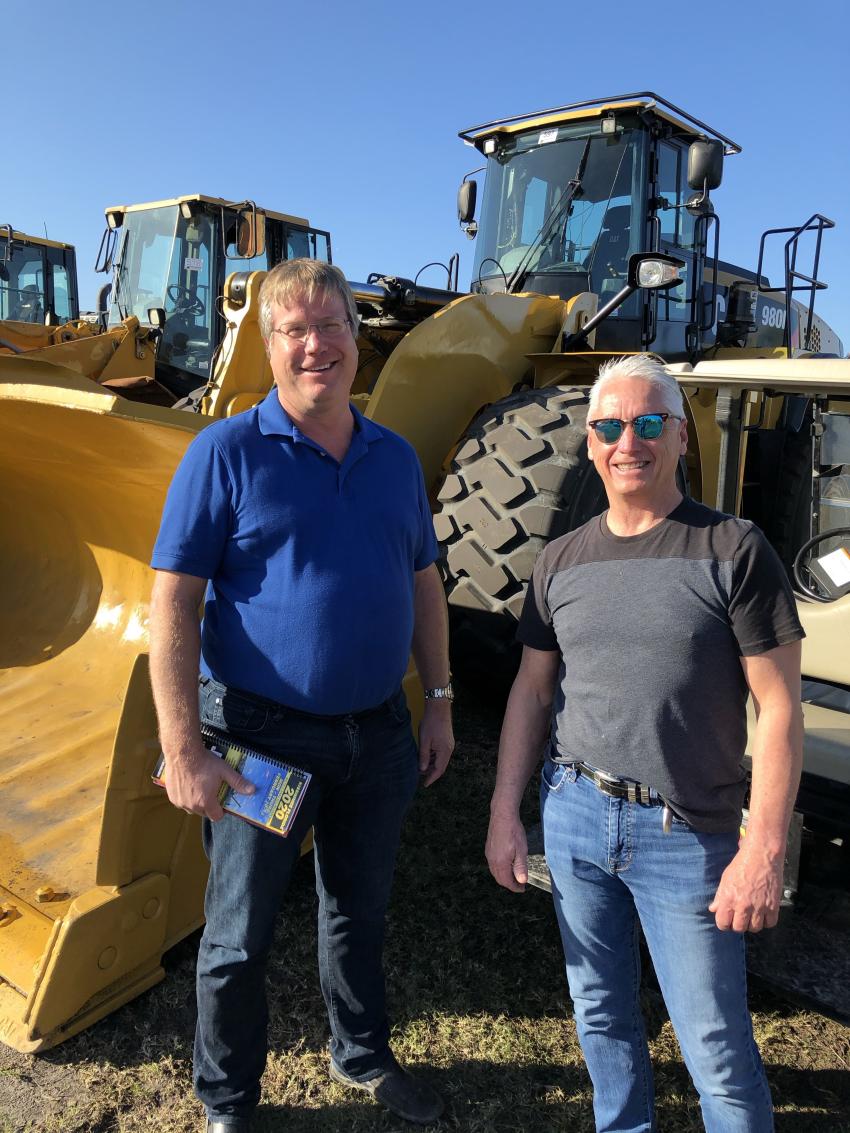 Jim Weber (L) and Ron Frost of Ohio Mulch were at the Jeff Martin Auctioneers Kissimmee auction in search of wheel loaders. 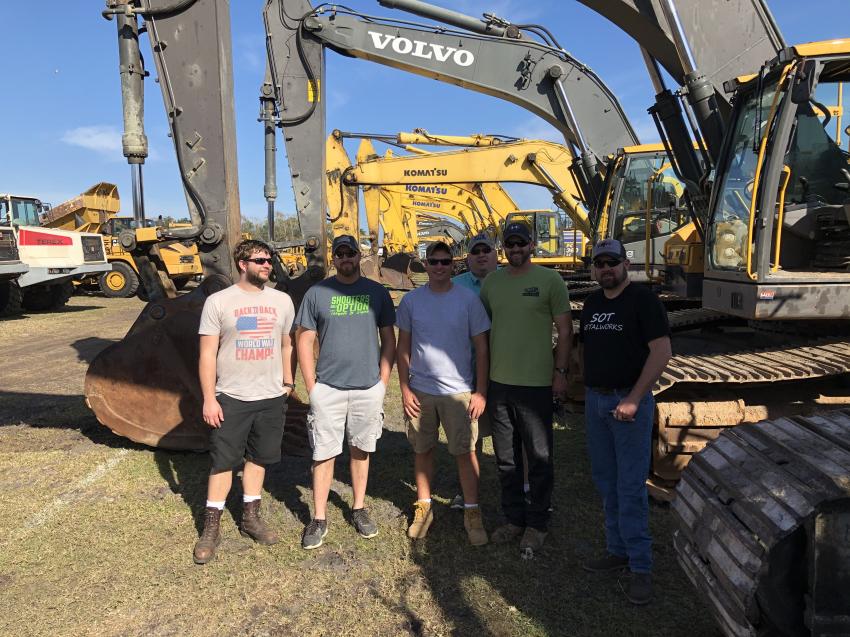 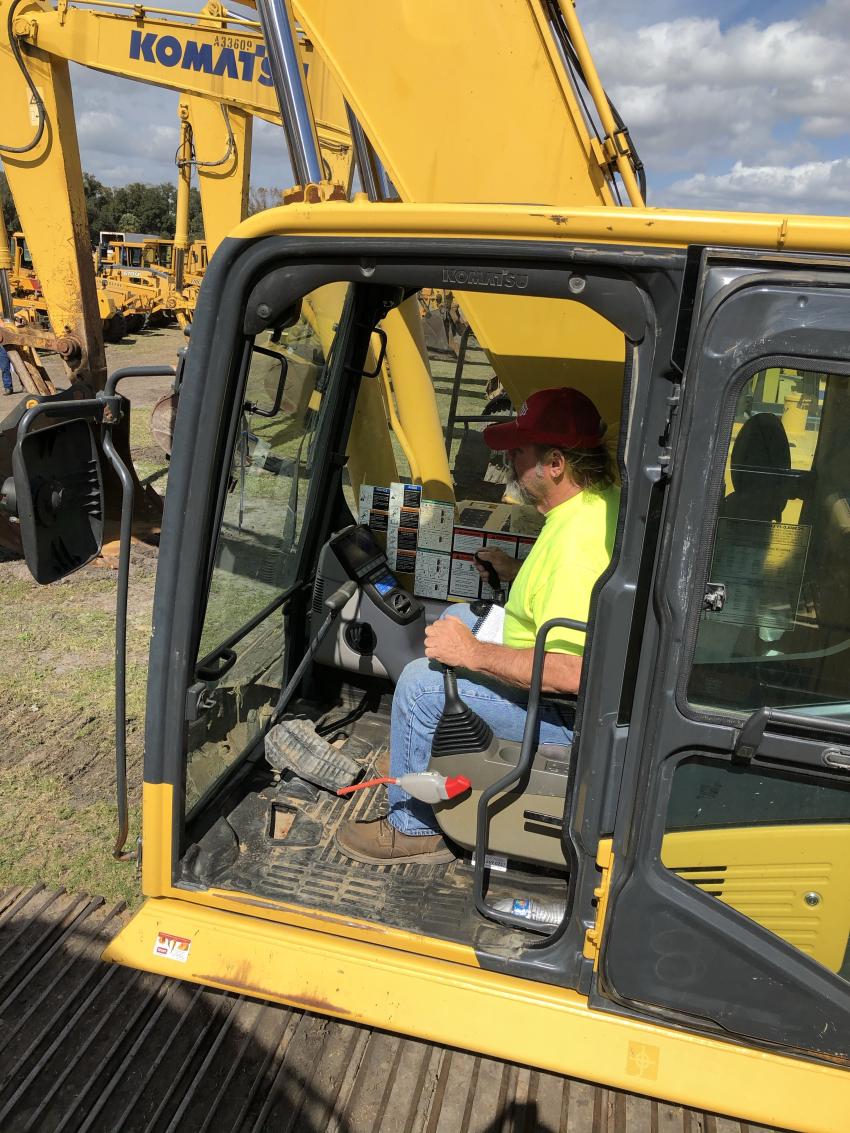 Steve Jordan of Steve’s Stone & Contracting, based in Andrews, N.C., puts this Komatsu PC 360LC excavator through its paces at the auction. 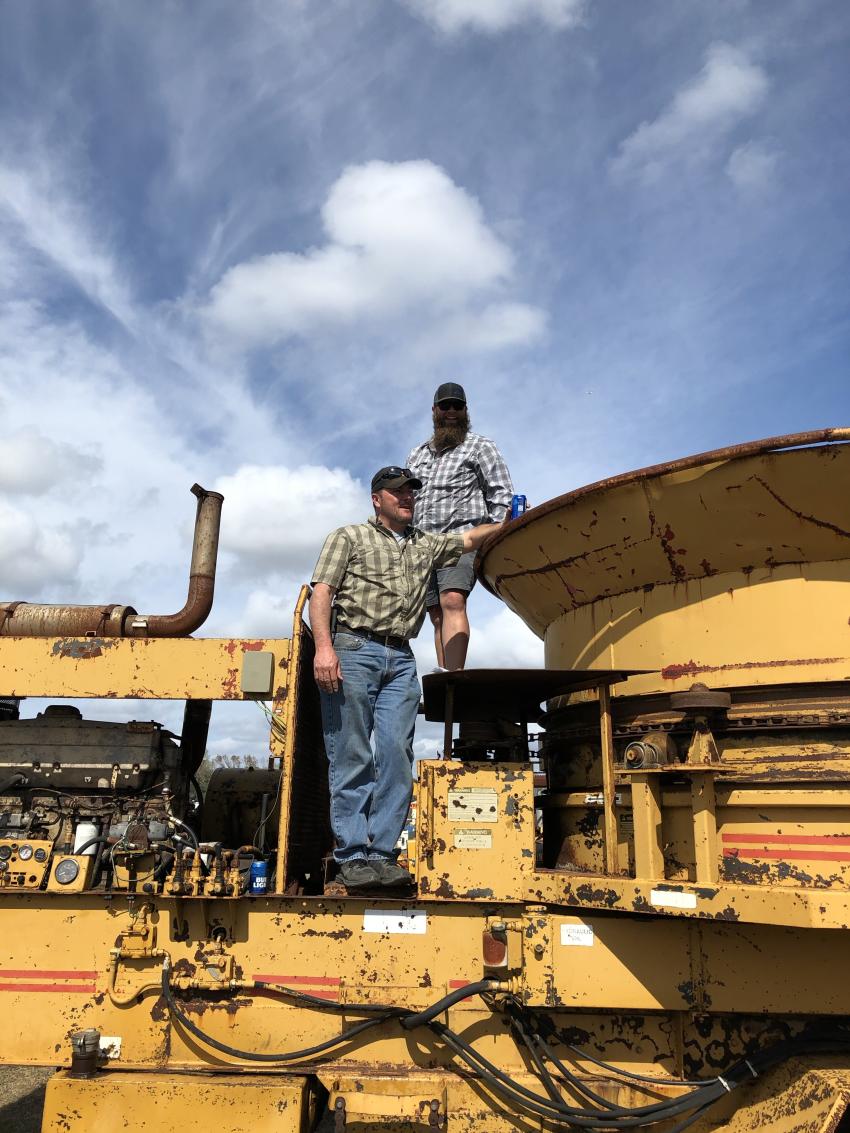 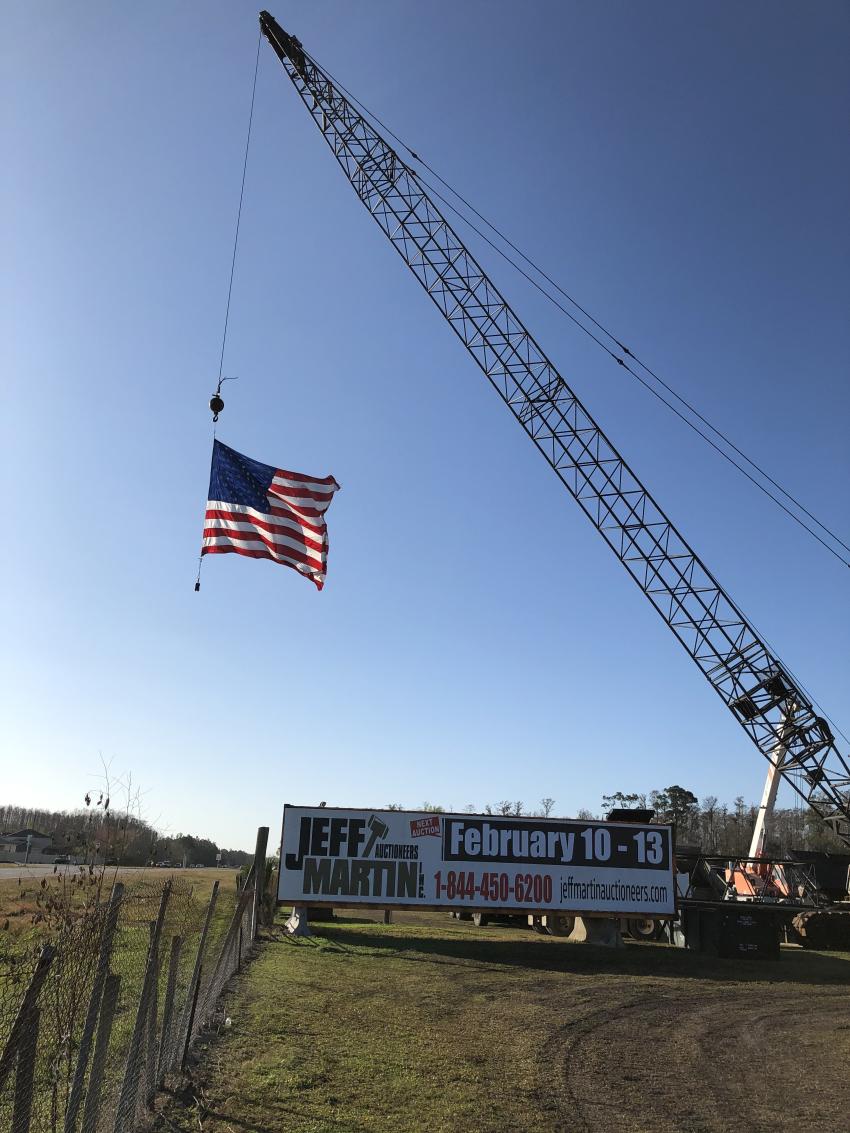 Jeff Martin Auctioneers greets patrons of its 2020 Kissimmee sale with a patriotic display. 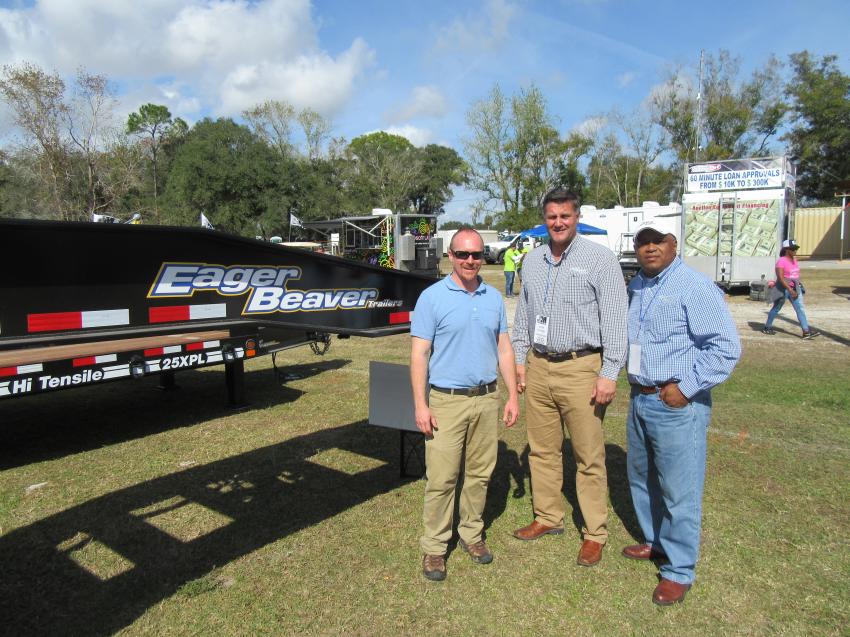 (L-R): Ben Flowers, Kevin Ferringer and Johnny Gomez of Eager Beaver Trailers were in the exhibit area at the Jeff Martin Auction in Kissimmee to talk about the company’s line of trailers. 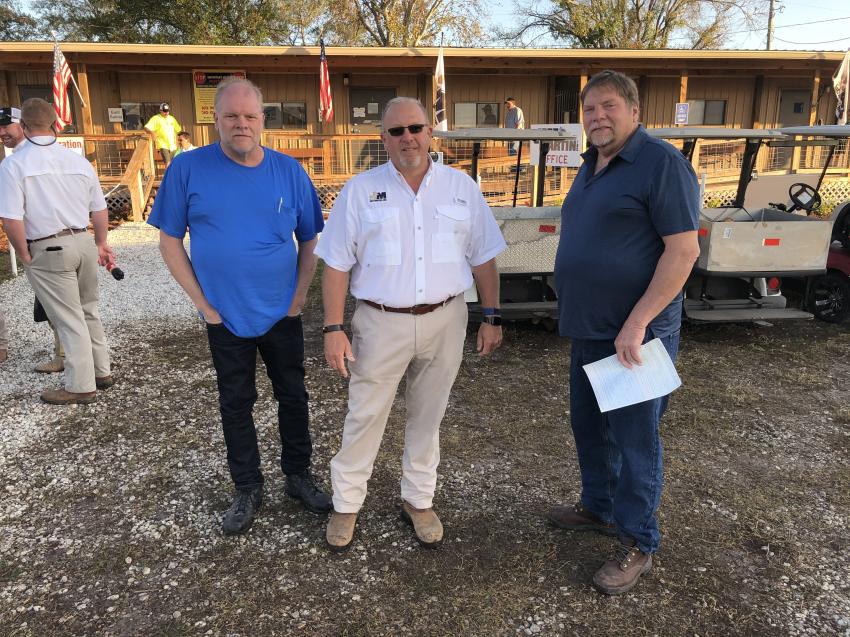 Jeff (L) and James Lautanen of Jeff Lautanen in Jefferson, Ohio, are welcomed to the sale by Jeff Martin (C).