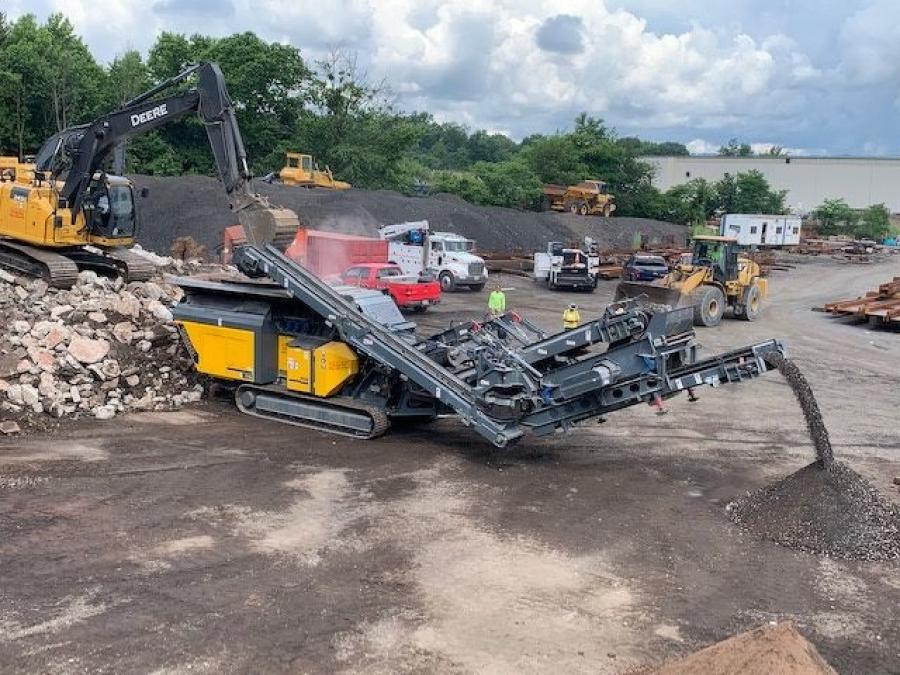 One choice item on Stilo Paving’s service menu are the street projects it does involving paving/milling jobs for various towns and cities within 90 minutes of its Middlesex County location.

Much of that is due to the owners, Bob and Patricia Stilo, keeping it a family-owned company, with two of their children heavily involved in its management. Son Bobby Stilo serves as the director of engineering, while daughter, Julie Stilo is director of finance. 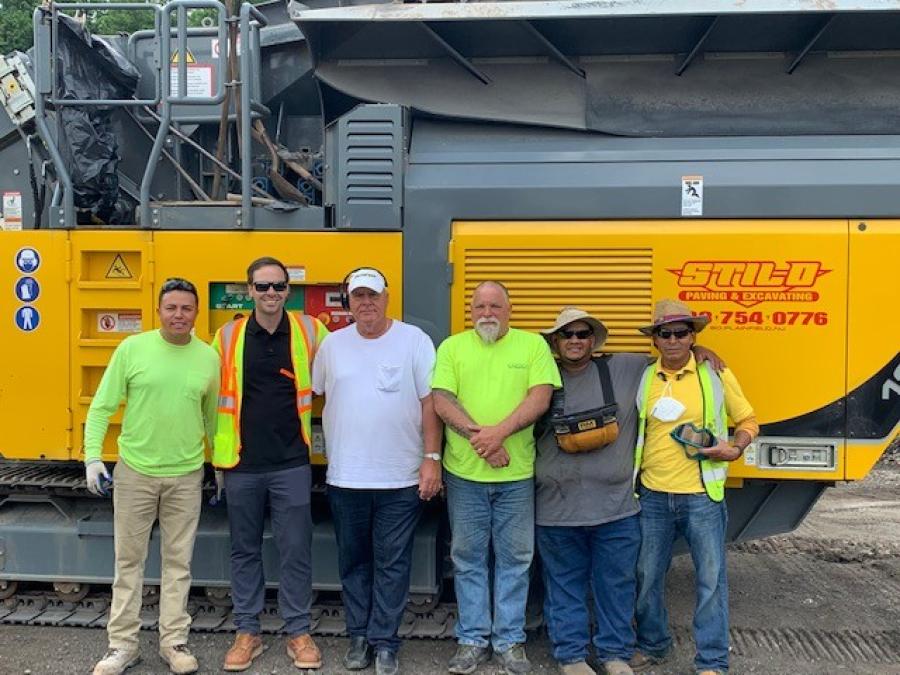 But, Stilo Paving & Excavating also improves itself constantly by keeping an eye out for innovative new equipment it believes will add to its bottom line.

Bobby Stilo said when his parents founded Stilo Paving, the work was "small stuff, like patching and driveways, with only a few guys and a mason dump truck. It took the company a couple years to get into excavating, where we were digging basements and sewer connections. We probably had a backhoe, two pickups, a dump truck and a trailer."

Bobby Stilo himself worked almost every summer at the company as he was growing up, he said, before coming aboard full-time in 2012 after college.

One choice item on Stilo Paving's service menu are the street projects it does involving paving/milling jobs for various towns and cities within 90 minutes of its Middlesex County location.

"For example, we do a lot of work in Union Township, like the current small municipal complex project and several roads around town," Stilo said. "The township is improving its parking situation at the complex because it is really strapped for spaces. We are expanding the lot, creating a half-size basketball court and doing some landscaping improvements.

"On the asphalt side of the business, our concentration is the paving and milling of roadways, like public works up to the county level," he continued. "We also do larger parking lots, but we have gotten away from doing residential projects like we did in the beginning so we can focus on commercial public and retail projects. On the site work side, we're doing new hotels, warehouses, car dealerships — you name it."

To accomplish those tasks, Stilo Paving uses, among other pieces, its cold milling machine, and one of its four pavers, including the first the company ever purchased in 1986. 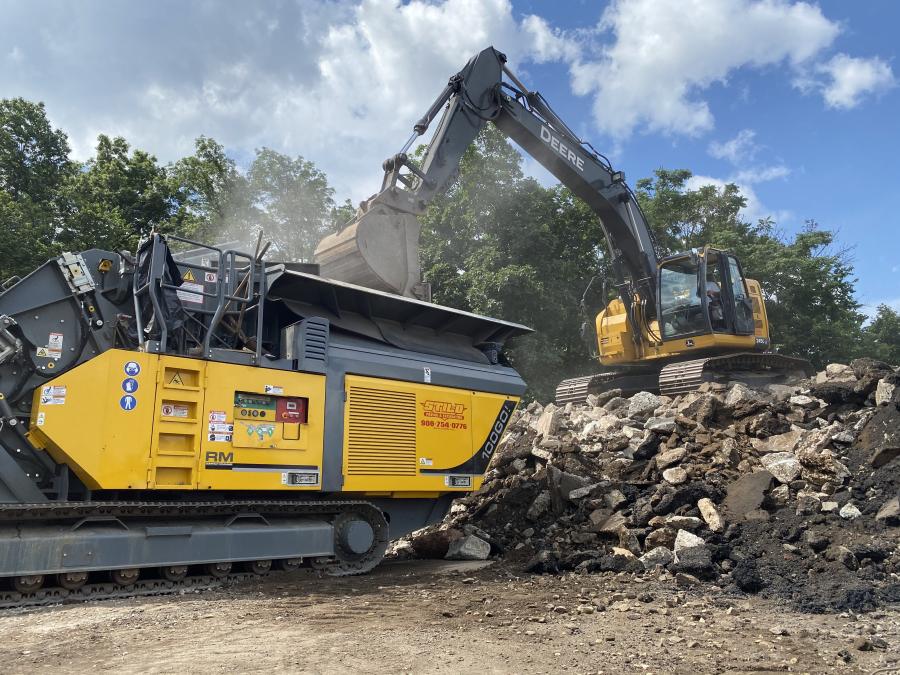 Stilo Paving also has invested in Rubble Master equipment to make material screening and crushing a big part of its business. The manufacturer's RM100 has grown to be an integral tool for the contractor's business. It was purchased several years ago from CC&T, now a division of GT Mid Atlantic, a dealership with locations in Delaware, Pennsylvania and Maryland, as well as New Jersey.

Bobby Stilo said that his company has grown with the RM product line as it first bought an RM70 model, before trading up, first to the RM80, then to the RM100 model.

"We did so because our dumping costs were the highest in our company," said Mike Peake, Stilo Paving's operations manager. "It's expensive to recycle materials from curbs and sidewalks. By doing it with RM crushers, we recycle all that product ourselves."

"Yes, and by not paying the tipping fees to get rid of it, we are generating materials that we can turn around and use," added Stilo. "We usually haul those materials back here to South Plainfield to where we keep the crusher."

Back in the spring, he said Stilo Paving performed a large amount of excavation and site work at the BAPS Temple, a Hindu place of worship in Edison. There, its crews also performed demolition of an old temple so that a new one could be built. That also meant a lot of crushing work for the company.

"It was an interesting job in that they built the new temple next to the old one," Stilo said. "Demolition is not one of our main services, but if we can incorporate that at a job we bid where we are also doing the site work, we will do it. We don't really seek demo-only projects, however." 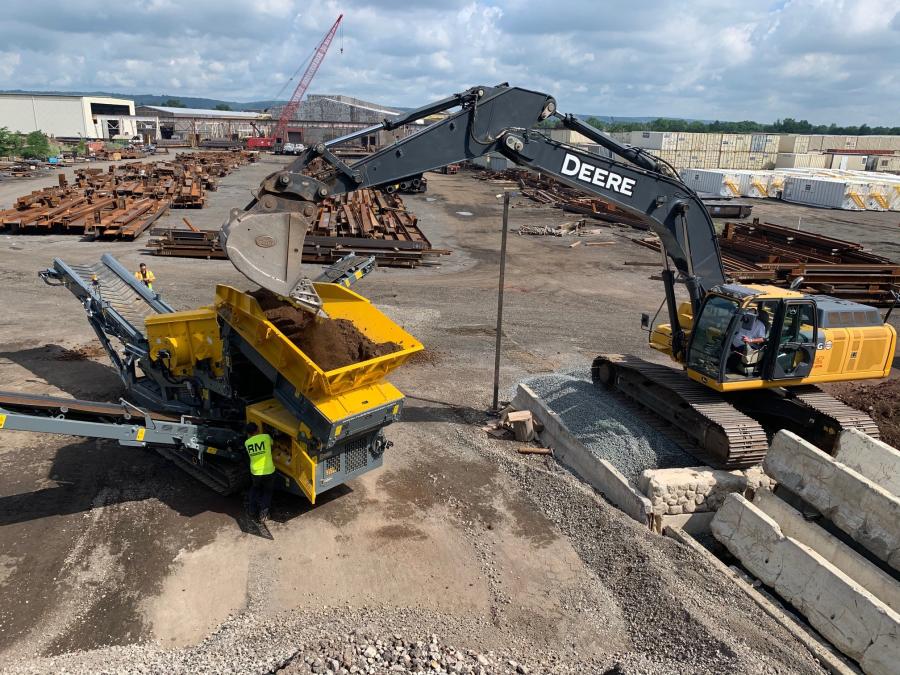 The BAPS Temple project was a big one for Stilo Paving, as evidenced by the fact the company removed 40,000 to 50,000 cu. yds. of material, he said.

In fact, the RM100 was only briefly on site to crush the concrete foundation of the original building that was demolished, a rare occurrence because the crusher is mostly a home body.

"We are certainly getting our money's worth with that machine because we use it so much," Stilo said. "The temple job was also unique because, generally, the crusher stays in our yard and we bring everything to it, where we process and take the material out. But, because the work at the temple project was so large, having the RM100 there saved us a lot of money on trucking just by doing the crushing on site."

Peake was quick to point out that the company does not sell any of the materials it makes from its crushers and screeners. Rather, it is all recycled for use on Stilo Paving's own projects.

Recently, Stilo Paving took another growth spurt with Rubble Master when it began using a new RM HS3500 scalping screening plant for use on its curb and sidewalk projects, which also generate a large mix of dirt and grass. The contractor has need for a machine that can screen those materials for reuse on other projects.

"Since the RM100 has been so helpful and saved us a lot of money, we hope the RM scalping screening plant will as well because it's hard to find good topsoil," Stilo said. "Dealing with soil is becoming more and more difficult. If we can create some of it in-house, that would help a great deal. We will be able to control the quality of the topsoil ourselves, too, and come back with a clean product." 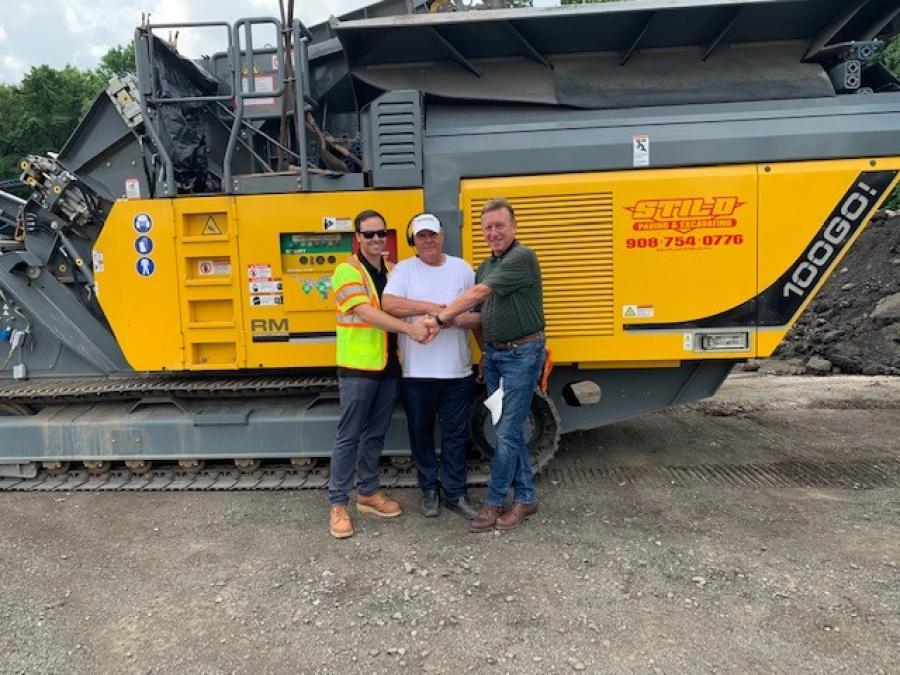 The folks at GT Mid Atlantic have continued to lend a big hand to Stilo Paving over the years and through the dealership's Senior Vice President Sean Collins, the contractor has been able to get top of the line sales and service.

"Their mechanics are very knowledgeable about Rubble Master, so whenever we have a question, they answer it right away," said Bobby Stilo. "They even put us in touch with Gerald Hanisch, CEO and founder of Rubble Master, an Austrian gentleman who came out and talked to us about the equipment. It was neat to be able to speak with someone that highly ranked within the company."